U.S. global engagement must continue after Nov. 8, for the good of Ohio and of the nation: Bob Taft and David Wilhelm (Opinion) 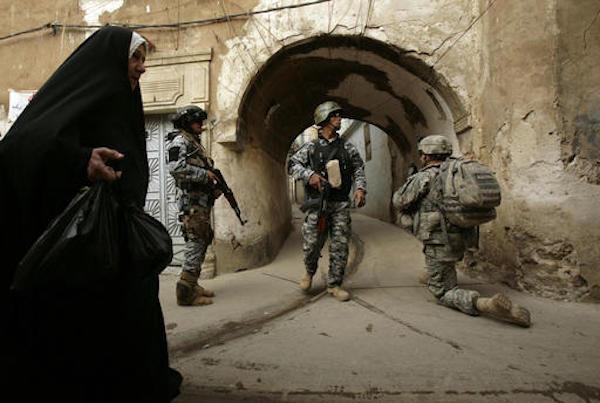 These days, you will be hard-pressed to meet a Democrat and Republican who agree on the color of the sky, particularly in an election year.

While we have our political differences, the two of us find commonality in one particular issue: America's global leadership. To address the difficult and ever-growing challenges around the globe, from building the alliance to defeat the Islamic State to stopping the spread of the Zika virus, we must strengthen America's diplomacy and development programs.

As natives of Ohio and public servants, promoting the welfare of Ohioans is at our core. We have both worked to bolster jobs and the state's economy, protect our citizens, and advance the Buckeye State here at home and around the world. From volunteering in Tanzania with the Peace Corps and working on renewable energy projects in developing countries, each of us knows firsthand how important it is for America to be engaged overseas.

Our nation's diplomacy and development tools provide opportunities to not only increase economic engagement for Ohio-based businesses, but also to strengthen our national security, and reinforce our values as a nation. With this small but strategic investment, our international affairs programs build stability in conflict zones, stop the spread of diseases like malaria and Ebola, provide education and economic opportunities to women and girls, and help lift billions out of extreme poverty. This legacy — of providing a hand up, not a hand out — is one we should all proudly stand behind.

While our international affairs programs make up a mere one percent of the federal budget, they save us an immeasurable amount in taxpayer dollars and, most importantly, the lives of our service members by preventing conflict.

To honor those who dedicate their lives to protect our nation, we shouldn't place them in harm's way unless it's absolutely essential to our national security.

Alongside our troops, the work of our diplomats and development professionals across the world saves lives and opens doors to business and trade opportunities in new and emerging markets for Ohio companies. In fact, annually, Ohio has exported more than $50 billion to foreign markets -- and 89 percent of those exporting are small and medium sized companies.

Foreign assistance works for America: Eleven of our top fifteen trading partners were once recipients of U.S. assistance, from Brazil to South Korea.

Promoting fairness, reducing corruption, and creating stable markets for U.S. companies is not just good for other countries; it also creates jobs here in Cleveland.

These issues are especially important as we prepare to elect our next leaders into office. From Cleveland to Cincinnati to Columbus, we know that our state sits at the center of the American political map.

As we face growing crises overseas — from increasing Russian aggression to the escalating conflicts in South Sudan and Syria — we urge all candidates for elected office to embrace America's role as a global leader. As the world's indispensable nation, our newly elected leaders, from Congress to the White House, must meet these challenges we face with bold engagement.

Our leaders should also recognize that while development and diplomacy programs are vital to our economy and essential to our national security, they also promote the humanitarian values we hold close as a nation. Ohioans are generous, giving more than $7 billion a year to charities.

Americans understand that providing a child in Ethiopia clean drinking water or a girl in Southeast Asia with the opportunity for an education is just one small step in creating a better, safer world.  And it's working.

In the last 25 years, America has helped cut extreme poverty in half worldwide, helped nearly 2 billion people gain access to clean drinking water, and provided more than 9 million people with lifesaving medications for HIV/AIDS. Our international affairs programs are making a world of difference.

But we still have so much work to do. Zika is on our shores, one in five children do not receive even basic vaccinations, and basic education is still inaccessible to too many — mostly girls. Our support of American civilian tools helps us to keep pace with emerging international challenges.

America's legacy of global engagement is something that all candidates can embrace. As a nation, we must commit to protecting the lives of our service members, helping our economy to flourish, and upholding our highest humanitarian values around the world. These are the values we have fought for in our own careers, and the standard to which we hold our future elected leaders.

Bob Taft is the former Republican governor of Ohio, serving from 1999 to 2007. He lives in the Dayton area, where he teaches at the University of Dayton. David Wilhelm of Columbus is former chair of the Democratic National Committee and is currently a partner in Hecate Energy, a global renewable energy development company with offices in Columbus. Both are members of the Ohio Advisory Council of the U.S. Global Leadership Coalition.