Ten Ideas for the Next President for Dealing with China 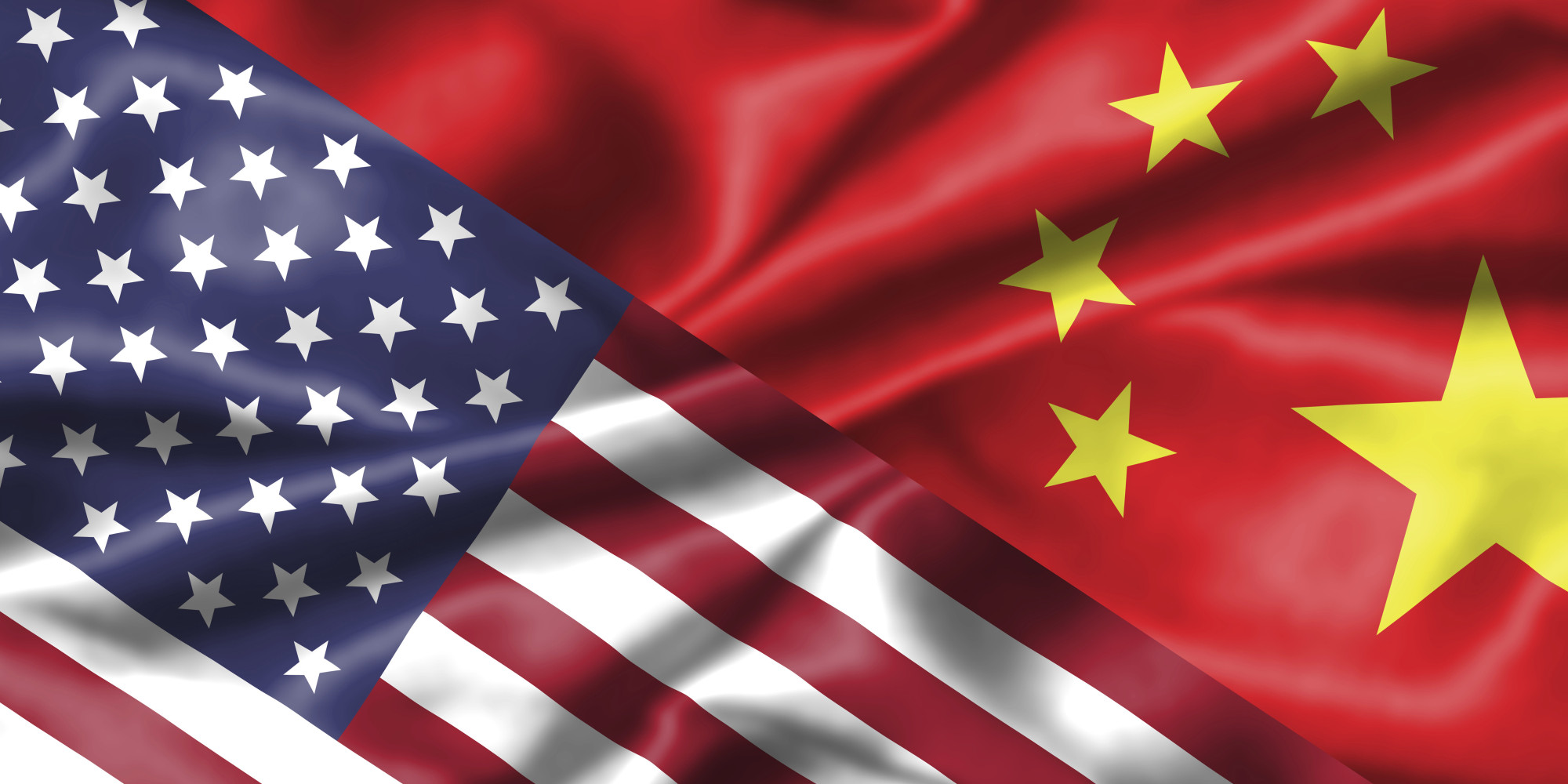 Every American president seems to get sucked into the Middle Eastern wormhole. They start out promising to change the world, revamp America’s foreign policy, and address future challenges. Then they launch another Middle Eastern war and offer a new peace initiative involving Israel. Frustration inevitably and disaster sometimes ensues, and in no time a new president is taking office amid worsening international problems.

The U.S. faces only one potential peer competitor. Europe as a Weltmacht remains but a Eurocrat’s dream. Russia is a declining power worried about international respect and border security. India is on an upward track, but remains well short of great power status. Although Brazil, Nigeria, Indonesia, and other countries have enormous potential, they are far from having global impact. Only China has the look of a likely superpower.

And even the latter’s success is not certain. The People’s Republic of China suffers from ruinous demography, faces growing economic challenges, and is undergoing a mysterious yet brutal political struggle. How well the country navigates these rough waters will determine whether and when it fulfills its potential by combining the world’s largest population, economy, and military.

How the U.S.-China relationship develops today will have an important impact on the PRC’s development. Assume away Beijing’s threats and China’s ambitions might grow. Treat the PRC like an enemy and it is more likely to become one. This century will look far different if these two great nations find ways to cooperate when in agreement and resolve their differences when not.

What should the next president do?

1) Consider problems and debate solutions in the context of overall policy objectives toward China. Washington has multiple goals when it comes to the PRC but cannot achieve them all. Priorities must be set, compromises must be made, and trade-offs offered. Convincing Beijing to pressure North Korea might require promising to withdraw U.S. military forces from South Korea; winning concessions regarding investment, cyber security, and intellectual property might require offering concessions on trade. Washington must decide which package of positions offers America the greatest value.

2) Look at issues from Beijing’s perspective. President Xi Jinping may be a ruthless authoritarian, but that doesn’t mean he and his colleagues act without reason. Indeed, the PRC has good, as in convincing to its leaders, reasons for supporting North Korea, insisting on reunification with Taiwan, refusing to accept real democracy in Hong Kong, and claiming substantial real estate in nearby waters. The next administration will be more successful in negotiating with China if it addresses the concerns of PRC policymakers. The problem is not informing the denizens of Zhongnanhai about what Washington wants Beijing to do. The challenge is convincing Beijing to do so.

3) Acknowledge American mistakes, hypocrisies, and failings. Americans are no less nationalistic than people in other lands, often refusing to admit that their government is something other than a virtuous, innocent, and selfless virgin attempting to clean up an evil, depraved, and immoral world for the good of all. Washington has supported dictatorship in Asia, generated bloody chaos in the Middle East, created dependency in Europe, and fueled economic crisis at home. U.S. officials would do to exhibit a bit more humility before lecturing their counterparts in Beijing.

5) Play international chicken. Secretary of State John Kerry has begged, pleaded, asserted, insisted, and even demanded that the PRC do more about Pyongyang’s nuclear program. All to little effect. While China does not want the North to develop nuclear weapons, the former believes they are primarily America’s problem. Indeed, instability seems more threatening to Beijing than nukes: pressuring North Korea risks regime collapse, which could create chaos, spark conflict, generate loose nukes, push refugees across the Yalu, and yield a united Korea allied with America. Washington should indicate that it is growing less inclined to forever protect the PRC from the natural consequences of the latter’s policies by opposing countervailing South Korean and Japanese nuclear programs. A debate over confronting proliferation with proliferation would let the PRC share America’s North Korean nightmare.

6) Stop pushing China and Russia together. Perhaps the masterstroke of Richard Nixon’s presidency was turning Beijing into a geopolitical counterweight to the Soviet Union. In contrast, the Obama administration has reversed course, pushing its two most important potential adversaries together. They have substantial differences: Russia is notably weaker, fears Chinese designs in the Far East, and has tired of Beijing’s theft of military technology. Nevertheless, by aggressively confronting both powers Washington has fulfilled the old adage that the enemy of my enemy is my friend. A great game is afoot and America needs to play more strategically, keeping its attention on the global balance of power.

7) Leave smaller issues and controversies to allied states. Secretary of State Madeleine Albright called the U.S. the essential power. It is–for a few tasks. Defeating big militaries. Orchestrating broad international coalitions. In Asia’s case this means preventing an unlikely Chinese grab for military domination of Asia. But Washington does not need to act as micro-manager, seeking to impose its will on most every controversy. The status of contested territories in Asian waters is not a primary concern of America. For instance, if Manila chooses to negotiate over the issue with the PRC over the status of Scarborough Shoal, the U.S. should stay out of the way. Since South Korea is well able to defend itself from the North, Washington should bring its forces home, leaving the South’s defense to Seoul–and challenge Beijing to act, since Pyongyang no longer can justify its nuclear program on American “aggression.”

8) Speak softly when it comes to internal issues, such as human rights and democracy. Just as the God of the Bible cares when a sparrow falls to earth, the U.S. government worries about the slightest imperfection in the most distant nation. Alas, China usually does not react well to such attention. Nor is the PRC alone. For example, recent criticism of extrajudicial killings of drug users and dealers in the Philippines sparked a virulent reaction from President Rodrigo Duterte. Washington need not be silent in the face of injustice, but should be prudent and practical in how it promotes such worthy ends. In contrast, the U.S. can use the public criticism of private groups to reinforce its case.

9) Recognize that democracy in China might create as many problems as it solves. The Chinese young people who I meet tend to be freedom-minded. They certainly don’t like internet controls and want to control their own lives. But most are highly nationalistic, objecting to foreign interference and believing that pretty much everything in waters anywhere close to the PRC belongs to China. Imagine an election in which candidates were appealing to hundreds of millions of voters. A demagogic campaign demanding war against assorted enemies might be the preferred means to rouse the population.

10) Prepare for the long-term. The PRC has made enormous strides since it began to reform 40 years ago. Nevertheless, the country remains hobbled by dirigiste economic and authoritarian political policies. America retains extraordinary advantages: a shared commitment to human liberty, equality, and dignity; diverse, energetic, and engaged population; competitive, innovative, and productive economy; and resilient, open, and constitutional democracy. China aspires to greatness. America has attained it. Washington’s task should be much easier: preserve the values, policies, and institutions which have allowed America to prosper.

The next president will face manifold challenges. One of the most important will be addressing the PRC. Much depends on the ability of Washington and Beijing to find the path to sometimes uncomfortable cooperation rather than destructive confrontation. Which means making the bilateral relationship a priority and taking sometimes unpopular decisions to keep relations on a positive course.

This article was originally posted at National Interest online.