The Federal Reserve still hasn’t raised interest rates, though it insists that an increase is just around the corner. An even bigger decision that cannot be put off — it will be made by American voters on Nov. 8 — is stirring concern all over the world.

Stock prices have for the most part risen, all the same. Even with the prospect of higher interest rates, the imminent presidential election and heightened uncertainty in Europe, the Standard & Poor’s 500-stock index rose 3.3 percent in the third quarter, to 2,168.27.

How much longer the Fed’s easy monetary policy will continue to placate Wall Street is anyone’s guess. But with little evidence that keeping interest rates just above zero at this stage appreciably bolsters the economy and businesses — and with stocks and bonds already expensive — the best guess of some advisers is that the strategy may not help investors much longer.

The Fed may be at risk of inflating a bubble, but portfolio managers have preferred, though reluctantly in some cases, to be inside it rather than outside. But with returns from loose monetary policy diminishing in the economy and in stocks — the market isn’t much higher now than it was in the spring of 2015 — some investors are becoming concerned.

“I think we are reaching the limits of how much central banks can stimulate the market,” said Komal Sri-Kumar, president of Sri-Kumar Global Strategies, an investment consulting firm. “The equity market has kept going on liquidity, not fundamentals. Now we’re reaching the stage where liquidity is not helping as much anymore.” 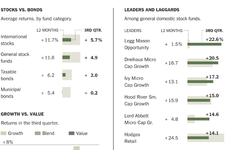 Krishna Memani, chief investment officer of OppenheimerFunds, agreed that the days of maintaining faith in the Fed were numbered, although he offered a wide range for what that number is.

“Over the next three to six to 12 months, I’m pretty confident that this game of central bank support will continue” to prop up stocks, he said. “Over the longer term, things are far more uncertain and highly dependent on how things play out in the real economy.”

Others contend that there is plenty of uncertainty for stocks in the short term, too, as the political outlook makes the course of the economy harder to gauge.

“Nobody has a really good sense, fundamentally, where this market should be going over the next couple of quarters,” said Scott Klimo, co-manager of the Sextant International Fund. Beyond the question of whether the Fed will raise rates in December, he said, “there is the possibility of right-wing nativist governments taking over in Europe, and who knows what’s going to happen in the United States.”

The reality of how different this presidential election is from the typical one is finally setting in, Mr. Klimo said.

The prospect of “nationalism and protectionism” should Donald J. Trump win the presidency is a concern for Katie Nixon, chief investment officer for wealth management at Northern Trust.

The outlook for trade is already fragile without any change in American policy. In late September, the World Trade Organization lowered its forecast for 2016 global trade growth to 1.7 percent from 2.8 percent in April. The body attributed the revised forecast to a “dramatic slowing of trade growth” early this year.

The presidential election and the Fed meeting the next month are reasons Ms. Nixon is “not going to be interested in making bold moves” in the markets now, she said, even as she acknowledged that the Fed was also unlikely to make any bold moves.

“The Fed delivered exactly what we thought they would — nothing much,” she said about the September meeting. “Our base case is they won’t move in December, either.

“There’s always a reason” for the inaction, she added. “Every time the Fed seems ready to do something, there’s some sort of macro surprise; the economy has not cooperated.”

Despite her misgivings, Ms. Nixon continues to favor stocks over traditionally safer instruments like Treasury bonds.

“We are still very positively inclined toward risk assets,” she said. “We think rates are going to stay low, and the calendar is very much our friend now.”

She was referring to the trough in corporate profits that occurred late last year; once a year has passed, comparisons will become more favorable.

Yet Mr. Sri-Kumar warned that the outlook may not be so rosy after more pages are turned on the calendar. The markets may breathe a sigh of relief if Hillary Clinton is elected next month, he said, but they may hold their breath again next summer when it comes time for the president, whoever it is, to decide whether to renominate Janet L. Yellen to continue running the Fed when her term as chairwoman expires in early 2018.

Another matter for investors to confront is how, and how easily, Britain will extricate itself from the European Union, he added.

The mechanism for carrying out “Brexit” is for Britain to invoke Article 50 of the union’s Lisbon Treaty. That begins the negotiation of the terms of separation and the relationship between the country and the union afterward. That must be completed within two years after Article 50 is invoked, which Prime Minister Theresa May said this month would occur in March.

As worrisome as these issues are, many investors heavily exposed to stocks rationalize the high valuations by pointing out that other investments are even more expensive.

“The challenge with all of this is the value of financial assets is not absolute,” Mr. Memani said. With bond yields so low, he said, “equities are going up because they offer more value.”

But it would be imprudent, in his opinion, to avoid Treasuries and other historically safer bonds altogether, no matter how low interest rates are and how much the Fed supports stock prices.

“Normally, at these rate levels, you wouldn’t make any fixed-income allocations,” he said. “But with so much uncertainty, high-grade bonds have a significant place in a portfolio as ballast against a potential downturn” in stocks.

Funds that own both major asset classes did well in the third quarter. The average domestic equity fund tracked by Morningstar gained 4.6 percent. International stock funds did better, up 5.7 percent, led by a 7.8 percent rise in portfolios that focus on emerging markets, which had underperformed for years.

The average taxable bond fund was up 2 percent in the third quarter. Specialists in high-yield instruments did especially well, rising 4.7 percent, as did emerging markets, up 4.2 percent.

Funds of all sorts did well in the quarter, but actively managed stock mutual funds remained a tough sell. Investors sold a net $112.8 billion of them in the period, according to Morningstar, and put a net $61.2 billion into the market through exchange-traded funds. SPDR S.&P. 500, a large, actively traded E.T.F. that tracks the benchmark index, returned 3.8 percent during the quarter, trailing the 4.4 percent return of the average mutual fund that specializes in large domestic stocks.

“They’re not going to move up that much,” Mr. Rieder predicted, “because so many people in an aging population need income.” Bond prices and yields move in opposite directions; high demand for bonds would tend to keep yields relatively low.

But with monetary policy likely to remain looser for longer, he anticipates inflation picking up. Based on that forecast, he recommends Treasury Inflation-Protected Securities, or TIPS, which offer the creditworthiness of other Treasury bonds but feature rates that move in line with inflation.

TIPS are “one of the most mispriced assets in the market today,” Mr. Rieder said. “More and more people are going to buy inflation.”

Other instruments he favors, with prices that are relatively immune to rising interest rates, include short- to medium-term emerging market debt and mortgage securities from nongovernmental issuers.

Mr. Sri-Kumar does not view rising rates as a threat. His advice is to “stay very defensive” by making a liberal allocation to Treasury bonds and keeping as much as 30 percent of a portfolio in cash.

As for stocks, he encouraged investors to stick with areas like health care and utilities and to emphasize the United States over foreign markets.

Staying close to home is a common theme, especially when contemplating the near future.

“From a short-term horizon, we’re very overweight U.S. assets,” Ms. Nixon said, because what economic growth there is in the world seems to be concentrated in the United States.

“The best stocks to own for a five-year run are U.S. domestic stocks and emerging markets,” he said. Referring to the sluggish economic conditions, he added: “If we come out of this mess, emerging markets will have to take more of a role in global growth. Valuations there are not cheap, but they’re better than in developed markets.”

He warned investors who need income that “you’ll have to take risks” because interest rates are so low. Among the more prudent risks, in his view, are dividend-paying stocks, municipal bonds and master limited partnerships, which are exchange-traded vehicles that typically invest in energy infrastructure like pipelines.

Mr. Klimo, like Mr. Sri-Kumar, favors health care stocks. “For pure demographic reasons, I think they will remain attractive for a long time,” he said.

Funds that concentrate on health care stocks rose 5.5 percent in the third quarter, the best sector performance after the gains of 12.9 percent for technology and 7.1 percent for financial services.

One area in which he said he was “far, far underweight” is financial services. Alluding to serious difficulties at big banks like Wells Fargo and Deutsche Bank, he said, “We have no idea what’s going on inside these companies.”

The end of exceedingly loose Fed policy has been coming for so long that it should be no surprise when it arrives. Even so, it could shock investors when it happens, and even if it doesn’t for the foreseeable future.

“We’ve just kept the drug going,” Mr. Sri-Kumar said. “It’s quite comforting; we don’t want to wean ourselves off it. But eventually we’ll have an overdose that no one can do anything about.”