During the referendum campaign, Boris Johnson said several times that his policy on cake was “pro having it and pro eating it”.

He meant Britain could continue to have the best of both worlds after leaving the European Union – control over its borders and access to the EU’s single market.

The jury may be out on that one, but for the voters of Sunderland, they must definitely feel that they are both having their cake and eating it.

The Wearside city’s stunning 61% vote to leave the EU was the first signal, on the night of 23 June, that Britain was about to be struck by a political earthquake.

Yet many of those Mackems who voted Leave were shortly after left wondering whether many of them would soon live to regret their decision once Nissan, the city’s major employer, indicated the Brexit vote would make it think twice about committing to build the new Qashqai model in Sunderland.

Now, though, those fears were laid to rest. Not only will Nissan build the new Qashqai in Sunderland, it will also build the new X-Trail SUV there, securing some 7,000 jobs at the plant and a further 28,000 in the supply chain.

The big question is what blandishments Theresa May, who recently hosted Carlos Ghosn, the Nissan chief executive, at 10 Downing Street, will have thrown at the Japanese car-making giant to get it to make this commitment.

Mr Ghosn himself said on Thursday that “the support and assurances of the UK Government” convinced the company to do so. 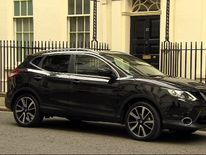 The worry will be that these “assurances”, in Mr Ghosn’s words, amounted to a gigantic financial lob that Mrs May had to give his company to persuade it to stay.

With four in every five cars produced at Nissan destined for the export market, mainly the rest of the EU, the company was looking at export tariffs of 10% once Britain leaves the EU. The chances are that Mrs May has promised to protect Nissan from that.

The danger with this approach is that if Mrs May has promised financial support to Nissan to mitigate the impact of any tariffs post-Brexit, that may amount to an illegal subsidy even under the rules of the World Trade Organisation (don’t forget, Britain would no longer be subject to EU rules on state aid).

So that would mean that Mrs May would have to offer similar ‘assurances’ to every other foreign-owned carmaker operating in the UK and, who knows, perhaps every other exporter who faces tariffs on their products once Britain has left the EU.

The alternative is that Mrs May has given Mr Ghosn assurances that Britain will remain in the EU’s single market or customs union once it has left the EU.

It is hard to see how she could have promised the former as the PM has insisted she is prepared to sacrifice membership of the single market if that is the price that has to be paid for regaining control of Britain’s borders. So, has she promised him Britain will retain a customs union agreement? 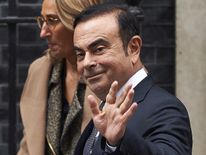 Image Caption: Carlos Ghosn heads not only Nissan but also Renault and Mitsubishi

A third alternative is that Mrs May has reminded Mr Ghosn that, even after Britain has triggered Article 50 of the Lisbon Treaty, it will not actually be leaving the EU until the spring of 2019 – just when the new production at Sunderland is due to get under way.

She may have convinced him of Britain’s ability to cobble together some vestiges of a free trade agreement with the EU in items like cars and especially because the UK is the number one export market for German cars.

Yet that too is unlikely.

Mr Ghosn is a hard-nosed businessman. He will have needed pretty strong convincing.

But the truth of the matter is that we just don’t know what ‘assurances’ – and, most pertinently, financial commitments – have been given by the UK Government to Nissan.

And when the truth emerges, if it turns out that public money is being used to preserve the jobs of those who voted to leave the EU, it may well antagonise those taxpayers who voted Remain and who may lose their jobs as a result of the decision to leave the EU.