Britain finds a buyer for one Tata steel plant, saving a third of jobs at risk 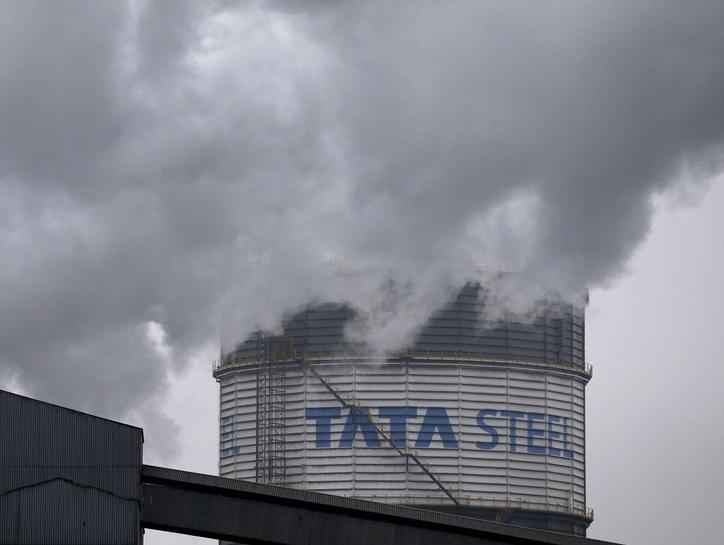 LONDON Tata Steel (TISC.NS) agreed to sell one of its main British steelworks to investment firm Greybull Capital for 1 pound on Monday, saving a third of the 15,000 jobs placed in jeopardy by the Indian conglomerate’s decision to sell up in Britain.

Prime Minister David Cameron has been under pressure to keep the plants open to save jobs after Tata, one of the world’s biggest steelmakers, said on March 30 it would sell its loss-making British business.

As Tata formally announced the sale of its steel assets in Britain, turnaround specialist Greybull Capital LLP said it would buy the Indian company’s Long Products Europe division in Scunthorpe, northern England, which employs 4,400. It declined to rule out further purchases of Tata’s British steel assets, including its plant at Port Talbot in Wales.

The sale to Greybull – for a nominal pound or 1 euro – includes a 400 million pound ($570 mln) investment and financing package for the Scunthorpe business, as well as agreements with suppliers and unions on cutting costs.

The Greybull deal, which is subject to a ballot by union members, includes two additional mills, an engineering workshop and a design consultancy in Britain, plus a mill in Hayange, in northeast France.

The purchase will see the business renamed ‘British Steel’, in a revival of a historic name last used almost two decades ago.

Cameron, already grappling with a divided ruling party ahead of a June 23 referendum on membership of the European Union, has been scrambling to try to find buyers for Tata’s Scunthorpe plant and its other main plant at Port Talbot, to save jobs.

Britain’s eurosceptic media has blamed Brussels for preventing London from taking greater steps to protect the steel industry while the opposition Labour Party has called on Cameron to do more to save the plants.

Tata, which owns iconic brands such as Jaguar Land Rover and Tetley Tea, is offloading its British steel operations, citing a global oversupply of steel and cheap imports from China, high costs and weak domestic demand.

The deal for the Scunthorpe plant, which Tata had been trying to sell since 2014 before revealing talks with Greybull were underway in December, is expected to complete in eight weeks subject to certain conditions being met.

Greybull, which is not taking on pension liabilities, said about half of the 400 million pound package would come from shareholders of Greybull and half from banks and government loans.

“We’re expecting the company to be profitable in year one and that’s very much the management plan,” said Meyohas, who co-founded Greybull in 2008 after 12 years as CEO of technology services company Cityspace.

Though the deal is positive for the Scunthorpe workers, there is deep unease in Port Talbot, Britain’s biggest steel plant, where 4,000 people could be out of a job if Tata fails to find a buyer.

“While very welcome it does not mean that we are out of the woods yet,” said Gareth Stace, director of trade association UK Steel.

“A long-term investor is needed, in the very short term, for the remainder of the whole of the Tata Steel UK business, including Port Talbot,” said Stace.

Finding buyers for Port Talbot and Tata’s other assets, could take some time given the complexity of any deal, including negotiations over everything from pensions liabilities to energy subsidies.

Greybull said to date it had been wholly focused on the Scunthorpe deal, but declined to rule out future interest in the Port Talbot plant.

“Whether it’s Tata or any other assets, we’ll review it as and when is appropriate,” Meyohas said.

Another potential bidder for the Port Talbot plant is Sanjeev Gupta, the boss of metals trader Liberty House Group.

Gupta told Reuters on Friday that he was serious about making an offer and had the backing of a group with $7 billion of revenues, hitting back at critics who have questioned his capacity to take on a business dragged down by heavy debt and weak sales.

However, much will depend on how much any potential investor is willing to pay to even hope of turning around the business.

Tata, under former Chairman Ratan Tata, bought its UK steel operations in 2007 after outbidding Brazil’s CSN to buy Anglo-Dutch steelmaker Corus for $12 billion as a way to access the European market.

But the Indian conglomerate, controlled by philanthropic trusts endowed by the Tata family, struggled to turn the steelmaker around.

Like competitors such as ArcelorMittal, the world’s top steel producer, Tata has been hit by plunging prices due to overcapacity in China, the world’s biggest market for the alloy.

China said on Monday it wants to work with the rest of the world to find an appropriate resolution to overcapacity in the steel sector, after Britain asked Beijing to hurry up and tackle the problem.

Tata Steel is the second-largest steel producer in Europe with a diversified presence across the continent. It has a crude steel production capacity of over 18 million tonnes per annum in Europe, but only 14 mtpa is operational.