Your crash course in… The US-EU trade deal, aka TTIP 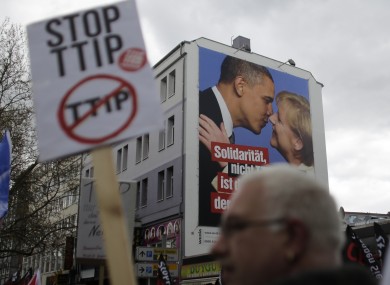 A GREENPEACE LEAK early this week brought the EU-US free-trade deal, otherwise known as TTIP, firmly back into the spotlight.

Those behind the proposed trade agreement, understandably abbreviated from its long-winded title of Transatlantic Trade and Investment Partnership, optimistically hoped their talks could be over by the end of 2014.

Three years on, however, it appears the party could be over before it started. The Greenpeace disclosure has given interested observers a detailed insight into what has been going on behind closed doors, highlighting some of the issues the EU and US are at loggerheads over.

Two-thirds of the TTIP draft text from the latest round of talks in April is contained in the cache of documents leaked by the environmental organisation.

Greenpeace has argued that the files, which focus on sectors from telecoms to agriculture, show the deal was about “a huge transfer of power from people to big business” that could have “far-reaching implications for the environment”.

In response, EU Commissioner Cecilia Malmstroem said the documents simply reflect a difference of opinion that all parties are trying to work out.

It shouldn’t come as a surprise that there are areas where the EU and the US have different views. It begs to be said, again and again: no EU trade agreement will ever lower our level of protection of consumers, or food safety, or of the environment,” she said. 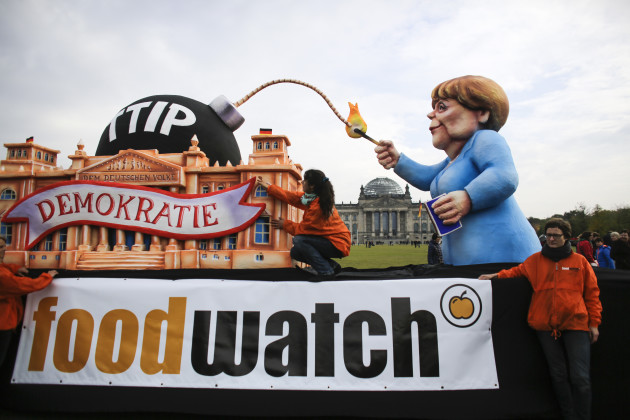 Even though it is a trade agreement, TTIP is not only about reducing tariffs. To an even greater extent, it’s about standardising regulations around food safety, pharmaceuticals, energy, textiles and other industries to streamline business between the world’s two largest economies.

For example, the EU and US don’t currently trade oysters because they have different standards for proving the molluscs are fit for consumption. The US tests the oysters’ water for bacteria, while the EU tests each oyster for bacteria.

One of the stated aims of TTIP is to standardise these sort of regulations to open up markets to more products.

In principle, standardising regulations might sound like a good idea. However there are several reasons why that and other sticking points have stopped a deal being thrashed out already.

Firstly, harmonising regulations can be costly and, to put it simply, both sides think their way is best. This has led to what the leaked documents highlighted as “irreconcilable” differences between both parties around issues like animal testing for cosmetics, which is banned in the EU, and environmental protection.

Multinationals and business lobby groups have been heavily in favour of TTIP, however many governments and other organisations are skeptical that a deal could open up previously public services such as healthcare, education and transport to privatisation.

Thirdly, a lot of people are wary of one of the proposed treaty’s most controversial inclusions, the so-called Investor State Dispute Settlements.

The provision gives corporations the power to sue governments for lost profits over unfavourable laws, as exemplified when tobacco giant Philip Morris brought a claim against Australia after the country brought in plain cigarette packaging. 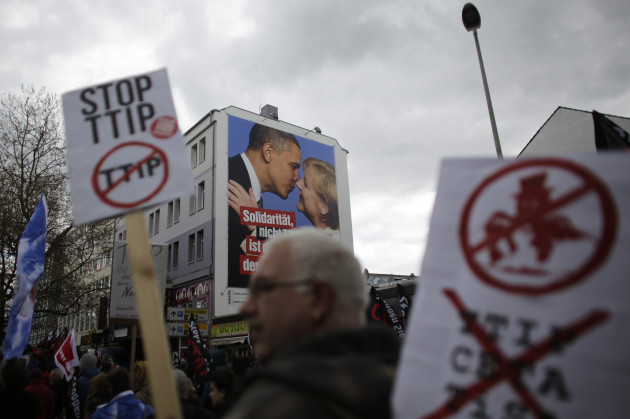 Where does this leave us?

Due to the Byzantine details involved, trade negotiations are notoriously long running and difficult to get over the line – irrespective of their merits.

Talks around one of the largest agreements, which led to the World Trade Organisation being set up in 1994, lasted a full seven years.

The US are eager to trash out a deal before the end of Barack Obama’s presidency in early 2017 but with powerful EU states like France increasingly set against the treaty that deadline is looking shaky.

Written by Killian Woods and originally published on Fora, a new business publication for Irish startups and SMEs.