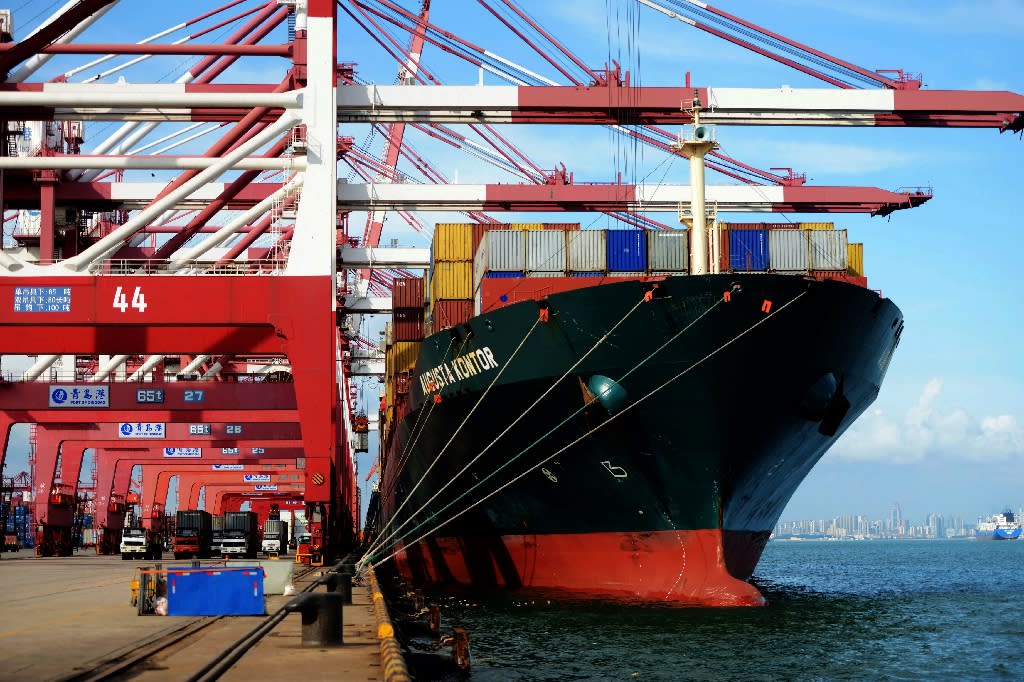 Geneva (AFP) – The World Trade Organization Tuesday downshifted its global trade forecast, warning that anti-globalisation rhetoric and Brexit were pushing trade growth to its slowest pace since the financial crisis.

The warning comes as talks on a landmark free trade deal between the European Union and United States battle stiff opposition and as Britain’s EU exit causes jitters.

The WTO said that global trade was now estimated to expand by just 1.7 percent this year, compared to its April projection of 2.8 percent.

The new figure is also a far cry from a projection a year ago that trade would swell by 3.9 percent this year.

Describing it as “wake-up call”, the Geneva-based global trade body said growth had fallen to its slowest pace in around seven years when the global financial crisis hit.

“With expected global GDP (gross domestic product) growth of 2.2 percent in 2016, this year would mark the slowest pace of trade and output growth since the financial crisis of 2009,” the trade body said in a statement.

Looking ahead, the WTO said several issues, including Brexit’s possible impact, had now cast a shadow and it had revised down its 2017 forecast.

Trade is now expected to grow between 1.8-3.1 percent, down from the previously anticipated 3.6 percent, said the WTO, which sets the rules of global commerce.

Also clouding the outlook, the WTO said, is “the possibility that growing anti-trade rhetoric will increasingly be reflected in trade policy” as well as financial volatility due to monetary policy changes in developed countries.

“The recent run of weak trade and economic, growth suggests the need for a better understanding of changing global economic relationships,” it said.

It warned that “creeping protectionism”, coupled with lacking trade liberalisation and perhaps the growing role of the digital economy and e-commerce might help explain the recent declining ratio of trade growth to GDP growth.

Last week, the Paris-based Organisation for Economic Cooperation and Development said Britain — the world’s fifth-biggest economy — was poised to take a major hit next year from its decision to leave the EU.

The WTO said that the main impact of the shock vote in June had been on the value of the pound and noted that it had not sparked an immediate economic downturn.

But, it added: “Effects over the longer term remain to be seen. Economic forecasts for the UK in 2017 range from fairly optimistic to quite pessimistic.”

The WTO said the downgrade followed a sharper-than-expected decline in merchandise trade volumes in the first quarter, and a smaller-than-expected rebound in the second quarter.

The contraction, it said, was driven especially by slowing economic and trade growth in developing economies like China and Brazil.

But, said the WTO, North America, which showed the strongest import growth of any region between 2014 and 2015, was also hit by deceleration.

“The dramatic slowing of trade growth is serious and should serve as a wake-up call,” WTO director general Robert Azevedo warned in the statement.

“It is particularly concerning in the context of growing anti-globalisation sentiment,” he added, cautioning against this translating into “misguided policies”.

“While the benefits of trade are clear, it is also clear that they need to be shared more widely,” he insisted.

“We should seek to build a more inclusive trading system that goes further to support poorer countries to take part and benefit, as well as entrepreneurs, small companies, and marginalised groups in all economies,” he said.

“This is a moment to heed the lessons of history and re-commit to openness in trade, which can help to spur economic growth,” Azevedo said.