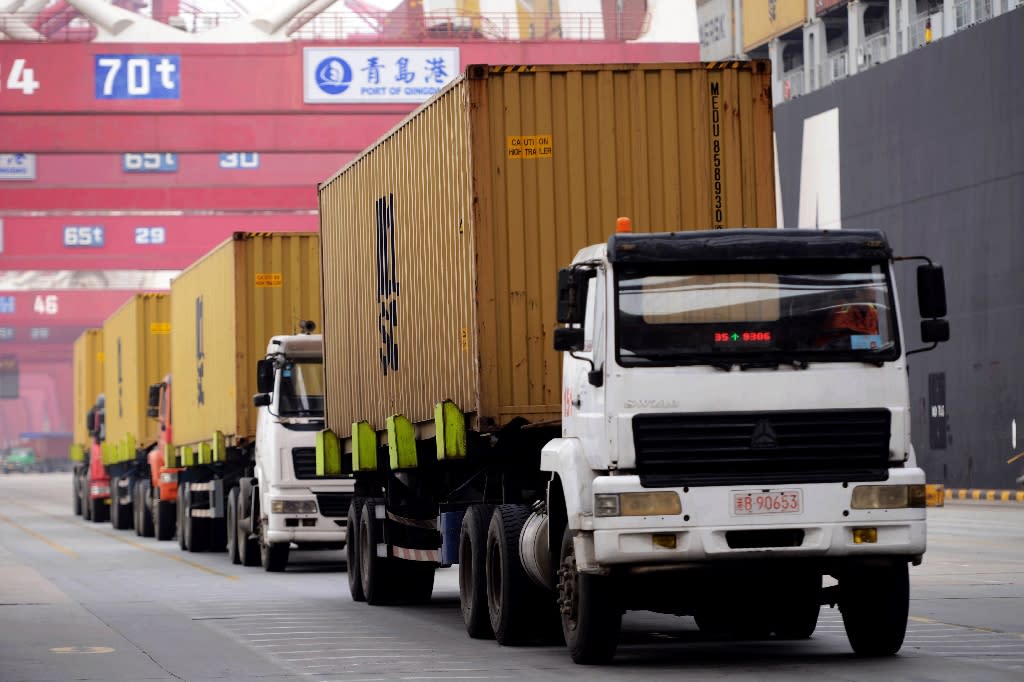 A sharper than expected slowdown in China could further suppress global trade this year, the WTO warned (AFP Photo/)

Geneva (AFP) – The World Trade Organization on Thursday revised its 2016 global trade forecast downward by more than one percentage point, warning that a slowdown in China and broad market volatility continued to threaten growth.

In September, the WTO estimated that global trade would rise by 3.9 percent this year, but lowered that projection to 2.8 percent, in an updated forecast.

“Trade is still registering positive growth, albeit at a disappointing rate,” WTO director general Robert Azevedo said in a statement.

The rout on commodities prices has shown few signs of reversing, while the full extent of the slowdown in China — the world’s top commodities consumer — remains uncertain.

The WTO listed “a sharper-than-expected slowing in China (and) worsening financial market volatility” as factors that could further suppress global trade this year.

But, the 2.8 percent growth forecast could prove to be an underestimate if efforts by the European Central Bank to stimulate eurozone growth are successful, the WTO said.

The organisation predicted that global trade would tick upwards by 3.6 percent in 2017, on the back of increased demand for imported goods in Asia.

Azevedo issued a broad warning on “the threat of creeping protectionism, as many countries continue to apply trade restrictions.”