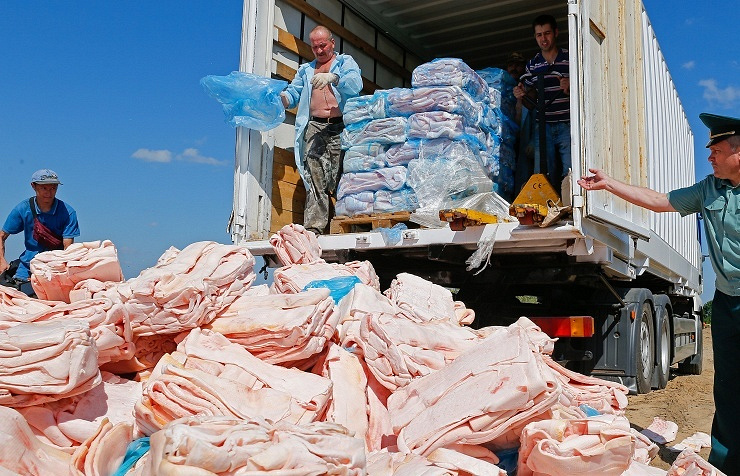 GENEVA, August 19. /TASS/. A panel of arbiters of World trade Organization (WTO) has backed the EU in its dispute with Russia, which imposed restrictions of pig and pork imports from the bloc, the WTO press service reported.

The arbiters stressed that Russia did not meet international standards for such a ban which was discriminatory, violating WTO rules.

The Panel also found that the restrictions Russia had introduced on imports of pork and live pigs from the EU countries due to an outbreak of African swine fever (ASF) for the period from January to September of 2014, are not “based on” the OIE standards and are thus inconsistent with Russia’s obligation to “base” its SPS measures on international standards.

In April 2014, the EU requested consultations with Russia concerning certain measures adopted by Russia affecting the importation of live pigs and their genetic material, pork, pork products and certain other commodities from the European Union.

In July WTO established a panel of arbiters to consider the dispute.

After the panel made the decision each party to the dispute has 60 days to appeal it.