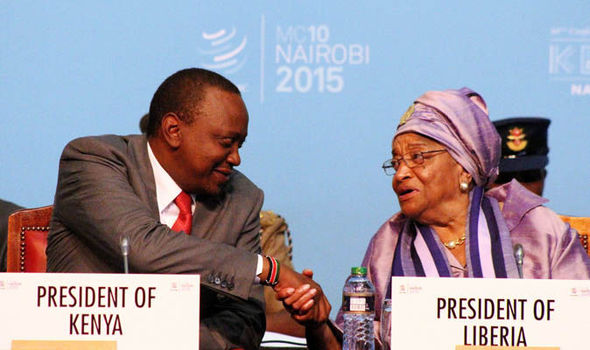 Bureaucrat Maika Oshikawa, who is in charge of negotiations over new countries joining the WTO, warned: “Anything in WTO is total consensus.”

She said Brexit is “a unique case and unprecedented” and added: “I think diplomacy is an important tool in how to approach this.”

If any country disagrees with Britain’s trade proposals it can refer it to a WTO panel which will decide whether or not they are legal.

The UK is part of the organisation under the EU and will not have to re-apply for membership. But it will now be able to negotiate tariffs on imports and the amount that is paid to farmers in subsidies on its own terms.

However discussions over a deal cannot even begin until Britain has left the EU, by which time it is likely it will have to win over extra nations such as Sudan, Bosnia and the tiny African island of Comoros which are joining the WTO.

He said: “The stakes are so large and the problems so interwoven with each other that the issue, while vital, becomes virtual – almost theoretical. It is like not knowing how to find the end of a ball of wool.”

He added: “We are preparing to enter a jungle.”

He said farming presents a “wide range of problems” because issues like the duties on imported beef and poultry will need to be thrashed out.

But last month Tory Trade Minister Liam Fox said negotiations would be straightforward, there would be no “legal vacuum” and the UK would follow its commitments to the WTO as it had always done.

Conservative MP Peter Lilley, a former trade minister, has also urged the EU to protect free trade with Britain or else it will risk angering “German car makers and unions, French wine growers, Dutch cut flower growers etc for initiating an unnecessary tariff battle in which they lose more than we do.”