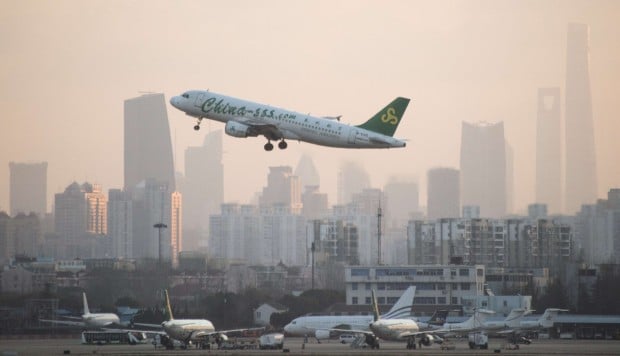 By 2034, the International Air Transport Association (IATA) says that one in five passengers worldwide will be travelling to China, from China, or within China. There could be no better proxy for the fast emerging Chinese consumer economy – and for the way China is standing global aviation on its head.

If you want to feel excited, the implications for the global tourism industry, and all services linked with it, are giddying. If you want to feel gloomy, nothing could better illustrate the massive “system stress” that China is exerting on the world economy. Take your pick. Either way, the numbers are awesome.

Already, 120 million mainland Chinese passengers travel internationally by air – making China the world’s largest single source of international travellers. And as China’s carriers wrestle to keep up with demand, they are bumping into all sorts of hassles that are going to be extremely challenging to resolve.

But a fascinating analysis in Orient Aviation last week highlighted a further massive challenge: negotiating all of the bilateral air services agreements that will dictate which airlines can fly between countries and how frequently.

If you ever needed demonstrable proof of how valuable the World Trade Organisation’s multilateral trade agreements are, then look no further than the nightmarish labyrinth of bilateral air services that today determine where and how often aircraft can fly around the world.

Instead of a single global deal determining international trade rules, governments worldwide have opted over the past half-century to keep air services firmly outside the WTO’s multilateral trade framework. Instead, each economy worldwide trains dedicated air services negotiators who spend their lives wearily plodding from capital to capital haggling bilateral deals.

Even the largest and most experienced negotiating teams manage no more than a dozen negotiations a year – which means that it can take years for them to get round to negotiating or updating agreements with all but the biggest air traffic partners.

And it is here that China is beginning to bump up against some serious buffers. With the combined fleet of Air China, China Southern, China Eastern and Hainan Airlines operating a total of 1,440 aircraft, with a further 457 aircraft on order, the hunt is on for new routes and new destinations, and more frequent services on existing routes. But most of China’s existing air services agreements are already close up to their limits, and be in no doubt – updating these to accommodate growing passenger (and cargo) is going to take years.

Let’s just take the US – without question China’s single most important aviation partner – to provide a glimpse into the awful challenge ahead. The existing US-China air services deal is a decade old. Chinese airlines are limited to 180 round trip flights per week, while their US counterparts are limited to 160 round trip flights, landing at just three Chinese mega-airports. Both the Chinese and American carriers are today using over 75 per cent of their entitlements, and will soon be up against the buffers. Negotiations on a new deal started a year ago, and stalemated in August over US complaints about second-best landing time slots.

The airlines themselves are impatient, but progress is glacial. For example Air China, which currently serves seven US cities, wants to add two new destinations. And carriers like China Eastern and China Southern are wanting to fly out of new second-tier Chinese cities, like Nanjing or Wuhan or Shenyang.

“In 2010, there was an average of one long-haul flight a day to a Chinese secondary city,” the Orient Aviation report noted. “By the end of 2015 the number had reached 11.”

In the absence of a global multilateral aviation deal, or the kind of open skies arrangement that exists in the EU among European Carriers or in the domestic US market, each pedestrian detail of each flight in each air services agreement has to be negotiated one flight at a time. For the UK, an agreement was recently finalised lifting passenger services from 31 return flights a week to six destinations in each country, to 40 return flights a week. Three new Chinese destinations have been added.

More ambitiously, a China-Australia deal was agreed last year that tripled weekly services between the two countries. Chinese airlines are operating 90 per cent of the services – but Australians are not complaining because the Chinese tourism boom is bringing billions of dollars into the Australian economy.

As China’s aviation explosion exerts pressure worldwide, the case gets ever stronger for some form of multilateral approach to building air services between the economies of our region. The Americans call this “open skies”, and the principle is an honourable one even though the phrase has always stuck in my craw: it has always meant free global access for US carriers, while the massive US aviation market remains carefully closed to foreign competition.

And of course this Chinese aviation explosion is of more than passing interest to us here in Hong Kong – both as we try to ensure our airport remains one of the world’s busiest, and as we try to ensure that Hong Kong business and leisure travellers can travel as widely and cheaply as possible.

My sense is that Hong Kong’s air services negotiators will need to be endowed with magical powers of foresight to know how best to negotiate rights from mainland Chinese cities to and from Hong Kong, and to best capture passenger flows onward to destinations worldwide.

With close to 20 mainland cities now handling 20 million passengers a year or more, surely only a magician can work out how to assign the burgeoning passenger services from these cities onto Hong Kong’s two runways. The question we need to ask is not whether we need a third or fourth runway. It is where do we put the next airport.