What do the 'big three' think Brexit means?

They are three of the biggest beasts in the Conservative party, working on the thorniest challenge the Government faces: what Brexit will mean.

As Theresa May prepares to address her party conference on Brexit, the negotiating strategy is still very much under wraps, except that Article 50 will be triggered next year.

Here are some hints of where they stand, although Downing Street has slapped down a few ideas already. 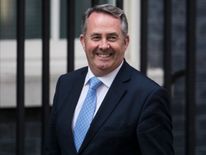 Liam Fox, the International Trade Secretary, favours what is generally regarded as a “hard Brexit” – leaving the single market and trading under World Trade Organisation rules.

This means Britain can stop paying into the EU Budget and restrict migration, but many businesses are deeply concerned.

He told an audience in Geneva this week that Britain would be a “proud and outward-looking trading nation”, but others in Government want to retain single market membership in certain sectors.

WHAT HE’S DONE: Jetted around the world, and set up a working group on trade with Australia to lay the groundwork for a potential free trade deal

CLASHES WITH THERESA MAY: He’s already had a slapped wrist after telling a Tory event that Britain’s business leaders were “fat and lazy” and too busy on the golf course to boost their exports. There could be more as the PM has emphatically not ruled out single market access. 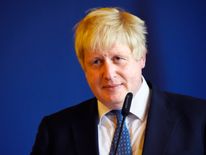 The Foreign Secretary, master of colourfully evading the question, told the Sun newspaper that “our policy is having our cake and eating it. We are pro-secco but by no means anti-pasto.”

Recently, he made a video for a campaign group called Change Britain calling for “control of our laws, borders, money and trade.” But in his latest interview he didn’t commit to ending all Britain’s contributions to the EU Budget and has been tight-lipped about that infamous £350m for the NHS that Vote Leave vowed to spend it on.

WHAT HE’S DONE: Toured European capitals saying Britain will continue to cooperate with Europe on security; backed Turkey’s membership of the EU.

CLASHES WITH THERESA MAY: He suggested Britain could leave the EU by the end of 2018, with under two years of talks. Downing Street publicly knocked this down saying the Prime Minister sets the timetable. 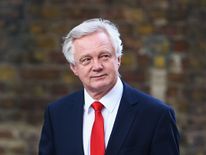 His statement to Parliament on 5 September, setting out the Government’s work over the summer, was notably devoid of detail.

A former Europe minister in the mid-90s, with a background in business, he said Britain wants a unique arrangement with the EU not an “off the shelf” one – making clear we won’t be following Switzerland, Norway or other established model.

WHAT HE’S DONE: Setting up a new department for Exiting the European Union, he’s recruited 180 of the “brightest and the best” to work on the challenge.

CLASHES WITH THERESA MAY: He told MPs it was “very improbable” that Britain could stay in the single market while cutting immigration. Mrs May’s spokeswoman said what he had said was “not government policy”.