Bertie Armstrong, the CEO of the Scottish Fishermen’s Federation, told MPs that the depreciation in the value of the pound since June 23 will massively offset any potential tariffs imposed on exporters after Brexit.

Sterling has plummeted by around 20 per cent since voters opted to quit the EU, providing a timely boost to exporters by making British products more competitive.

And Mr Armstrong said there was an obsession with remaining in the single market which is unjustified, especially given the huge opportunities the UK is well-placed to take up in other market places across the world.

He pointed that even if the Government secures no trade deal with the rest of the EU fishermen will still end up far better off, because sterling has dropped by around 20 per cent.

In comparison fish would be sold to the continent under World Trade Organisation (WTO) rules, which allow countries to levy a maximum tariff of 10 per cent.

Mr Armstrong pointed out the massive boon to an industry which has been devastated by EU policies as he appeared before the Exiting the European Union committee, which is chaired by Remainer Hilary Benn. 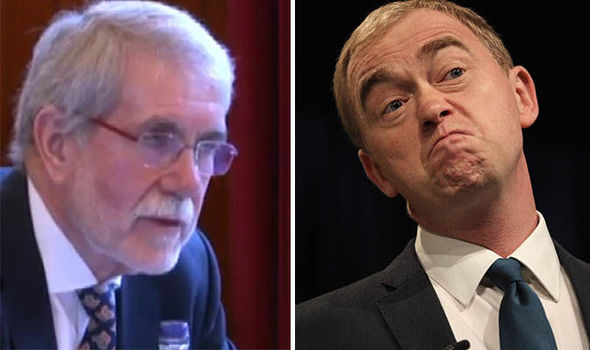 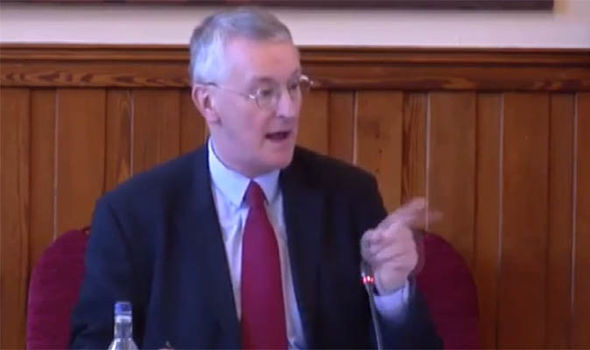 He told the MPs: “Let us not be frightened to death by tariffs at all.

“They may be consumed in the noise of currency fluctuations and some small tariffs would not necessarily be a disaster, particularly as the other side of that coin is you may access new markets for instance India which are currently shut to you because of the present circumstances.

Other major British exports to the EU attract similar tariffs – including cars at 9.8 per cent and bulk medicines at 9.6 per cent – meaning the cost of losing single market access would be more than offset by the depreciation in the pound.

We don’t need the single market, we need an adequate market

Bertie Armstrong, the CEO of the Scottish Fishermen’s Federation

And research carried out by the University of Sussex’s UK Trade Policy Observatory and published in July showed that, presuming Britain traded with Europe under the Most Favoured Nation (MFN) principle, then the average tariff applied to exports would be just 5.3 per cent.

Mr Armstrong urged the Government not to opt for a “30 pieces of silver deal” which would see the opportunities for industries such as fishing frittered away in return for single market access.

He told how just under 60 per cent of all the fish caught in what should be UK waters are landed by EU vessels and returned to other member state ports, meaning there is no benefit to the British economy.

And he said ministers must take back control of one of Britain’s most important natural resources, which will provide people with a living for at least another 500 years if it is managed sustainably.

He said: “What we want out of Brexit is that that will not be negotiated away. It’s not ephemeral, it’s not a matter of administration, it’s a natural resource of this country that will be here in 500 years if it’s sustainably harvested.

“More than half of our natural resource goes elsewhere and that is unthinkable for other coastal states and that needs to change.

“Taking that back is not an act of aggression, it’s an act of return to normality.”

The dire state of the UK fishing industry, which has been decimated by Brussels’ disastrous Common Fisheries Policy (CFP) memorably took centre stage in the EU referendum battle.

Leave campaigner Nigel Farage and Remain’s Bob Geldof clashed on the River Thames as the Ukip leader led a flotilla of fisherman to parliament to highlight the plight of coastal communities.

The Boomtown Rats singer has since performed a U-turn on his support for the EU, admitting that the bloc “doesn’t function” and is “ignoring the wishes of European citizens”.