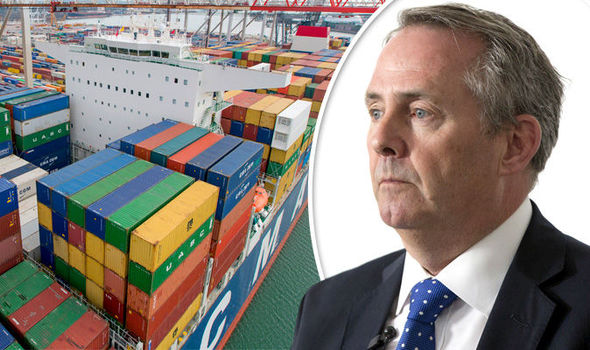 The International Trade Secretary will give a speech at the global body’s Geneva headquarters on Tuesday where he will set out Britain’s stall as the country the entire world should want to do business with.

The UK is still a member of the WTO but sacrificed its independent seat when it joined the European Economic Community (EEC) in 1973 and became represented by the European Union (EU) in external trade negotiations.

By reprising its own membership once it break ties with Brussels, Britain could rely on its membership of the WTO for access to European markets and as a first step towards full-blown free trade agreements with other blocs and countries – including the EU.

The move comes as New Zealand and Singapore expressed their ambitions to secure a new trade deal with the UK post Brexit.

New Zealand Trade Minister Todd McClay said: “New Zealand’s relationship with the UK is a very important one – and one that the New Zealand government values.

“Whilst we are committed to launching an Free Trade Agreement (FTA) negotiation with the EU next year, I have also signalled to UK ministers that New Zealand also wishes to negotiate a mutually-beneficial high-quality trade deal with the UK.

“I expect we would be among a group of like-minded countries that might be first to do such a deal as soon as the UK was in a position to do so.

“I think the UK government is taking a responsible and considered approach to its trading relationship.

“New Zealand has a proven record of negotiating high-quality agreements with many counties of the world. New Zealand was the first OECD country to agree an FTA with China eight years ago.

“This world first has become a model agreement and our pragmatic approach to trade is likely to be something that could assist the UK government in forging its own trading relationships.”

A spokesman for the Ministry and Trade and Industry in Singapore said they also looked forward to holding discussions with the UK about the possibility of a bilateral trade deal.

“Singapore’s bilateral relations with the UK are robust, multi-faceted and longstanding,” the spokesman said. “The UK is a key economic partner to Singapore and Singapore is the UK’s largest trading partner in Association of South East Asian Nations.

“Singapore hopes that the UK will remain plugged into the global economy and maintain the course of free and open trade.

“We look forward to deepening our strong ties with the UK and welcome discussions on a bilateral trade deal once the UK is ready. However, such a deal would depend on the UK’s trade relationship with the EU.”

It comes as the minister is expected to signal the UK’s departure from the European Union’s single market.

In a speech this week he will speak at the WTO and outline Britain’s determination to negotiate it’s own trade deals outside EU.

Dr Fox has said he wants Britain to be a “global champion of free trade” while still maintaining a trading relationship with the rest of Europe.

Currently, Britain is represented by the EU in trade negotiations at the WTO, which deals with global trade rules between nations.

Leave campaigner John Redwood said: “Britain is still technically a member of the WTO – we just volunteered to forgo it when we joined the EEC in 1973.

“That means we don’t need to start all over again or reapply – we just need to comply with our new obligations.

“The Government won’t want us to do that until we’ve officially left the EU, which is why we need to trigger Article 50 as soon as possible.”