Was Minister George Chaponda’s feud with Brian Bowler the reason he was shipped from UN to Brazil?

On March 31st of 2016 Malawi Foreign Ministry was forced to defend moves made by then Foreign Minister George Chaponda re-deploying three Ambassadors just newly appointed to different missions before they had fully settled in their current positions.

The Foreign Affairs Ministry clarification came amid outcry from Party insiders and detractors alike over redeployment of Necton Mhura, Edward Sawerengera and Brian Bowler from New York at the UN and Brazil respectively arguing that such relocation to these ambassadors was ill-advised and unnecessary expense from a government that was struggling to pay its Ambassadors and upkeep of its many embassies.

Appeals to President Peter Mutharika by many party loyalists to rescind these orders obviously fell on deaf ears as the transfers have now started to take place. Ambassador Necton Mhura has already left Washington DC and has now taken his place at the UN.

Brian Bowler tells the Maravi Post that he will be leaving for Brazil around mid-September and is looking forward to representing the Malawi Government and Malawi as Ambassador to Brazil.

While there might have been some truth to the rumors about Edward Sawerengera’s wife pushing for his redeployment to Washington DC and her close relationship with Foreign Minister George Chaponda, Maravi Post can confirm that the goal of these moves by Chaponda was to get rid of Brian Bowler at the United Nations who he saw as gaining influence with Western Governments and as a threat to his own ambitions.

George Chaponda has claimed in the past that he was seriously being considered for United Nations Secretary-General, a baseless claim that is easily quashed. However, our source believe that as the star of Brian Bowler started to rise at the United Nations and Western Government started to go through him instead of Foreign Minister Chaponda for matters involving the Malawi Government as Chaponda was seen as favoring policies of Governments such as Iran and China against the Interests of the West mainly United States and the United Kingdom, Chaponda started to get jealousy.

He saw as an affront when Brian Bowler would vote against his wishes at the United Nations.

To make matters worse for Ambassador Brian Bowler. Upon presenting his credentials to the UN General Secretary Ban Ki-moon, He was made aware of The United Nations concerns about misappropriations of funds paid to Malawi Mission for reimbursement of Malawi soldiers serving as United Nations peace keepers in places like Somalia and the Congo.

Brian Bowler raised the issue with George Chaponda and also reported the matter to ACB to look into. According to our source Minister Chaponda never took any action on the matter or advised Brian Bowler as to what was going to happen next. The Minister also took a long time reporting same to the Malawi Anti-Corruption Bureau (ACB).

Apparently The accountant at the Malawi UN Mission is a nephew of George Chaponda. There are also whispers that Chaponda himself who was summoned by the United Nations to answer on this matter might be involved with the said funds that cannot be accounted for and have left the Malawi Soldiers who are risking their lives go unpaid for long spells.

Ambassador Brian Bowler has chaired the fourth committee of the United Nations General Assembly, this is a special Political and Decolonization Committee dealing with a variety of subjects which include those related to decolonization, Palestinian refugees and human rights, peacekeeping, mine action, outer space, public information, atomic radiation and University for Peace.

Ambassador Bowler was the first Malawian to chair a UN committee and he scored the highest in the utilizing of the facilities. It was therefore surprising that since taking over in December of 2014, serving less than a full term he is being redeployed to Brazil.

Mr. Bowler has also represented his country at numerous international conferences and meetings during his extensive service in both the private and public sectors. 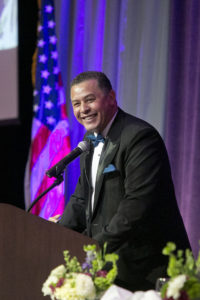 Ambassador Brian Bowler was also honored as the recipient of the Dr. Martin Luther King Jr. Spirit Award at the Annual Martin Luther King, Jr. Scholarship Gala on Sunday, January 5, 2014 at the Melvin and Dottie Younts Conference Center on the campus of Furman University. The Ambassador was that evening’s keynote speaker as well.

According to our source. It was while Brian Bowler was serving in India that the two started butting heads.  While in India Ambassador Bowler was alerted to some corrupt investment deals involving Chaponda. As was his responsibility Mr Bowler alerted the then Malawi President Bingu WA Mutharika. When the President Confronted George Chaponda on the matter, Chaponda got so angry with Brian Bowler and made some statements that Brian Bowler took to mean that he should watch his back.

When these moves were first reported, The Maravi Post investigation inquiries revealed that Parliament’s Public Appointments Committee (PAC) was not going to vet the Ambassadors that were being redeployed to new Embassies as they were already vetted for their original deployments.

We insisted at that time that Parliament’s Public Appointments Committee (PAC) needed to break protocol and investigate these redeployments which on the surface did not seem to make any sense.

Read Do Embassy Unexplainable Redeployments and sackings warrant a second look from PAC?

We are still of the opinion that PAC dropped the ball and they still have a chance to investigate the reasons why George Chaponda initiated the transfers which are costly to the Malawi Government. A Government that is strapped for cash and has been forced to close some missions.