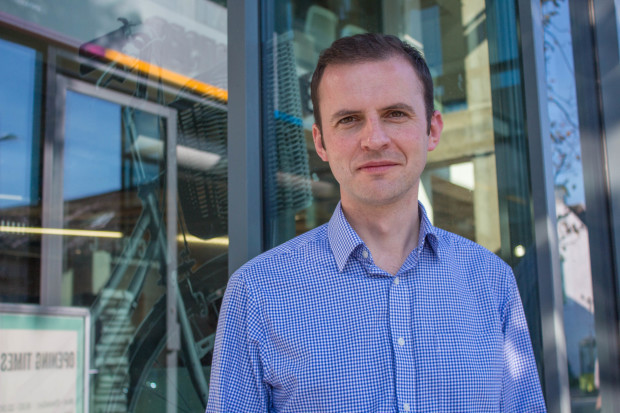 The UK budget will take a £66 billion annual hit if Britain goes for a so-called hard Brexit, Cabinet ministers have been warned.

Leaked Government papers suggest leaving the single market and switching to World Trade Organisation (WTO) rules would cause GDP to fall by up to 9.5% compared with if the country remained in the European Union.

Stephen Gethins, the SNP’s Europe spokesman, claimed the effects would hammer local industries crucial to the economies of Tayside and Fife.

The North East Fife MP said: “This underlines the devastating impact the Tories’ policy to take us out of the European Union will bring.

“This will have an impact on everybody across these islands, not least in Fife and elsewhere locally given our excellent universities who collaborate with European partners, our food and drink industry and other industries who rely on the single market.”

Mr Gethins branded the process of leaving the EU a “dog’s Brexit” during a debate in the House of Commons on Monday, where Brexit Secretary David Davis insisted legislation resulting from the UK’s exit from the Brussels bloc must work for the whole of the country.

The leaked draft Cabinet committee paper, seen by The Times, is based on forecasts from the controversial study into the predicted impact of quitting the EU published by George Osborne in April during the referendum campaign.

Although the then chancellor faced widespread criticism over the report, the Treasury stands by its calculations, according to the newspaper.

The documents says: “The Treasury estimates that UK GDP would be between 5.4% and 9.5% of GDP lower after 15 years if we left the EU with no successor arrangement, with a central estimate of 7.5%.”

It adds: “The net impact on public sector receipts – assuming no contributions to the EU and current receipts from the EU are replicated in full – would be a loss of between £38 billion and £66 billion per year after 15 years, driven by the smaller size of the economy.”

Brexit backers who have seen the documents told the newspaper the figures were unrealistic and claimed there was a push to “make leaving the single market look bad”.

But prominent Remain campaigners pushing for a “soft” Brexit that would keep Britain in the single market said the documents showed the “horrific damage” of leaving the trading bloc.

Conservative former minister Anna Soubry, a supporter of the Open Britain campaign, said: “The horrific damage of a hard Brexit is clear. Less tax revenue means less to invest in schools and hospitals, lower trade and investment means businesses and jobs at risk.

“This danger is precisely why Parliament must be involved in the principles to guide the Brexit negotiations.

“Britain will leave the EU, but we must do so in a way the protects our prosperity and reduces risk. The Government should now make clear the ‘WTO option’ isn’t on the table.”

Prime Minister Theresa May is facing growing pressure to allow MPs a vote on Brexit and the Government is also fighting a legal challenge over the use of royal prerogative to invoke Article 50, the process for leaving the EU.

Brexit Secretary David Davis told MPs the Government will “observe the constitutional and legal precedents” on giving MPs a vote on any treaty setting out Britain’s new relationship with the European Union.

He said: “The whole Brexit process is currently being driven by those on the hard right of the Tory party, with no detail from the Prime Minister about how she will seek to limit the damage caused by taking the UK out of the EU.

“Indeed, the only clarity provided by the Tory conference was that of the increasingly hard-right and xenophobic attitude being adopted by those at the top of the UK Government – with absolutely no reassurance for business or for families about how Brexit will affect them.

“The Prime Minister can choose to either side with UKIP and the hardline Brexiteers now running her party, or she can choose to listen to the chorus of warnings from business organisations and from within her own civil service – and commit to keeping the UK in the Single Market.

“But with every day that passes – and with every notch the Pound slumps on the international markets – it becomes clearer and clearer that a hard Brexit is set to impose an appalling cost.”

“This is yet more proof that hard Brexit would be an act of sheer economic vandalism,” he said.

“The Liberal Democrats will stand up for Britain’s membership of the single market.

“We cannot stand by while this reckless, divisive and uncaring Conservative Government wrecks the UK economy.”