Vote of confidence in post-Brexit Britain: Nissan to build Qashqai model in Sunderland

Theresa May hailed a ‘vote of confidence’ in post-Brexit Britain today after Nissan signalled a major expansion of its plant in Sunderland.

Doubts had been raised about whether the firm would push ahead with production of the new Qashquai at the huge plant in the North East in the wake of the Brexit vote.

There had been anxiety that the risk of tariffs being imposed on exports to the EU could make the site less attractive for investment.

But the firm has now confirmed that the Qashqai SUV and X-Trail will be made in Sunderland.

The news comes after Nissan boss Carlos Ghosn met the Prime Minister in Downing Street earlier this month. He emerged saying he was ‘confident’ the UK would ‘remain a competitive place to do business’. 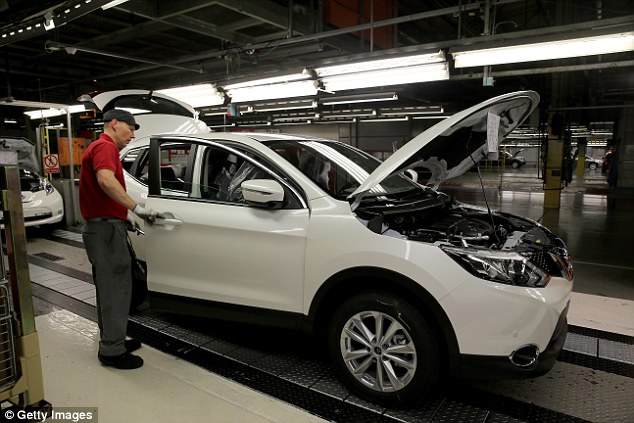 The Nissan plant in Sunderland produces the flagship Qashqai, but the company had suggested it was rethinking its investment after the Brexit vote 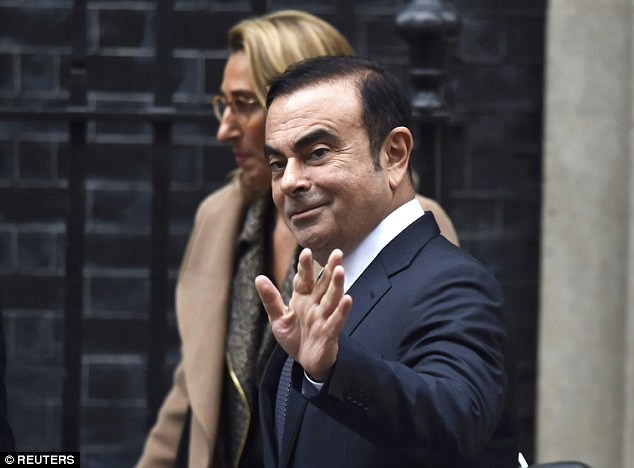 It is not clear whether the Japanese carmaker has received reassurances about a compensation package if tariffs do materialise.

In another positive development, official figures showed GDP rose by 0.5 per cent in the three months after the nation voted to cut ties with Brussels.

The preliminary numbers from the Office for National Statistics (ONS) exceeded the expectations of many economists, and are in stark contrast to the doom-laden predictions by George Osborne.

The Treasury is now facing demands to disown its forecast produced during the referendum campaign suggesting that UK plc would shrink by up to 1 per cent.

Mrs May said today: ‘This is fantastic news for the UK. Nissan is at the heart of this country’s strong automotive industry and so I welcome their decision to produce the Qashqai and a new model at their Sunderland plant.

‘It is a recognition that the Government is committed to creating and supporting the right conditions for the automotive industry so it continues to grow – now and in the future. This vote of confidence shows Britain is open for business and that we remain an outward-looking, world-leading nation.

‘The Government will continue to work closely with employers and investors in creating a global Britain, a country where there are new opportunities for jobs and rewarding careers. Families across the North East will be delighted at this news today and I share in their enthusiasm for what this means not just for them, but for the whole of the UK.’ 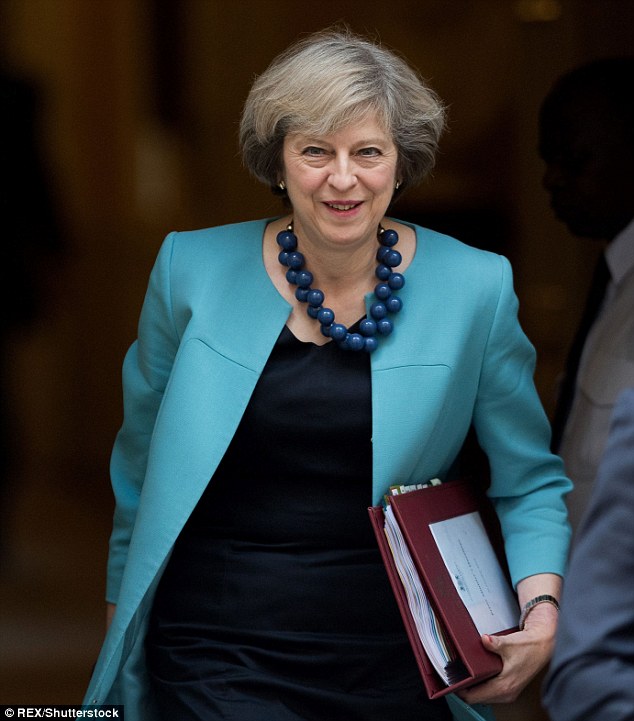 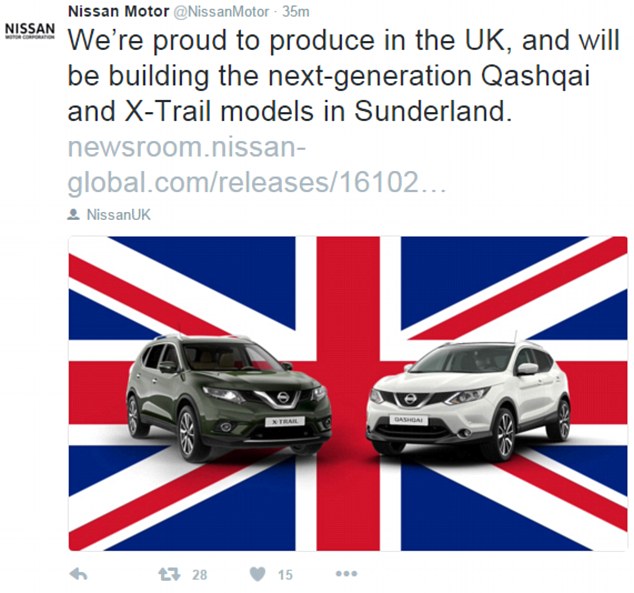 The Sunderland factory, which opened in 1986, employs around 7,000 people producing some 500,000 Juke, Qashqai and Leaf vehicles a year.

It accounts for around a third of the UK’s total car manufacturing.

Nissan is part owned by the French manufacturer Renault, fuelling speculation that it could move operations to the continent due to Brexit.

Mr Ghosn said in Paris in September: ‘If I need to make an investment in the next few months and I can’t wait until the end of Brexit, then I have to make a deal with the UK government.

‘If there are tax barriers being established on cars, you have to have a commitment for carmakers who export to that there is some kind of compensation.’

But after talks with Mrs May on October 14 he said: ‘Following our productive meeting, I am confident the government will continue to ensure the UK remains a competitive place to do business.’

Britain risks being ‘pushed over a cliff’ with a bad Brexit deal unless it insists on negotiating independent trade agreements now, prominent Leave campaigner Lord Owen is warning.

The former SDP leader is also using a speech in Switzerland to say the Government should carry over all EU law into UK domestic law, and make provisions to forge its own trade deals in the process.

‘The UK has to be able to start negotiating international trade agreements before exit. This is a non-negotiable issue. So is the UK having full World Trade Organisation membership in our own right.

‘To fail to have these two issues put into operation and sanctioned under UK law in the European Communities Act legislation would be gross negligence.

‘Under any of the options for negotiating we must have these safeguards, or we otherwise face being pushed over a cliff edge after waiting for an EU decision in 2018-9 which might prove to be unacceptable,’ he said.

Lord Owen is insisting that if the EU blocks British trade negotiations with non-EU members, the Government should refuse to exit under Article 50 of the Lisbon Treaty, but instead use the Vienna Convention on the Law of Treaties to withdraw.

The peer is calling on the Government to switch EU law into British legislation.

‘The Government will introduce UK legislation on the European Communities Act 1972. If they are wise through one clause they will carry over all EU law into UK domestic law.

‘That means at the outset of the negotiating process nothing will change. There will be a political commitment to not make any changes in the European Economic Area Treaty on trading and Customs Union issues without the agreement of the EU Council of Heads of Government prior to the exit procedure being put in place.’