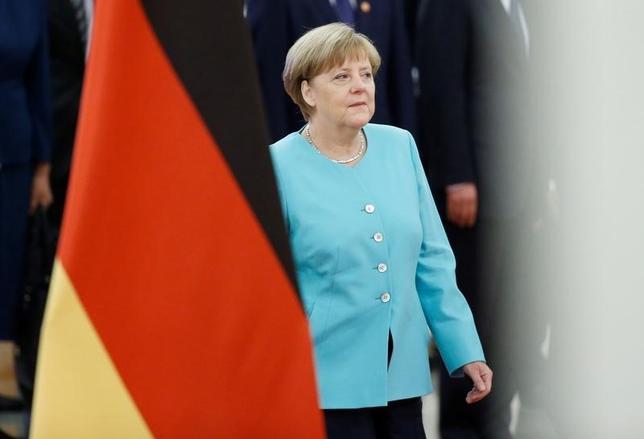 German Chancellor Angela Merkel attends a welcoming ceremony at the Great Hall of the People in Beijing, China, June 13, 2016.

China does not want a trade war with Europe, Premier Li Keqiang said on Monday at a news briefing with German Chancellor Angela Merkel, who called for more talks with Beijing on its market economy status under the World Trade Organization.

Beijing sees Germany, China’s largest trading partner in the European Union, as influential in the 28-member bloc’s debate on the politically sensitive issue of its market economy status.

China agreed when it signed up to the WTO in 2001 that members could use third-market comparisons when determining if Chinese imports were being sold at knock-down prices.

That provision is set to expire in December, but anger persists over Beijing undercutting foreign industries with its heavily subsidised goods, particularly with massive overcapacity in Chinese sectors such as steel.

China is adamant that countries must abide by the deal struck 15 years ago, but reluctance in Europe to give up a method to defend against cheap Chinese imports has set up a looming dispute at the WTO and the prospect of broader trade friction.

“China has already fulfilled its obligations on joining the WTO. What’s needed now is for the other parties to fulfill the matching obligations they had promised,” Li said.

“We don’t want to fight a trade war because this will benefit nobody,” he said.

Merkel, who on Sunday began her ninth trip to China since taking office, said: “It does not help us to emotionalise the whole subject.”

“I am convinced that we can find a solution on the lines of what was promised 15 years ago,” she said.

Merkel said during a trip to China last year Germany favoured granting China market economy status in principle but that Beijing still had work to do, including further opening its public procurement markets.

European commissioners are expected to debate the issue in late June or July, at a time of heightened trade tension after global rivals accused China of dumping cheap steel exports after a slowdown in demand at home.

Li said unilateral trade protection measures wouldn’t help resolve the problem and that low-end steel was not something China wanted to produce or sell and was committed to phasing it out.

Merkel has also stressed the need for a level playing field for foreign firms amid growing pressure from industry to confront China more forcefully.

“Germany has always presented itself as an open investment market,” Merkel said. “We expect reciprocity also from the Chinese side.”

Foreign critics accuse China of not following through on its reform agenda and of introducing new regulations that further restrict market access.

“The facts prove that China’s market is open. We will be even more open. We will take even more steps based on the principles of treating everyone equally, fairness and transparency,” Li said.