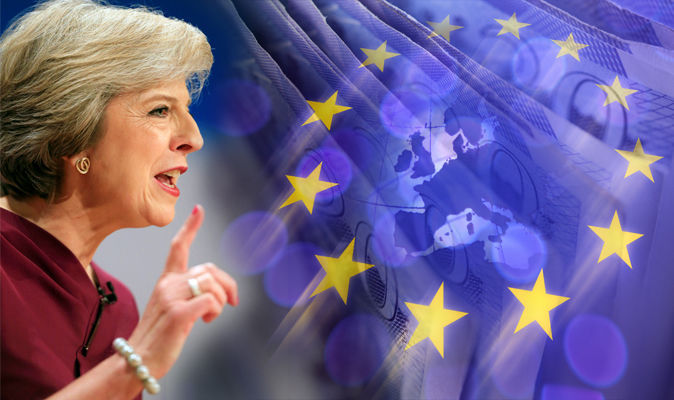 The Brussels club will still receive an eyewatering £5billion from Britain so the nation can secure access to the single market even when Article 50 is triggered, a cabinet minister has revealed.

The shock revelation comes after official statistics revealed the EU billed the UK for £19.6billion in 2015 or almost £376million each week.

An unnamed cabinet minister told BBC’s Newsnight that we would still end up “paying quite a lot” into the bloc after leaving.

The crumbling Brussels club appears to be desperately trying to put blocks in the way of a British exit following the Leave vote on June 23.

European Commission president Jean-Claude Juncker has already warned Britain will not gain access to the single market if Theresa May refuses to accept freedom of movement rules.

Tory chairman of the House of Commons Treasure Select Committee, Andrew Tyrie, warned the UK may well ave to continue to make financial contributions to the EU even after Brexit.

The Remainer said: “We want a high degree of access to the single market, in my view.

“To fall back immediately on WTO (World Trade Organisation) rules would risk an economic shock and certainly an economic downturn given the high degree of trade integration at the moment between Britain and the EU.”

However, Brexiteers have dug their heels in and Brexit Secretary David Davis dismissed claims we will have to pay anything.

While Ukip’s Suzanne Evans warned Prime Minister May could lose her job if she surrendered on EU payments.

Even though the Prime Minister supported the Remain side during the historic referendum, Mrs May has repeatedly insisted “Brexit means Brexit” and is expected to trigger Article 50 by next March.

Ms Evans told Newsnight: “Laws, borders, money – when it comes to taking back control those were the Holy Trinity of the Brexit campaign. You can’t have one without the other.

“We have all the bargaining chips. There is no need for Theresa May to capitulate on this and if she does try and capitulate on this I think she might very well soon find herself out of a job because that is not the Brexit the British people voted for.”