UK 'may still have to pay into EU even after Brexit' 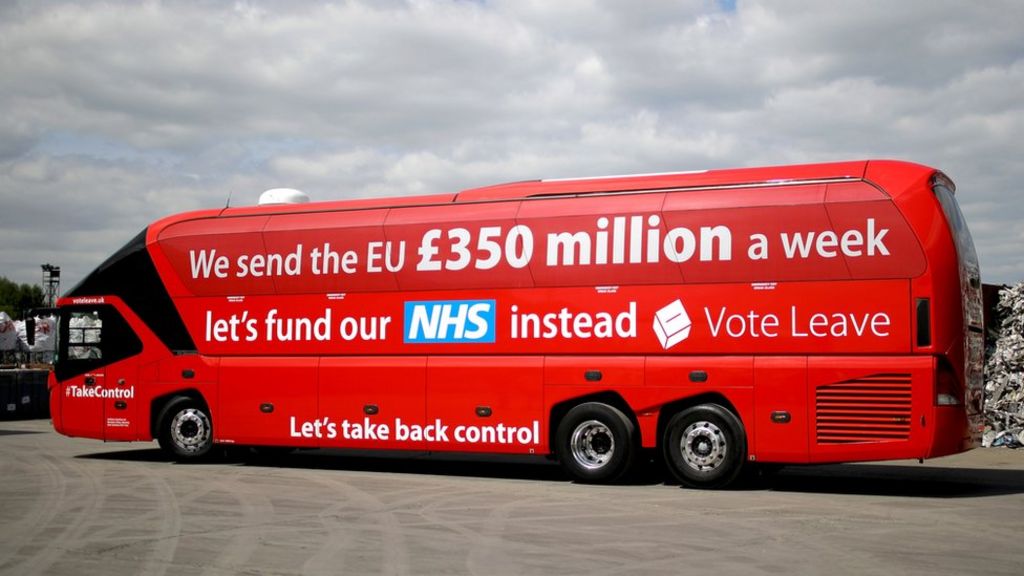 Whitehall officials believe the UK may need to make big payments to the EU to secure preferential trading terms after Brexit, BBC Newsnight has learned.

During the EU referendum, Vote Leave had claimed leaving the EU could save the UK £350m a week in contributions.

But an unnamed cabinet minister has told Newsnight that the UK may end up “paying quite a lot” of that money to secure access to the single market.

The government said it would not give a “running commentary” on negotiations.

This is reduced by subsidies paid to the UK and by the UK budget rebate.

But a leading light in the Brexit campaign said they now expected the UK could still end up paying as much as £5bn a year into EU funds, in return for access to the single market.

This is roughly half of what the UK would have expected to contribute to the EU – estimated by the Office for Budget Responsibility to average around £9.6bn a year from 2015.

A senior official has described the prospect of continuing UK contributions to the EU as the “dog that hasn’t barked” after Prime Minister Theresa May made no reference to the issue when she set out her red lines for her forthcoming EU negotiations last week.

What are the Brexit options?

Some supporters of Brexit Secretary David Davis have said the UK should no longer make payments to the EU after it leaves.

One senior Whitehall official said the UK would be unlikely to pay into the main EU budget after Brexit.

But the official said the UK may instead pay into special EU funds – possibly including one to help the economic development of new member states in central and Eastern Europe – as a way of securing preferential trading terms.

Officials say this would leave Poland with a dilemma: whether to prioritise its demands for its citizens to be able to continue to work in the UK or whether to accept greater financial contributions.

Andrew Tyrie, the Conservative chairman of the House of Commons Treasury Select Committee, told Newsnight that Britain may have to continue to make financial contributions to the EU to secure access to the single market even after Brexit.

Mr Tyrie, who supported the Remain side in the referendum, said: “We want a high degree of access to the single market, in my view.

“To fall back immediately on WTO (World Trade Organisation) rules would risk an economic shock and certainly an economic downturn given the high degree of trade integration at the moment between Britain and the EU.”

The prime minister sparked speculation at the Conservative party conference last week that she might be prepared to continue making some contributions when she failed to mention Britain’s EU budget payments.

Mrs May instead said that the UK would take back control of its borders and take sole responsibility for making its own laws.

One Leave campaigner said that Britain could contribute to the EU for a transitional period after the completion of the Article 50 negotiations – the formal two-year process of leaving the EU – which are due to conclude in 2019.

Kwasi Kwarteng, the Conservative MP for Spelthorne, said: “It may well be the case that we have to contribute, I think, for a transition period to stabilise their budget for three to five years. But the point is that at the end of that five years we can say ‘no, we don’t want to put a penny more into your kitty’.”

Another prominent Brexit campaigner warned that the prime minister could lose her job if she agreed to continue making payments to the EU.

Suzanne Evans, of UKIP, told Newsnight: “Laws, borders, money – when it comes to taking back control those were the Holy Trinity of the Brexit campaign. You can’t have one without the other…

“We have all the bargaining chips. There is no need for Theresa May to capitulate on this and if she does try and capitulate on this I think she might very well soon find herself out of a job because that is not the Brexit the British people voted for.”

But John Redwood, the Conservative MP for Wokingham and Brexit campaigner, dismissed suggestions the UK would end up paying for access to the single market.

He said the UK should offer “very generously to carry on trading exactly as we are at the moment”.

“There’s absolutely no need to pay them money to buy their imports – this is absurd,” he added.

A government spokesman told Newsnight: “We will not provide a running commentary on our negotiating position, but we have been very clear that all decisions about taxpayers’ money should be made in Britain.”