The UK could lose out on a staggering £66bn ($81bn, €72bn) per year in tax revenues and see its GDP slashed by up to 9.5% if the government goes through with a “hard Brexit”, ministers have reportedly been warned.

The Treasury figures come from leaked government papers obtained by The Times. The draft cabinet committee document is based on what would happen if the UK breaks from the EU’s single-market and relies on World Trade Organisation (WTO) trade regulations.

“The Treasury estimates that UK GDP would be between 5.4% and 9.5% of GDP lower after 15 years if we left the EU with no successor arrangement, with a central estimate of 7.5%,” the paper said.

“The net impact on public sector receipts – assuming no contributions to the EU and current receipts from the EU are replicated in full – would be a loss of between £38bn and £66bn per year after 15 years, driven by the smaller size of the economy.”

The leak comes just a day after Brexit Secretary David Davis addressed the House of Commons. The cabinet minister said the government would introduce a Great Repeal Bill, which would enshrine all EU law into UK law and scrap the European Communities Act 1972.

David also re-confirmed that the government would decide when to trigger Article 50, the official mechanism to split from the EU, without seeking parliament’s permission.

The issue has sparked controversy among some MPs, with former Labour leader Ed Miliband leading the campaign for parliament to have a say. The government will have defend its position on Article 50 in England’s High Court from Thursday (13 October).

Prime Minister Theresa May has ruled out giving a “running commentary” on her administration’s negotiating position. It is currently not clear whether the government will seek to stay in the EU’s single-market, leave and remain in the EU’s customs union or seek to trade solely on WTO rules. 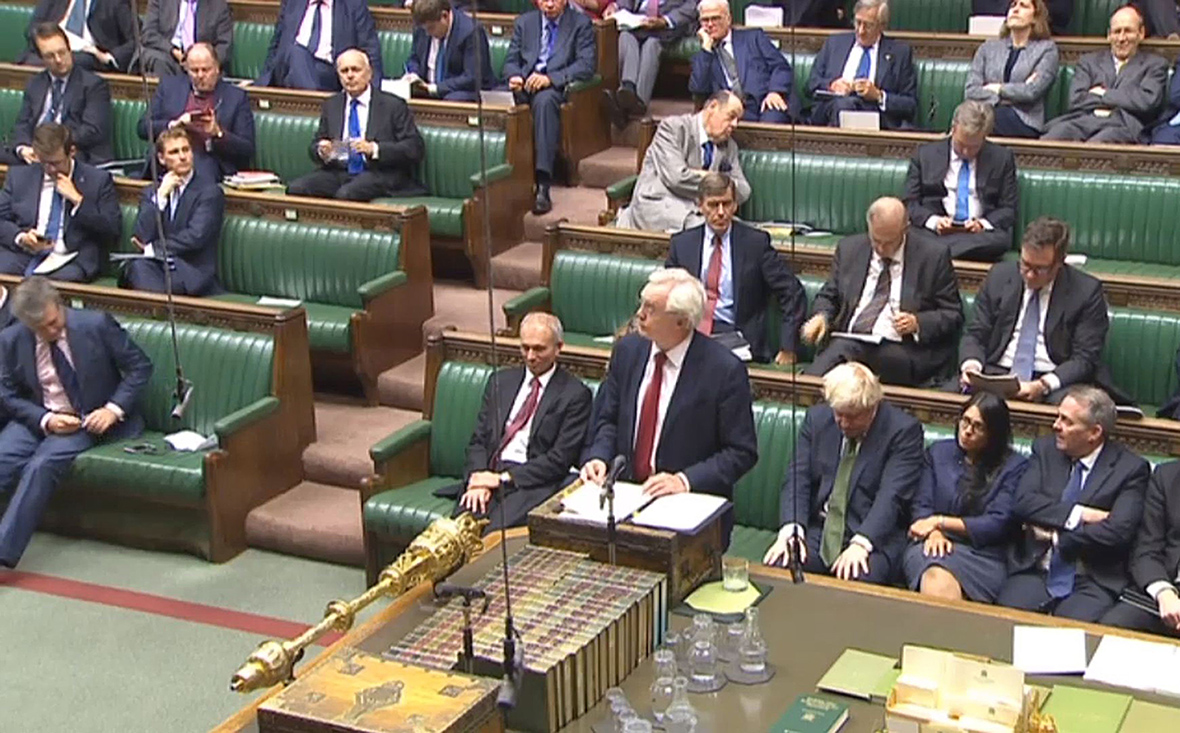 David has indicated that the government will seek to reduce the number of migrants coming to the UK and introduce border controls.

The Brexit Secretary’s comments suggest the government will not seek single-market access, but that would require singing up to free movement of people rules – a hot topic of the EU referendum campaign.

EU chiefs, including European Council President Donald Tusk and European Parliament President Martin Schulz, have ruled out such a move, branding it “single market a la carte”. The Treasury had not responded to a request for comment at the time of publication.