UK could find itself out of the EU with no trade deal, warns former EU ambassador 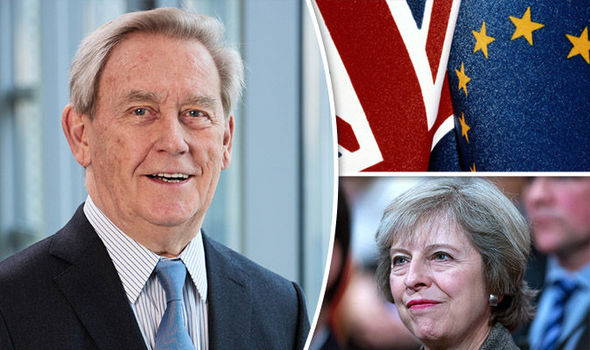 Hugo Paemen made the remarks in dismissal of senior Tory MP Peter Lilley, who said the UK should be ready to impose trade tariffs on EU members if they do the same to Britain.

Former Cabinet minister Mr Lilley said there could be no ‘hokey-cokey’ Brexit deal, and that Britain should stand firm on the proposal it decides.

He said: “In fact the only two options, realistically, are that we continue with our EU partners on a no-tariff basis… the status quo, or that we trade on the basis of World Trade Organisation (WTO) tariffs as we do with America.

Mr Paemen, who served as head of the European Commission’s delegation in Washington, said a decision on Mr Lilley’s suggestion couldn’t be made until the UK has exited the EU.

While negotiations between the UK and EU will be ongoing, Mr Paemen rejected Mr Lilley’s theory that the UK could simply continue with tariff-free trading, because the WTO would not allow it.

He said: “This is possible, but it will have to be decided upon what your future relationship will be.”

“The second aspect is to decide together what will be the future relationship between Europe and the UK.

“Doing all of this in two years is quite a lot but that’s what is in the [Lisbon] treaty.

“Possibly the period of two years negotiations can be extended but it has to be done by consent, so it’s not going to be very easy.

“The problem is the first thing you have to do is leave before you can negotiate with the European Union. You have to leave and the process of leaving is not going to be an easy process.

“And it’s foreseen that it could take two years to negotiate the definition of the conditions under which the separation [happens].”