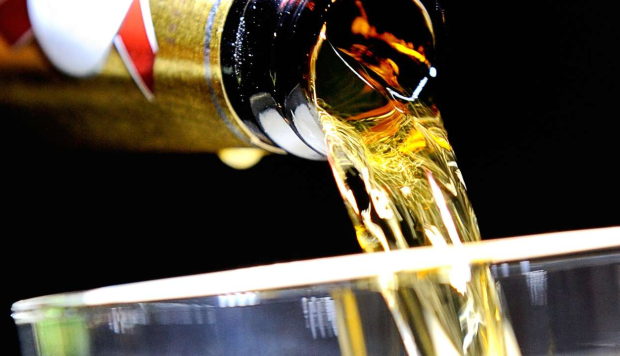 More than half of the average Brit’s Christmas drink bill will go the taxman, according to a study by the wine and spirits industry.

UK consumers pay more in alcohol duty than most of their European Union (EU) counterparts according to research by the Wine and Spirits Trade Association (WSTA). In fact, festive shoppers in Italy and France combined pay less in alcohol tax than the typical consumer in Britain.

“Comparing the wine and spirit tax regime in the UK to that in France puts the UK’s high rate of excise duty firmly in the spotlight,” Mike Beale, chief executive of WSTA said in a note.

CNBC contacted HM Treasury however they were not immediately available for comment.

WSTA has forecast the price of alcohol in Britain is set to increase in 2017 as a consequence of manufacturers and importers amending costs in reaction to the Brexit vote and the slide in the value of sterling.

The pound has taken a beating in 2016, in large part, due to the heavy losses sustained on the UK currency after the country voted to leave the EU.

“In the New Year, we should be under no illusion that prices will rise. In addition, with inflation levels rising to 1.2 per cent in November, spirits prices will increase and wine will be hit again,” said Beale.

“And that is also why it’s vital there is no increase to duty on wine and spirits at the next Budget in March. The Chancellor can provide welcome relief for businesses that have some extremely testing times ahead,” he added.