Foreign Secretary Boris Johnson exposed fresh divisions in the U.K. government by declining to endorse a new proposal that Britain should consider paying the European Union for continued access to its markets after Brexit.

In a series of television interviews on Sunday, Johnson steered clear of echoing Brexit Secretary David Davis and Chancellor of the Exchequer Philip Hammond, who both signaled on Thursday that contributing to the EU budget may be worth doing to retain some trade ties once the U.K. leaves the bloc.

Pressed on whether he agreed, Johnson said Brexit delivered the opportunity to “take back control’’ of British money, trade, law and migration from the EU and spoke only of continuing to pay the region to stay a part of small programs such as its initiative to encourage student exchanges.

“I see no reason why those payments should be large,’’ Johnson, who campaigned for Brexit, told “The Andrew Marr Program’’ on the BBC. “I am not going to get involved in the minutiae of our negotiating position.’’

Johnson’s refusal to endorse his Cabinet colleagues suggests Prime Minister Theresa May is struggling to form a Brexit strategy amid mounting pressure from both sides of the debate over what form the split with the EU should take.

In another sign of differences, Johnson told ITV’s “Peston on Sunday” that foreign students should be taken out of immigration data, something May has previously refused to countenance.

May is facing a rocky time less than four months before the deadline she has set herself for triggering two years of divorce talks with the EU. Her Conservative Party last week lost a parliamentary seat to the anti-Brexit Liberal Democrat party and the Supreme Court will on Monday begin considering her appeal of a High Court ruling that Parliament, and not her, carries to the power to start negotiations.

Amid such pressures, the government is now mulling pushing for a “grey Brexit,’’ according to the Sun and Sunday Times newspapers. That would involve leaving the single market before seeking Canada—style access to some parts of it, while also clamping down on immigration but allowing entry to the U.K. for skilled migrants in certain sectors.

Such a pact would differ from a “black Brexit’’ in which the government walks away from the talks and accepts World Trade Organization tariffs on trade with the EU or a “white Brexit’’ in which it tries to retain duty-free access to the bloc.

If the Supreme Court does rule against the government, May will file legislation just 16 words long to reduce the chances of it being amended, the Sunday Telegraph said. Labour Party leader Jeremy Corbyn said on Saturday he would seek to amend it to ensure continued links to EU markets and worker rights.

“We all have to accept and respect the referendum outcome,’’ Keir Starmer, Labour’s Brexit spokesman, told the BBC. “But we have to fight against a hard Brexit.’’

By contrast, Paul Nuttall, the new leader of the U.K. Independence Party, said on the BBC that “we’re on a slippery slope’’ in making concessions from the “clean Brexit’’ voters want.

The Observer reported members of May’s own party are worried they could lose the next general election, timed for 2020, if her Brexit push ends up alienating moderate supporters. “The Conservative Party needs to be alert that there is a moderate core of Conservative voters who voted Remain, and who want to hear the Conservative government speaking above the noise of the Brexiters,’’ a group, including ex-attorney general Dominic Grieve, wrote to the newspaper.

Business leaders are also at odds, with 200 including Michael Spencer of ICAP Plc and investor Jim Mellon saying May should just “get on with Brexit,’’ according to a letter reported by the Sunday Times. By contrast, Mike Rake, chairman of BT Group Plc, told ITV that it’s “critical’’ any deal allows the most access possible to the single market and for foreign labor to enter Britain.

In a boon for Johnson, the Sunday Telegraph citied two ambassadors denying a Sky News report that he told a meeting of diplomats that he supported free movement of migrants. Johnson said there was a “fondness’’ elsewhere in Europe toward the U.K and that while negotiations “may get pretty hairy at times,’’ there would eventually be a “new partnership’’ that both Britain and the EU benefited from. – Bloomberg

NEW YORK – Democratic candidate Hillary Clinton maintained her commanding lead in the race to win the Electoral College and claim the U.S. presidency, according to the latest States of the …

PRESIDENT Jacob Zuma challenged political and business leadership in SA and Zimbabwe to implement and unapologetically capitalise on laws aimed at transforming the economies of the two countries. Mr Zuma was … 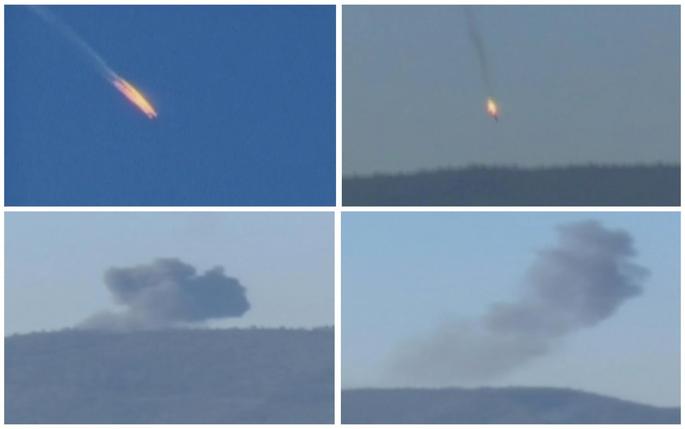 ANKARA/MOSCOW – Turkey shot down a Russian warplane near the Syrian border on Tuesday, saying it had repeatedly violated its air space, one of the most serious publicly acknowledged clashes …

VATICAN CITY (Reuters) – Pope Francis’ first Africa trip will highlight the problems of building dialogue between Christianity and Islam as both religions grow fast on the continent, threatening to …

HARARE – Zimbabwe’s government is hoping for better relations with the government of President-Elect Donald Trump, who defeated Hillary Clinton of the Democratic Party, in Tuesday’s general elections. The message, conveyed …