Trump, trade and SA: it’s the end of the world as we know it 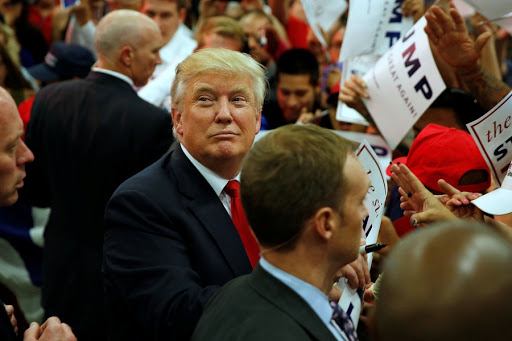 He clearly has little respect for the cross-party foreign policy consensus built up over many decades since the Second World War, and may well seek to unravel it. This sentiment lies behind his repeated statements that US allies such as Japan and Germany (remember those “cheaters”) must pay their “fair share” of maintaining the Western alliance system, and particularly Nato.

To say the Japanese are concerned would be an understatement — during my visit to Tokyo in July this year, great concern was expressed about what Trump might do once in office. Recalibration must now be in full swing across the Asia-Pacific; a region already circling around a geopolitical knife-edge with the US and China at the centre of its axis of tension.

Indeed, we may be witnessing an event of epochal proportions, signalling an end to the Western liberal international economic order as we know it.

Again, this may please some, such as Russia’s President Vladimir Putin, and perhaps a few of his Brics counterparts including elements of SA’s foreign policy elite, but it definitely will not please all.

For those, like myself, who recognise the enormous stability that the US leadership of the international system has brought over the past few decades, warts and all, this is indeed a brave new world we may be heading into.

Perhaps President Trump will pull back from the brink of candidate Trump’s agenda? Personally, I doubt it. He clearly believes in it, and now has his mandate. He is also patently not beholden to the liberal core of the now old Republican Party.

So what does this mean for SA, and our trade relations with the US?

First, should the darkest scenarios unfold, it is highly likely that global trade, investment, and growth will be seriously, and negatively, affected, and for years to come.

This would probably tip SA into economic recession, which would undoubtedly worsen our already heated politics, and deepen our social crisis, while the secular stagnation that could ensue would offer little prospect of relief.