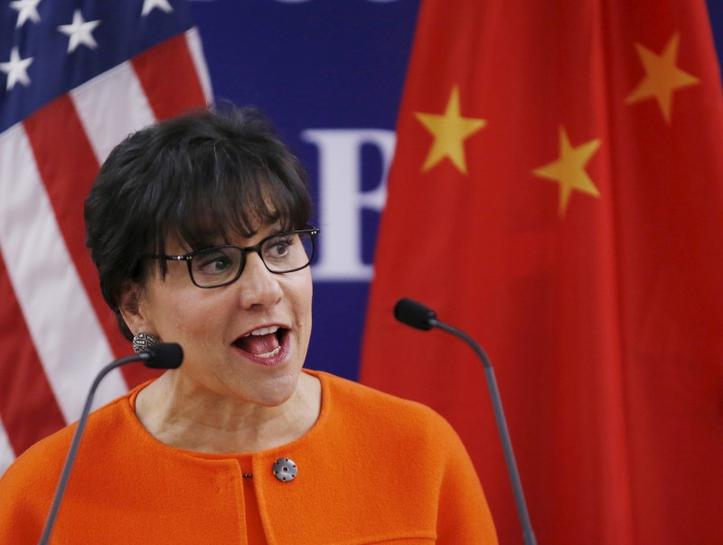 WASHINGTON China’s latest proposed list of industries that would be off-limits to foreign investors shows more work is needed to agree on a new investment treaty with the United States, U.S. Commerce Secretary Penny Pritzker said in an interview on Monday.

Reaching an agreement over the so-called ‘negative list’ of businesses in China that are out of bounds to foreign investors is crucial in sealing a treaty between Beijing and Washington that would lift investment flows between the world’s two largest economies.

Chinese negotiators sent the latest revised draft of the negative list to their U.S. counterparts last week.  U.S. officials have said in the past that the number of sectors on the list that are closed to foreigners needed to be greatly reduced for an investment deal, also known as the Bilateral Investment Treaty, to be reached.

“We are evaluating the list that we have been given (by our Chinese counterparts) and there is more work to be done,” Pritzker told Reuters on the sidelines of an investment summit in Washington DC, declining to comment on whether an investment treaty can be signed before November, as some have hoped.

“We are not going to lower the standards of our typical bilateral investment treaty just to make a deal,” she said, adding that a review of China’s trade status as a non-market economy – defined as one controlled by the state – will be driven by U.S. laws.

The latest negative list submitted by Chinese negotiators has not been made public, although sources told Reuters previously that the number of items on the list in earlier drafts had fallen to between 35 and 40, from around 80 previously.

Securing an investment treaty with the United States could bring a much-needed boost to China’s slowing economy, where domestic investment is at its lowest since 2000.

When asked about the likelihood that Washington would change China’s trade status in the United States and treat it as an economy controlled by the market rather than the state, Pritzker said the review would be a “formal” process driven by laws.

The last time the U.S. Commerce Department reviewed China’s trade status was in 2005, when it reaffirmed that the Chinese state was not a market economy. The status is set to be reviewed again this year when the previous recommendation lapses.

Under U.S. laws, whether an economy is deemed to be a “market economy” depends on the convertibility of its currency, workers’ freedom to bargain for wages, the extent of foreign investment that is allowed, the extent of government control over the allocation of resources, and other factors thought to be relevant.

China has been lobbying the U.S. and the European Union – its two biggest trade partners – to recognise it as a “market economy”, a milestone that would effectively limit the levels of anti-dumping and anti-subsidy duties on that could be imposed on imports from China under World Trade Organisation rules.

Beijing has argued that this status should be conferred automatically in December, on the 15th anniversary of its WTO accession.