They STILL won't accept EU vote! Now MPs demand to be given a veto on hard-Brexit as Ed Miliband claims voters didn't want to leave the single market

MPs are plotting a fresh bid to block Brexit by claiming any deal that takes Britain out of the EU’s single market should be first voted on by Parliament.

Remarkably, the cross-party group of pro-EU MPs – including senior Tories – claim that June’s Brexit vote was not a decision to leave the single market.

Ed Miliband, who is leading the demands, says Parliament must not be overlooked because of ‘the importance of these decisions for the UK economy’.

He said it would be an ‘outrage’ if Mrs May decided the terms of Brexit without first asking MPs. The move from MPs comes after Tory ministers made clear last week that they would be willing to leave the single market in order to cut immigration. 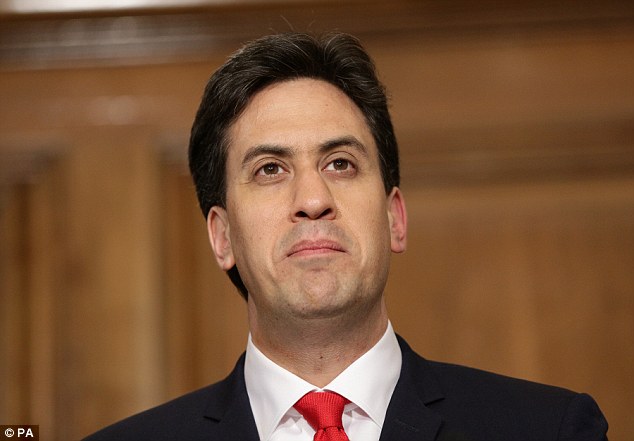 Ed Miliband (pictured), who is leading the demands, says Parliament must not be overlooked because of ‘the importance of these decisions for the UK economy’

The former Labour leader has held talks with Conservative MPs and they are considering tabling an urgent question in the Commons demanding that Theresa May appears before MPs tomorow to explain Parliament’s role in Brexit negotiations.

But Tory MP Jacob Rees-Mogg said their demands ‘typifies the disdain that the liberal elite has for voters’.

‘They prefer the tyranny of the bien pensants to democracy,’ he told MailOnline.

The latest attempts by MPs to change the terms of the historic June 23 referendum – which saw the biggest turnout in any UK election for more than two decades – comes after last week’s Tory conference signalled the Government is pursuing a ‘hard-Brexit’ that would take Britain out of the single market in order to end free movement of people.

The vocal pro-European group includes former Lib Dem leader Nick Clegg, former Tory ministers Nicky Morgan and Anna Soubry, as well as SNP and Green MPs, who were all part of the failed campaign to keep Britain in the EU. 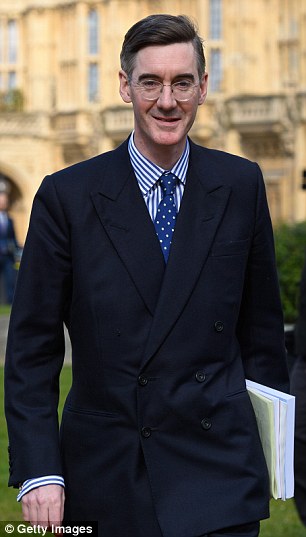 Mr Miliband told the Observer: ‘Having claimed that the referendum was about returning sovereignty to Britain, it would be a complete outrage if May were to determine the terms of Brexit without a mandate from parliament.

‘There is no mandate for hard Brexit, and I don’t believe there is a majority in parliament for [it] either. Given the importance of these decisions for the UK economy … it has to be a matter for MPs.’

Mr Clegg, who is in charge of the Lib Dem’s policy on Brexit, said it ‘would not be remotely acceptable’ to bypass Parliament on the terms of Brexit.

But their calls to be given a vote on ‘hard-Brexit’ are likely to fall on deaf ears in Downing Street after Mrs May used her first speech to Tory party conference as Prime Minister to condemn the metropolitan elite for sneering at millions of ordinary Britons over immigration.

So far she has only committed to a parliamentary vote on repealing the 1972.

The department for exiting the European Union insisted MPs will be consulted and engaged throughout negotiations but refused to commit to giving Parliament a vote on the terms of leaving.

Conservative MP Philip Davies lashed out at Remain MPs demanding a veto on the terms of leaving the EU, saying it is ‘time for pro-EU fanatics to accept the result of the referendum’. 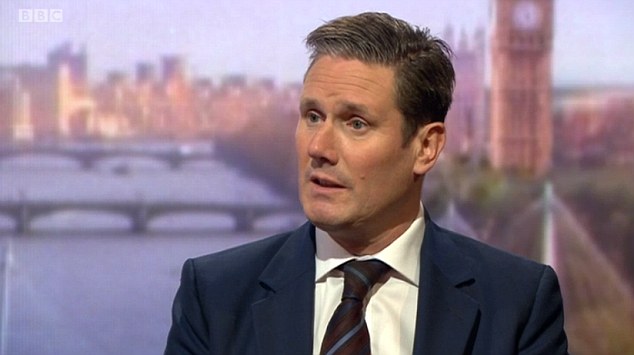 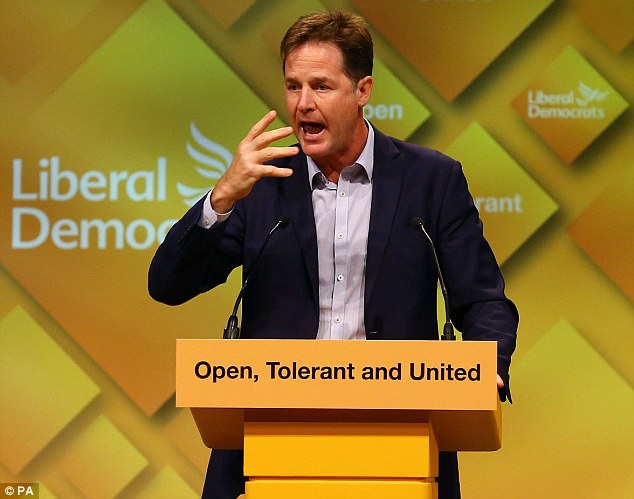 Nick Clegg (pictured), who is in charge of the Lib Dem’s policy on Brexit, said it ‘would not be remotely acceptable’ to bypass Parliament on the terms of Brexit

He told MailOnline: ‘Everyone made their arguments during the campaign – including what the consequences of leaving were – and the British people made their decision.

‘Ed Miliband ought to reflect on the fact that one of the biggest votes to leave the EU came in his Doncaster North constituency.

‘Not only is he spectacularly out of touch with his own constituents, he now wants to treat them with contempt.

‘As someone who was brought up in his constituency and with family members who still live there, I think he ought to consider packing in at the next election as the MP there. He clearly wouldn’t recognise a working class voter if he tripped over one and is completely out of touch with the people he is supposed to represent.’ 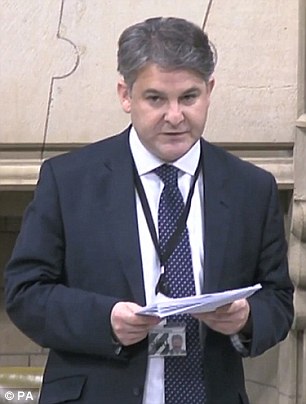 Conservative MP Philip Davies (pictured) lashed out at Remain MPs demanding a veto on the terms of leaving the EU, saying it is ‘time for pro-EU fanatics to accept the result of the referendum’

In another remarkable intervention, business leaders said any deal that would end a close economic relationship with Europe should be ruled out ‘under any circumstances’.

In an open letter, the Confederation of british Industry and engineering industry body EEF warn ministers not to pursue a trading deal that would adopt World Trade Organisation (WTO) rules, which they say would slap on crippling tariffs to 90 per cent of UK exports.

The WTO rules would add 20 per cent in extra costs for the UK’s food and drink industry and 10 per cent tariffs on British cars.

The business leaders write: ‘We respect the result of the referendum, but the government must make sure that the terms of the deal to leave ensure stability, prosperity and improved living standards.’

A spokesperson for the Department for Exiting the European Union said: ‘Parliament voted by six to one to give people the final say on EU membership in the referendum held on 23 June. While there can therefore be no attempt to keep Britain in the EU by the back door, we have been clear that parliament will be consulted and engaged throughout the process of exit.

‘We will introduce a Great Repeal bill to end the authority of EU law and we have been clear that we will follow all the constitutional and legal precedents that apply to any treaty on a new relationship with the EU.’