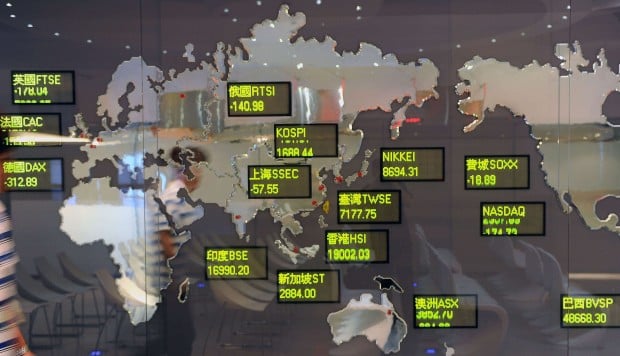 It is part of the indomitable human spirit, the sense of heady optimism that hopes for the best outcome when the chips are down.

Policymakers are no different in hoping for the happy ending after all their hard efforts in pulling the world back from the brink after the 2008 financial crash.

Flooding the global economy with a glut of cheap money, letting higher budget deficits take the strain and turning a blind eye to the world bulging at the seams with record levels of debt, might have seemed the best response at the time.

We were spared the mega market meltdown and the Great Economic Disaster that many predicted, but the world still seems a very dangerous place for consumers, business and investors right now.

The outlook remains pitted with considerable risk. With no clear way back from the Great QE Deluge and zero interest rates, the world saddled with a record $152 billion of debt and policymakers’ running out of new ways to pump up recovery, global growth is showing disturbing signs of slowdown.

What’s even more worrying is that world trade, the lifeblood of the global economy, is contracting, triggering alarm bells warning of tougher times ahead.

After all the policy largesse pumped into the global economy in recent years, world trade growth should be on the way up by now, not going into reverse. Yet global exports are down 1 per cent from a year ago. It has forced the World Trade Organisation to slash its forecasts for global trade growth this year from 2.8 per cent to just 1.7 per cent. Even this seems optimistic.

After all the policy largesse pumped into the global economy in recent years, world trade growth should be on the way up by now, not going into reverse

With world trade flagging, it is a bad omen for global growth prospects. IMF forecasts for global GDP to expand this year by 3.1 per cent before recovering to 3.4 per cent in 2017 look far too confident. The world economy continues to struggle in the wake of the financial crash.

Global economic confidence is stuck on the back foot. Consumers and businesses are still not taking up enough slack with their spending and investment plans. And thanks to weak demand in the major economies and developing nations, trade in raw materials and commodities remains subdued.

The loss of momentum in China’s economy is also dragging on global trade flows.

The US Federal Reserve’s aim to tighten interest rates again is not helping matters, as it risks boosting US bond yields.

This is not good news for emerging economies, especially those laden with heavy exposure to US denominated debt. An added bugbear is substantive monetary easing might soon be over in Japan and Europe, adding more gloom to the overall outlook.

There is also the growing threat of protectionism posing new barriers to world trade. One example is the European Union’s threat to impose higher tariffs on British exports after Brexit could spark a chain reaction of retaliation with adverse consequences for world trade.

All is not lost though and policymakers still have time to stop the slide into another world crisis. Global policymakers simply need to macro-manage more effectively and restore vital ‘animal spirits’ necessary for more vigorous recovery in real demand.

Where monetary stimulus is due to be withdrawn, governments must ensure that expansionary fiscal policy bridges any demand gap. In the case of Europe, it is vital that fiscal austerity is shelved while the less well-off euro zone nations are allowed to recover in their own time without the stress of rushing budgets back into better shape.

Despite the flood of money pouring into the global system, the ‘velocity of circulation’ in the real economy seems to be flagging relative to the financial sector

Economic activity rates need to be encouraged especially where there are signs of ‘monetary disengagement’. Despite the flood of money pouring into the global system, the ‘velocity of circulation’ in the real economy seems to be flagging relative to the financial sector. If the glut of QE money is simply leveraging excessive financial speculation at the expense of spending and investment in the real economy, this needs to be addressed.

Governments and central banks must ensure the release of cash to the financial sector through QE and special liquidity measures is properly channelled to consumers and business and not hoarded by the banks for balance sheet purposes or for pump-priming financial bubbles.

Most important of all, the barriers to trade must be pulled down. At a time when the global economy is in peril, the last thing the world needs is the spectre of rising trade protectionism.

Policymakers can hope all they like but they need to crack on with finding better solutions.