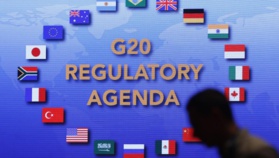 The G20 was founded in 1999 and consists of 19 major economies and EU with the aim of international financial stability by promoting high-level discussion of international financial and monetary policies. Reviewing the post-World War II history of globalization, there has been a lasting demand for international coordination of economic policies as the world has become more and more interdependent. The G20 was initiated as the latest one in a series of institutions and regimes, such as the International Monetary Fund, the World Bank, the World Trade Organization and G7/G8.

In the Age of Discovery, human started the great maritime navigation and also triggered the process of globalization. As the connectivity of the world’s economies grew very quickly, economic crisis appeared periodically and no country could remain isolated from the fluctuation of world economy any more. The quick and spontaneous responses of most countries usually included a series of anti-globalization policies like increasing tariff, devaluating currency, and trade dumping, which in most cases could not cure their pains but worsened the situation, even to a global disaster like the “Great Depression” in 1929. A concert of economic policies has become desirable. It was one of the greatest lessons we learnt from the Word War II.

At that time the United States was the only country that had the capability to carry out this responsibility, because all other great powers had been exhausted during the war. The United States designed a package of economic institutions and regimes for the Western world, which was named as “Bretton Wood System.” Within this system, globalization has been strongly promoted as most barriers for free trade and mobilization of production factors have been gradually eliminated or essentially cut down, and all kinds of international rules and coordination of economic policies were also established and developed. Thanks to these institutional arrangements, the Western world has seen a long range of economic boom. The re-burgeoning economies like the United Kingdom, Germany, France, Italy, Japan and Canada began to share the tremendous dominating power in world economy with the USA in 1970s. Then we saw the foundation of G7 and also the following coordination of international economic policies between these 7 major economies. When Russia embraced market economy, it joined this group partly because of its fast growing economy in 1990s.

However, the G7 or G8 could not present the real concert of international economic polices anymore, because many other important economies have been excluded, especially there was not even one representative from the developing countries. A series of devastating economic crises appeared throughout 1990s in Russia, Mexico, and many Southeast Asian countries. One of the main reasons was the imbalance of world economy, which means the speed and outcome of globalization varies in different countries and even different regions within one country. Some countries enjoy huge competitive power and have seen an enlarging market expansion in the world and fast growing economy, while some others suffer continuous shrink in world trade share and lasting harsh numbers in unemployment rate.

In order to prevent risks and promote further prosperity, it is needed to make greater efforts to coordinate the policies between the major economies. So with the aim of bringing together both industrialized and significant developing economies to discuss important issues in world economy, the G20 was established by including some other key members like Argentina, Australia, Brazil, China, India, Indonesia, South Korea, Mexico, Saudi Arabia, South Africa, Turkey, and European Union. According to the G20.org, collectively, the G20 economies account for around 85% of the gross world product, 80% of world trade and two-thirds of the world population. It illustrates a simultaneous rise of a group of developing countries and also a great transition in global governance to democratization from Western imperialism or hegemony. Furthermore, a gradual but remarkable process could be concluded that the global economic center is moving from the traditional West Europe to the East, especially the rim of Asia-Pacific.

It is unreasonable to seek a kind of panacea for all kinds of problems, so we should not have the illusion that G20 could solve all challenges in international economy today. Admittedly, the G20 suffers lacking any formal ability or legitimacy to enforce rules, because it is only an international forum without permanent secretariat. Thus, to a certain extent, the G20 is always under fire from press or academia, especially on the efficacy of its declarations. However, the informal way also endows the G20 with great advantages like flexibility and celerity, which result in a kind of institutional self-evolution. In 2008, the G20 Summit of heads of state or government was created in responding the financial crisis and enhancing the participation of key emerging countries in the core of global economic discussion and governance, in addition to the G20 Meetings of Finance Ministers and Central Bank Governors. By reviewing the history of human’s effort for seeking concert of economic policies, we could boldly conclude that the G20 is one of the best choices in the sense of institutionalism. Although the G20’s declaration is not legally binding, its prominent membership empowers it a strong input on global governance in world economy, both symbolically and substantially. Any economists, speculators or even central banks of certain countries would encounter heavy risk without regard to the declarations of G20.

The theme of 2016 G20 summit in Hangzhou, China, is “Innovation, Invigorated, Interconnected and Inclusive,” precisely responding the current main problems of world economy: the lagging economic growth, the imbalance of trade and capital structure, and the enlarging gap between the rich and the poor. As Chinese president Xi Jinping has pointed out that a more sustainable growth and prosperity “requires greater courage, deeper cooperation, better coordinated policies and stronger actions.” The G20 would definitely give a strong input to the current world economy by forging a commonly-shared idea and coordinated actions. In the past nearly 40 years, China has become the biggest economy only second to the USA in terms of GDP. China owes much of its development and prosperity over the past decades to globalization and international cooperation, so we feel duty-bound to make greater contribution to the world. The 2016 G20 summit provides a best opportunity for China to express its commitment to international development endeavors. It does not need to mean that we will see the successful ideal outcome tomorrow, but does mean the bright future depends on our choice and action today..

(The author is an Associate Professor of the Institute for International Strategic Studies, Party School of the Central Committee of the Communist Party of China)