The EU’s message to Google: thanks for the free operating system, guys. Please keep producing that, thanks. But you can’t use it to promote your services.

THE EU HAS an innovation problem. We are living in a time of economic change to rival the industrial revolution, but the growth is being engineered just about everywhere except Europe.

The continent seems to be in a long and terminal decline and, as we see in this week’s launch of an EU antitrust case against Google, the response seems to be more about flailing around like a churlish child than doing something to address the fundamental issues.

The EU is focused on managing its decline. We’re more worried about paying ourselves than earning a living. And when companies like Google rock up, clever tax strategies and all, the EUpean response is to look for a way to drag them down too.

David Galbraith, a partner at venture investment firm Anthemis, told The Guardian late last year that “the combined value of the top three internet companies in the Americas – so, basically, in America – is around $0.75 trillion. In Asia, it’s around $0.5 trillion. In Africa, it’s $50 billion. And in Europe, it’s just $25 billion.”

Meanwhile, as Angela Merkel likes to point out, the EU accounts for about 7% of the world’s population, 25% of its GDP and half of its social welfare spending.

Long before the antitrust case launched this week and concerned at the success and dominance of Google, the EUpeans funded a €298 million project to launch a rival search engine called “Quaero”.

No, I’ve never heard of it either. The name is apparently the Latin for “I seek”. The intention, as one news outlet put it in 2008, was to provide “Google-Killer Funding”.

This cuts right to the heart of how the continental European in particular thinks. Everything comes back to how the state might solve a problem, even though governments tend to be the most inept participant in any venture.

The US has produced Facebook, Google, Twitter, LinkedIn, PayPal, Tesla (the latter two involving the same guy) and a host of other game changing companies. Most of them have emerged from college campuses, when a couple of people got together to tinker and try something new and innovative.

A lot of companies we’ve never heard of tried the same and didn’t make it. They didn’t get €300 million of government funding upfront to try and do something derivative, and where they did burn through millions it was private venture capital money.

The €300 million is also a paltry sum compared to the $10 billion or so that Google spends on research and development (R&D) each year. Much of this R&D actually goes into products unrelated to research, whence 80% of their revenue comes.

There’s a decent chance that if you are in an autonomous car in 20 years or have a good internet connection in the middle of the Himalayas in five years, Google “moonshot” projects will have had something to do with it.

For all that spending, as sure as the day is long Google will be challenged in one or more of its core competencies in the future. It will be taken on by a 14-year-old who is sitting at home each night teaching him or herself to code.

The company won’t go away, but it will end up like a Microsoft or an Intel; two stalwarts of computer revolution who have not kept up and shown profit warnings and staff cutting plans only this week in recompense.

Let us consider in the meantime the specifics of the problem the EU Commission has with Google: That the company produced a wildly successful mobile operating system and gave it away for free with one or two caveats.

That’s it: They produced a product for mobile devices that, like its search engine with a 90% market share in Europe, is so damn good that too many people want to use it. 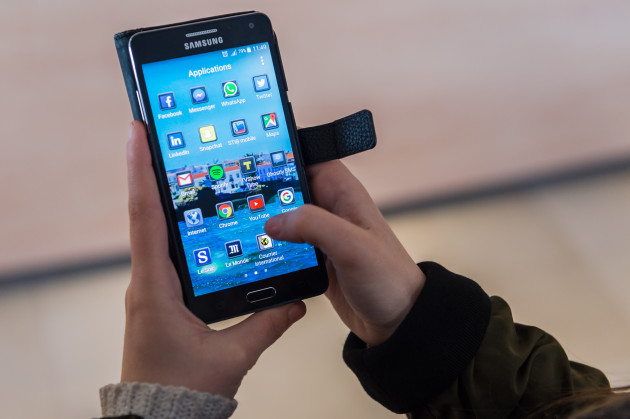 The Android operating system took millions of dollars to produce, and continues to take million each year to update. And Google gives it away on an open license to anyone who wishes to use it.

It now powers over 80% of the mobile devices sold, and is used in vanilla formats by many phone manufacturers as well as in custom formats by companies like Amazon; who use it to power their Kindle tablets. The OS powers phones, tablets, smart televisions and even smart home gadgets and fridges.

The Android platform is enabling some of the most interesting leaps forward in tech that have been happening over the past few years. Google has invested in this platform so that it can get more people to use its services in turn.

It is pretty amazing, if you think about it. As the technological revolution picks up ever more pace, ever more devices you use every day become connected and gain access to features that improve your life.

One of the chief enabling platforms for this revolution has been created at great expense and then been given away openly for others to innovate on, for free.

It’s a quid pro quo: Google created the platform enabling all this innovation; and in return, we gravitate towards using Google more.

The EUpeans reckon that Google making it mandatory for device manufacturers to include some of their apps in each device is anticompetitive.

In other words, thanks for the free OS, Google. Please keep producing that, thanks. But you can’t use it to promote your services.

It’s the mindset at the core of this matter that should ring alarm bells in all our minds. Here in Ireland, as you may note from where we emigrate to, we’re more culturally aligned to the British, the Americans, the Australians, Canadians, New Zealanders et al. There is a completely different way of looking at the world to that of our neighbours on the continent that I’m not sure we often stop to appreciate.

Have you ever paused to wonder why the continentals, who have in living memory seen people shipped off in cattle wagons to their deaths, all think that universal ID cards and residents registering with their local police station or city hall is a good idea? They’re a deeply odd bunch who do not universally share our ideas around personal liberty and free markets.

Their response to foreign companies that win massive market share simply by being better than everyone else is to first try and spend millions to compete with them; and subsequently to launch a myriad of antitrust investigations against them.

Meanwhile, Germany-based Volkswagen has made a settlement in the US this week that will see it buying back cars and providing owners with compensation following the emissions scandal. No penalties have been meted out in Europe thus far. Odd, huh?

We need to be able to do business with the Europeans through a free trade association, such as we had before the EEC morphed into the monster it is today. We do not need to be a deeply integrated part of a federal state in decline that lacks the imagination to try and compete and innovate.

In the meantime, if I was in Google HQ I might consider allowing the EUpeans their room to flourish; by switching off my “anti-competitive” services within the union for a couple of days. Let the Commission figure out what happens when you ban the wheel because you didn’t invent it.

Read: Google’s latest EU headache could end up affecting how your phone operates