World’s only robot capable of cleaning freely on curved surfaces. Over 30 patents registered in 16 countries including the US

SEOUL, South Korea, Aug. 25, 2021 /PRNewswire/ — “We have commercialized an economical and environment-friendly underwater robot cleaning system for the first in the world.” Awarded the new technology representative certification in the mechanics field by the Ministry of Trade, Industry and Energy the next year after its establishment, Tas Global, led by CEO Kim, is showing solid technological strength. 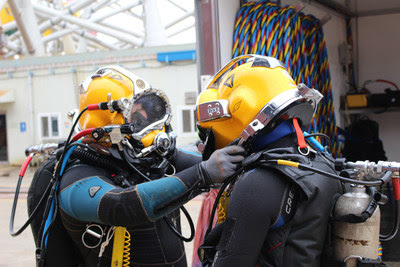 The hull cleaning robot of Tas Global attaches strongly and softly on ships underwater and on the water surface. It is the only robot capable of cleaning while moving freely on curved surfaces. The robot is operated by various sensors and 8 cameras facing all directions. While the robot’s body weighs 200kg, it moves smoothly by maintaining positive buoyancy. An in-house developed portable filtration system of Tas Global, connected to the robot’s body, can clean microorganisms and microparticles in 3 stages.

With the world’s first and best technology, Tas Global was selected as the supervising company of this year’s government project 8 years after its establishment.

The company was selected as the supervisor of the research project ‘Development of Technology for Processing Organisms Attached on Ship’s Hull” executed for the ‘clean sea, rich fish field’ national policy assignment of the Ministry of Maritime Affairs and Fisheries. 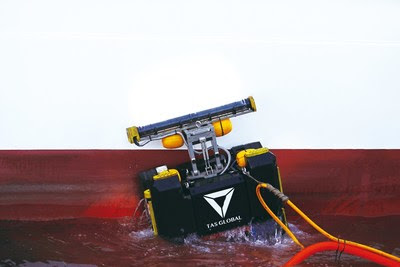 The commissioned institutions are Korea Maritime University, Changwon University and Gyemyeong University, while the beneficiary organization is HMM.

Additionally, as an international treaty on cleaning ships in water using new technologies would be drafted and enacted jointly by International Maritime Organization(IMO), United Nations Development Programme(UNDP) and Global Environment Facility(GEF) within 3 years, the successful performance of this assignment has become crucial than ever.

Prior to this, Tas Global joined the international industry association of IMO’s The GloFouling Partnerships Project as the first in East Asia to set its environment-friendly robot technology as an international standard.

When the international treaty established, maritime shipping companies must have organisms attached to the underwater body of ships removed and maintain the organism attachment at a state below a certain level (minor seaweeds). 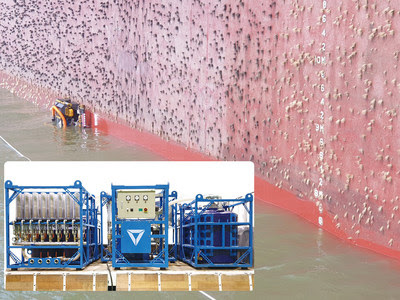 Tas Global is evaluated as the most competitive, being the only company that has developed and commercialized a robot technology that attaches on the ship’s surface and moves without slipping. It registered over 30 patents in 16 countries, namely the US and Europe.

Tas Global is attentive to the safety of industrial divers. Robot work emerges on large areas and standardized works, but underwater repairs occur on small areas and are of irregular nature. Thus, divers focus on works requiring precision.

Tas Global prepared an internal safety guideline exceeding the safe diving equipment and complementing the manpower structure specified in the occupation safety and health acts. Its another goal is to consistently invest in the procurement of highly-priced industrial diving equipment to normalize the Korean industrial diving system, which has not been sensitive enough to safety so far.

Based on such technological capability, Tas Global has signed a contract with HMM on robotic underwater ship cleaning and diving works in 2020 and has continued until today. Tas Global is also closely working with international major shipping companies such as CMA CGM, and Inchcape.