Swiss immigration deal: Could the UK strike the same migrant deal with the EU after Brexit 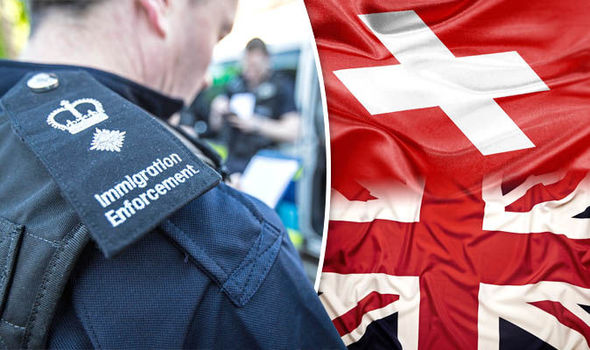 What is the Swiss immigration deal?

Switzerland is set to agree on a new deal with the EU after its citizens voted to introduce quotas on migrants entering the country in a referendum in 2014.

Brussels has so far refused to negotiate with the Swiss government saying that free movement is a condition of its EU single market membership.

Maciej Popowski, deputy secretary general of the EU’s External Action Service, has suggested a second referendum to “change the logic”.

Jean-Claude Juncker has now indicated he might be willing to agree to a compromise that would give hiring preference to Swiss nationals over migrants.

Bern’s lower and upper chambers will vote on the compromise before the deadline for an agreement in February, as set out in the terms of referendum.

The Swiss government had threatened to impose unilateral quotas in violation of the current EU agreement, but the move was rejected by a parliamentary panel.

Switzerland is not an EU member but has a series of bilateral treaties with the bloc and belongs the European Free Trade Association.

WILL THE EU PUNISH THE UK FOR BREXIT?

Could the UK strike a Swiss-style immigration deal with the EU?

Theresa May has pledged to deliver a “unique” and “ambitious” EU trade deal, offering the “freest possible trading relationship” while clamping down on migration.

The Swiss negotiations have been seen as a potential model for a future UK deal combining border controls and free trade.

Alexis Lautenberg, the former Swiss ambassador, has said that any eventual Swiss deal will set a benchmark for Britain, as Bern are seeking “exactly the same trade-off as in the UK”.

EU policy expert Pawel Swidlicki also believes that the two nation’s fates are intertwined. He said that the Brexit vote has likely made it harder for the Swiss to get concessions on migration, as a block on free movement would “ramp up pressure” for the UK to get a similar deal.

“If the Swiss were to fail in their bid to reform free movement or even vote down a deal and lose some of their preferential market access, it would undermine the argument that the UK could opt-out of free movement while striking a comprehensive post-Brexit free trade agreement with the EU,” he explained.

“On the other hand, if the Swiss were able to negotiate some restrictions on free movement, however limited, it would ramp up the pressure. It is precisely for this reason that Brussels has played and will continue to play hardball with the Swiss.”