About 55,500 South Sudanese arrive in Sudan in two months. The influx of South Sudanese into East Darfur, South Darfur and West Kordofan continues, with an estimated 55,500 people having arrived in the country since the end of January 2016, according to aid organisations.

This is equivalent to almost 1,000 people per day. They reportedly left South Sudan’s Northern Bahr El Ghazal, Eastern Bahr El Ghazal and Warrap states due to food insecurity, as a result of armed conflict, the failure of the agricultural season and the unavailability of food and high prices of cereals. Most of the new arrivals, about 43,300 people, have arrived in East Darfur. The remaining South Sudanese have arrived in South Darfur (3,800) and West Kordofan (8,400).

While the response to meet the humanitarian needs of the new arrivals is ongoing, preparedness efforts for a potentially continuing influx are being made. The UN Refugee Agency (UNHCR) is currently preparing a preparedness plan (covering South Darfur, East Darfur and West Kordofan) using a planning figure of 120,000 until the end of June.

Almost half of all the South Sudanese who arrived in Sudan over the past two months have settled in Khor Omer camp in Ed Daein, capital of East Darfur State. As of 2 April,

27,890 people had been registered in Khor Omer camp by a committee led by the Sudanese Red Crescent Society (SRCS). On 3 April, the International Organization for Migration (IOM) started the verification of the new South Sudanese arrivals in Khor Omer. The organisation trained 50 enumerators to conduct this verification.

While the verification is ongoing, aid organisations are assisting the people in need in Khor Omer. By 2 April, the World Food Programme (WFP) and SRCS had distributedfood to 22,660 people (81 per cent of the new arrivals) in the camp and distributions are ongoing. Health and nutrition services are available at the camp through one clinic supported by the World Health Organization (WHO), the UN Children’s Agency (UNICEF) and the State Ministry of Health (SMoH). However, an ambulance, additional medicines for curative and reproductive health care, an in-patient ward at the primary health care centre and measles vaccines are urgently required, along with an additional temporary health facility. WHO, UNICEF and SMoH are looking into the issue of vaccination against measles and polio and vitamin A supplements for children between six month and 15 years. WHO has committed for the costs of the first round of vaccinations. UNICEF will provide vitamin A and negotiations are ongoing for receiving vaccines from the Ministry of Health (MoH).

Access to safe water remains one of the main challenges in Khor Omer despite a slight improvement in the water supply compared to the previous week. In this first phase of delivering aid, organisations aim to deliver 7.5 litres per person per day (l/p/d) which amounts to 209,175 litres of water for 27,890 people daily. The national NGO ASSIST is trucking in 21,000 litres of water per day and the African Union – United Nations Mission in Darfur (UNAMID) is trucking in an additional 6,000 of litres. On 7 April, the international NGO ZOA plans to start trucking in an additional 10,000 litres of water per day for 15 days. However, as South Sudanese continue to arrive, gaps in water supply are expected to increase. The SMoH and the Government’s Water and Environmental Sanitation Department (WES) have so far built 11 out of the planned 15 communal latrines. Only 700 families have received emergency household supplies there are still about 6,000 families who have not received these supplies. So far, no shelter materials have been distributed and the new arrivals are either living with relatives or under trees. Plans for an inter-agency mission to the area are in progress and UNHCR continues to advocate with government authorities for direct access to East Darfur to support the ongoing response. 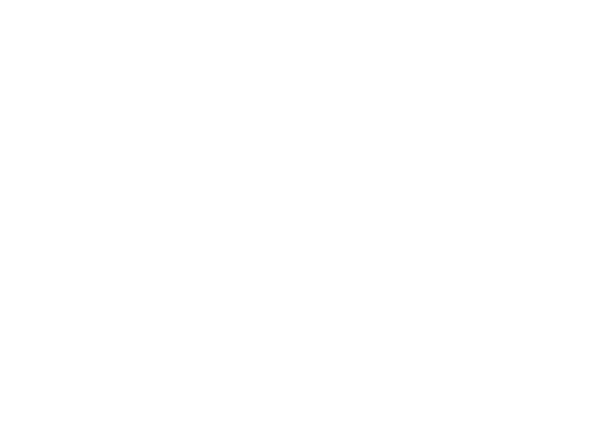 On 29 March, an inter-agency assessment mission visited Bielel internally displaced persons (IDP) camp in South Darfur to assess the needs of over 3,800 new South Sudanese arrivals. They have arrived in the camp since February and have been registered by the office of the Commissioner of Refugees (COR). The mission included staff from the UNHCR, the UN Office for the Coordination of Humanitarian Affairs

(OCHA), WFP, UNICEF, COR and the SMoH. Preliminary findings of the mission indicate that the new arrivals are in dire need of humanitarian assistance. According to the community leaders, people are still living in the open and lack access to safe water and sanitation services. WFP will provide food aid to these new arrivals and on 5 April, UNHCR began distribution of emergency household supplies to 674 families. Provision of emergency shelter supplies has not been approved as it remains unclear if the arrivals will be permitted to settle in the camp. The new arrivals are able to access health services at the Norwegian Church Aid (NCA) health facilities in the camp. They were also observed participating in daily income generating activities such as farming and brick making.

The Government’s Humanitarian Aid Commission (HAC) and WFP report that 8,428 South Sudanese have arrived in West Kordofan’s Kharasana and El Meiram areas since February. In Kharasana, HAC reports 3,920 South Sudanese have arrived in the camp since February. All of them came from South Sudan’s Northern Bahr el Ghazal and Western Bahr el Ghazal states. This recent influx brings the total number of South Sudanese currently at the Kharasana site to 9,100. All the South Sudanese in Kharasana have received food rations from WFP. The health services in the Karasana clinic are supported with medicines and supplies. A temporary clinic has been established in the transitional camp, however, the activation of the clinic is pending the finalisation of negotiations with host communities and availability of staff.

In El Meiram, HAC reports 4,508 South Sudanese newly arrived since February, of whom WFP had verified 1,559. Some of the new arrivals said it took them three to nine days to reach the border on foot under extreme thirst and hunger. Insecurity along main roads due to the presence of armed groups has forced them to travel through harsh terrain, with some deaths during the difficult trek. There are very few elderly or persons with disabilities among the arrivals in El Meriam. Most of the arrivals are in very poor health and are in urgent need of humanitarian assistance. WHO has committed to support the Meiram health facility with additional staff and medicines for an initial six weeks. WFP plans to distribute food to the new arrivals shortly.

Following the governmental directive on 17 March that all South Sudanese in Sudan are to be treated as foreigners, South Sudanese living in host communities around the Joda border area—between Sudan’s White Nile State and South Sudan’s Eastern Nile State— have received instructions to relocate to sites in White Nile State. According to UNHCR, 164 families (683 people) from the border area had relocated to Al Alagaya extension site as of 30 March. This number is expected to rise to over 200 families in the coming days. The arrivals to Al Alagaya are being registered by SRCS, and the majority are in possession of UNHCR ration cards and identification cards from the Sudanese Directorate of Passports and Immigration (IPP). Arrangements are being made for the new arrivals to move from the Al Alagaya extension site to the new Al Waral site, where they will be provided with shelter materials and emergency household supplies. New arrivals crossing the border into White Nile are no longer allowed to stay with host communities and must go to sites in the state.

According to UNHCR, the total number of South Sudanese who have arrived in Sudan since mid-December 2013 has reached 222,665 as of 31 March.

Aid organisations continue to assist thousands of people who have been displaced from parts of the Jebel Marra area since mid-January 2016 and have sought assistance in various locations in North, Central and South Darfur states.

According to HAC, the number of IDPs from Jebel Marra in South Darfur’s Kass town is 3,910 (786 families). This is an increase of about 2,700 people compared to 1,190 people reported on 27 March. In response to the increased needs in Kass town, the international NGO Care International Switzerland (CIS) has extended pumping hours in all water yards to ensure an adequate water supply. The water supply is now estimated between 12 and 15 litres per person per day. WES has repaired one water yard and is currently repairing a hand pump. An additional two water tanks have been brought in to cater for the new influx of IDPs. Sanitation services, however, remain a major problem due to the lack of space for the construction on new latrines. Other components of response, including food and other aid, are pending the results of the verification of these new IDPs.

There have been reports from the national NGO Rural Development Network (RDN)— and confirmed by HAC—that 920 people (184 families) from East Jebel Marra have arrived in Otash IDP camp in South Darfur.

Number of Jebel Marra IDPs in Central Darfur remains at 14,369

The number of registered/verified IDPs from Jebel Marra taking refuge in Central Darfur (Golo, Guldo, Nertiti, Thur as well as Hameedia and Hasahisa IDP camps) remains at14,369, according to HAC and aid organisations. There are unconfirmed reports from community leaders, however, of the arrival of more than 2,500 IDPs, from villages in West Jebel Marra locality, in Guldo town. The new IDPs are reportedly living with the host community and are sharing their limited resources. This increased pressure on resources is a concern for the host community.

HAC reports that the authorities are responding to the needs of the new IDPs in the state. Food supplies, including sorghum and dates, have been distributed to an estimated 1,735 people (347 families) in Thur and 4,325 people (865 families) in Guldo. Authorities have also distributed blankets and jerry cans to IDPs in Thur and blankets and children’s clothing to IDPs in Guldo. In Hameedia IDP camp, WFP distributed one-month rations of cereals and pulses to about 1,550 people (310 families). In Hameedia IDP camp, the international NGO Norwegian Church Aid (NCA) distributed household supplies from UNHCR to 310 new IDPs.

The MoH, the United Nations Development Programme (UNDP) and Ministry of International Cooperation (MIC) signed a three-year $60-million agreement to support the MoH in procuring life-saving medicines and other health commodities for Sudan. This project aims to enhance the treatment of patients in Sudan and emphasises the government’s commitment to overcoming health and development challenges in Sudan. The project provides a strategic approach to strengthen the national public health procurement system and improve the effectiveness of diagnosis and treatment of patients through procuring of medicines, medical and laboratory equipment and consumables for the National Medical Supplies Fund. The project will to assist in the scaling-up of national capacities and systems through the procurement of efficient, transparent and timely life- saving health commodities.