Scotland’s First Minister will today announce plans for a Norway-style arrangement to stay in the EU single market.

In a news conference later, she will reveal the full details of a Brexit battle plan entitled “Scotland’s Place in Europe”.

Ms Sturgeon has indicated that if the proposals are dismissed by the UK Government, she will proceed towards a second independence referendum.

Membership of the EEA provides for the free movement of goods, services, people and capital.

Currently, Norway, Iceland and Leichtenstein have such an arrangement, which gives them full access to the single market.  In return, those countries must contribute to the EU budget and accept most EU laws. 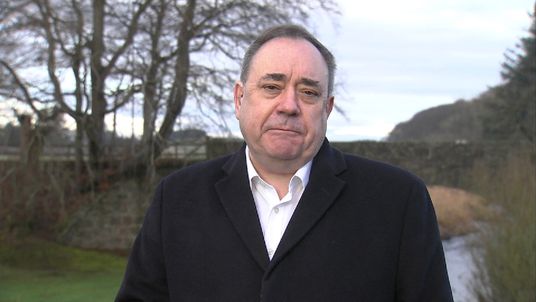 The European Free Trade Association is a trade organisation which, among other things, negotiates trade agreements on behalf of its member countries.

Before today’s announcement, Nicola Sturgeon said: “Being part of the European Single Market is vital for Scotland’s future economic wellbeing.

“Analysis shows the cost to our economy of a hard Brexit, outside the Single Market, could be around £11bn a year by 2030, with an independent forecast of 80,000 lost jobs in Scotland and a cut in average earnings of around £2,000 per person after a decade.

Some experts have dismissed the idea of Scotland joining the European Economic Area whilst it remains part of the United Kingdom, warning of a hard economic border with the rest of the UK which could have a wholly different set of regulations from the EU.

The UK Government has given mixed messages on whether or not it will listen to Ms Sturgeon’s Brexit plan.

Scottish Secretary David Mundell has said the proposals will be listened to carefully, if they are “credible and backed-up by evidence”.

It contrasts with the words of the Chancellor Philip Hammond, who appeared to dismiss the prospect of a special Scottish deal on a recent visit to Edinburgh.

The SNP’s opponents suspect they are proposing the impossible as part of a strategy that leads towards a second independence referendum.