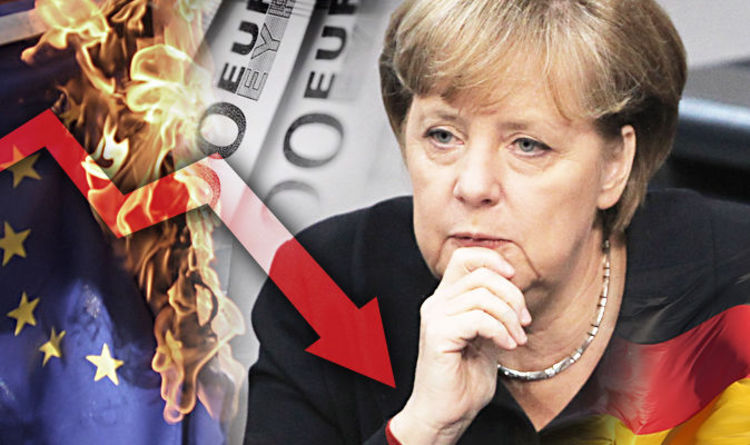 German exports fell by 4.1 per cent in the year to October, with imports falling 2.2 per cent.

The EU’s economic powerhouse’s exports grew by only 0.5 per cent in October from previous months, falling short of forecasts which expected growth of one per cent.

Germany has seen exports almost stagnate over the last 12 months, growing on average by 0.1 per cent monthly from a historical average of 0.3 per cent.

Data suggests that German industry, whose output rose less than expected in October due to stagnating factory output, will only witness a mild recovery in the last three months of this year.

The figures dampened hopes that trade will make a significant contribution to a predicted expansion in Europe‘s biggest economy in the final quarter of this year.

ING economist Carsten Brzeski said: “Looking ahead, the latest weakness of the pound sterling and possible protectionist policies under the new president in the US do not bode well for the outlook for German exports.

“It seems as if exports’ troubles gaining momentum will not be over any time soon.”

Germany exported goods worth €59.7billion within the EU in October, down 4.5 per cent on the year, with imports from within the bloc worth €54.2billion, a fall of 1.9 per cent.

Seasonally adjusted exports rose by 0.5 percent on the month, data from the Federal Statistics Office showed, while imports increased by 1.3 percent.

The data reinforces a trend of weakening exports, which have been losing their traditional role as the main growth driver in Germany.

Hours after the data was published, the BGA trade association said it would lower its 2016 growth forecast for exports to a “mini plus” from a previously projected 2 percent.

A spokesman for the BGA said: “The forecast of 2 percent growth is no longer valid.

“We will now go for a mini plus for this year.”

A Reuters poll had pointed to exports rising by 1 per cent and imports posting a 0.9 per cent increase.

The jump in imports narrowed the seasonally adjusted trade surplus to €20.5billion from €21.1billion in September.

The October reading was below the Reuters consensus forecast of €21.5billion.

Exports for September were revised down for a fall of 1 per cent from a previously reported drop of 0.7 percent.

But the positive effects of private consumption are likely to wane next year, as rising consumer prices and weaker wage increases are expected to discourage Germans from spending.