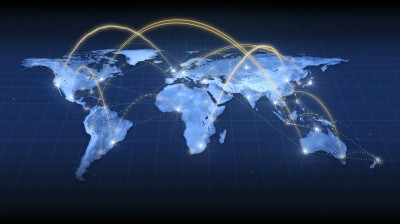 Reports issued this week by the World Trade Organisation (WTO) and the International Monetary Fund (IMF) point to worsening stagnation in the global economy and a consequent rise of nationalist tensions.

The WTO forecast that global trade would grow by only 1.7 percent this year, compared to the already low rate of 2.8 percent it had predicted in April. In the analytic chapters of its latest “World Economic Outlook” (WEO) report, the IMF warned that “broad-based” low inflation and outright deflation could lead to a full-blown deflationary cycle in which lower prices, combined with falling investment, lead to a further economic contraction.

“Disinflation has been taking place across a broad range of countries and regions,” the report stated. “By 2015 inflation rates were below medium-term expectations in more than 85 percent of a broad sample of 120 economies—20 percent of which were actually experiencing outright deflation.”

The WTO report focused on the rapid downturn in global trade, particularly over the past three years. Since the 1980s, world trade has grown at a rate 1.5 to 2 times faster than the growth in global gross domestic product. This year, the trade growth rate will only be 80 percent of GDP, the first time trade growth has dipped below GDP growth since 2001 and only the second time since 1982.

“The dramatic slowing of trade growth is serious and should serve as a wake-up call,” said WTO Director-General Roberto Azevêdo. Having earlier pointed to the rise of protectionist measures, especially by major countries, the WTO again raised its concerns over this issue. It was necessary to ensure that the slowdown did not “translate into misguided policies that could make the situation much worse, not only from the perspective of trade but also for job creation and economic growth and development.”

“This is a moment to heed the lessons of history and recommit to openness in trade, which can help to spur economic growth,” Azevêdo said.

The reference to the “lessons of history” was an allusion to the experience of the Great Depression of the 1930s, when all of the major economic powers reacted to a contraction in world markets by imposing increased tariff barriers and forming currency blocs, further exacerbating the downward spiral and contributing to the conflicts that erupted in 1939 in the Second World War.

His remarks were echoed in a speech delivered by IMF Managing Director Christine Lagarde in Chicago yesterday. She said the world economy faced the danger of constrictions on trade and increased protectionism.

“Restricting trade is a clear case of economic malpractice,” she said. Limiting economic openness was “sure to worsen the growth outlook for the world,” and it was necessary to “reverse the trend toward protectionism and restore a climate that supports a rebound in trade.”

The IMF drew attention to the slowdown of trade in its WEO report, noting that it was a symptom of sluggish growth. “Empirical analysis suggested that up to three-fourths of the shortfall in real trade growth since 2012 compared with 2003-2007 can be traced to globally weaker economic growth, notably subdued investment.”

The decline in investment is particularly significant because investment is the driving force of economic expansion in the capitalist economy. Investment is carried out in the expectation of future profits, leading in turn to higher employment and greater demand for raw materials and industrial goods, thereby promoting broader economic expansion. But as profit expectations decline, investment falls, bringing about economic contraction and a turn to financial speculation and manipulation to boost profits.

The IMF warned that the “quantitative easing” measures of central banks, carried out with the rationale that low interest rates will lift inflation and stimulate investment in the real economy, but in reality only boosting speculation, were reaching their limit. It said “bold policy actions” were needed to avoid the risk of chronically undershooting inflation targets and eroding the credibility of monetary policy, especially in the advanced economies.

The IMF has been calling for some time for increased government spending on infrastructure programs in order to provide an economic boost.

This call was repeated by Lagarde in her Chicago speech. She said governments with so-called fiscal space, such as Canada, Germany and South Korea, had to more aggressively pursue government spending. She also called for greater coordination among major countries. The IMF has been regularly making such calls at meetings of the G20 in the recent period, but has failed to elicit any concrete action.

“No doubt, the current situation is different from the 2008 crisis, which required a prompt, massive and coordinated fiscal response,” Lagarde said. “But as our ‘new mediocre’ is less acute, it is also more divisive and subtle than a full-blown crisis, and it could prove just as toxic as the recovery has so far proven elusive.”

She said if all countries worked to stimulate their own growth, this would bring “positive spillovers” that would “reinforce each other” and benefit the world economy as a whole. While such an approach might appear to be in accord with logic and reason, however, it runs into the objective obstacle of the division of the world into rival great powers with conflicting interests. All the major powers are in favour of such action, provided someone else does it.

The US, for example, wants to see increased spending by Germany to boost the European economy, thereby benefiting American exporters and investors. Germany, on the other hand, fears that such measures will weaken its financial position to the benefit of US banks and investment houses.

Consequently, rather than increased collaboration, the world economy is marked by increased national tensions and rivalries. The rise of protectionist measures—initiated in the main by the advanced economies—is accompanied by outright economic warfare, expressed most sharply in the European Union’s demand for a €13 billion back tax payment from Apple, the sinking of the US-based Transatlantic Trade and Investment Partnership by Germany and France, and the US Justice Department’s $14 billion fine against Deutsche Bank, which threatens to send the German banking giant into bankruptcy.

The intractable contradictions gripping the world economy were highlighted in another part of the IMF’s WEO analysis, where it called for China to pull back from “unsustainably high growth targets” by reining in credit growth. China has responded to the global economic slowdown by increasing credit by 13 percent this year—the fastest expansion since the 2008 financial crisis.

But with the country’s debt-to-GDP ratio at 250 percent and rising, these measures could set off a financial crisis. The IMF called for a comprehensive plan to address “vulnerabilities” in the financial sector. “A disorderly deleveraging … could trigger contagion in emerging market financial markets,” it said.

Thus, while calling for increased global growth, the IMF wants the world’s second largest economy, where the growth rate of 6.5 percent is far higher than most of the rest of the world, to cut back on stimulus lest this set off a financial crisis with global repercussions.

The remarks by both Lagarde and Azevêdo point to fears in policy-making circles that the world economy is increasingly riven by nationalist tensions which, despite their warnings, they are unable to reduce.

There are other, related concerns, generally referred to somewhat euphemistically as a “backlash” against globalisation. At heart, this is a reference to mounting social opposition to the growth of social inequality and hostility to the entire political and corporate establishment, a phenomenon reflected in contradictory ways in the support for Bernie Sanders in the US presidential race, the Brexit vote in the UK, the crisis of the traditional ruling parties and rise of right-wing populist parties in Europe, and the elevation of Donald Trump as the Republican presidential candidate in the US.

Fear is mounting within the international capitalist class of this opposition taking the form of a conscious struggle by the working class on the basis of a socialist perspective. Some of what is being discussed behind closed doors was revealed in an editorial published earlier this month by the British Economist magazine, which warned that the present economic climate bore a striking similarity to the “backlash” that led to the Russian Revolution.

A century later, the Economist wrote, what may be taking place is a return to “1917 and all that.”