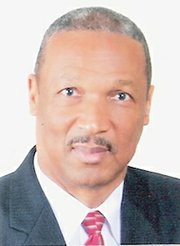 Lack of private sector involvement has been a key factor in why the Bahamas’ bid for full World Trade Organisation (WTO) membership has lasted 15 years and counting, a former Securities Commission principal believes.

Hillary Deveaux said it was “extremely ironic” that the Bahamas launched its membership effort in 2001, the same year that 13 Caribbean countries began efforts to establish a Coalition of Services Industries in their nations.

The Bahamas this week became the 14th regional nation to create such a Coalition, which has as a key objective to advance and protect the interests of services industries in trade negotiations.

Mr Deveaux, who was recently appointed as the Bahamas’ alternate chief negotiator for the WTO membership effort, said the absence of advocacy bodies such as a Coalition of Services Industries had impeded the country’s progress in these talks.

“It shows why we have not progressed in the accession to WTO,” Mr Deveaux said of the 15-year delay in the Bahamas forming its own Coalition of Services Industries.

“It’s one of the reasons, but not the only reason, why we have not moved further in the accession to WTO. We have to have input from stakeholders.

“They have to protect their interests, and ensure they have market access outside the jurisdiction.”

Mr Deveaux, who chaired the services negotiating group for the short-lived Free Trade Area of the Americas (FTAA) project, said those talks exposed just how far behind the Bahamas was in terms of private sector involvement.

He recalled how the US, in particular, was agitating to see other countries’ legal frameworks, so it could both protect the interests of American business and ensure foreign markets were opened up to their goods and services.

“You don’t go into these negotiations unless you have the support of organisations like the Coalition of Services Industries,” Mr Deveaux said bluntly.

The former Securities Commission executive director, who is now a consultant to the Ministry of Financial Services, the ministry responsible for trade matters, emphasised that the notion of so-called ‘free trade’ was a myth when it came to the WTO.

He told Tribune Business that the rules, or ‘terms of trade’, that the Bahamian economy and private sector will face upon accession to the WTO depend entirely on the skills of the negotiating team that himself and HLB Galanis principal, Philip Galanis, will lead.

“This thing about free trade, the WTO and other agreements, they’re not fair trade,” Mr Deveaux told this newspaper. “It has nothing to do with fairness. It’s how you negotiate.”

He added that “massive education programmes” were required to inform the business community and individual Bahamians how WTO membership would impact their daily operations and lives.

“One of the biggest violations in trade in the Bahamas is intellectual property rights,” Mr Deveaux admitted.

“You see people near food stores, selling DVDs and CDs. They’re not legitimate, and think they’re making an honest living, but they’re abusing private individuals and companies’ intellectual property rights. It’s like going into a person’s home and stealing. They don’t understand that.”

Mr Galanis, in a separate interview, confirmed to Tribune Business that one of the newly-reformed Trade Commission’s primary tasks will be to educate the private sector and Bahamians on free trade agreements, and how they impact them in practice.

“Our mandate is to ensure Bahamians are aware of the importance and terms of the various trade agreements undertaken by the Bahamian Government,” he said.

“We are mandated to raise awareness of the impact of the trade agreements. There are a number of factors that will impact our daily lives; the removal of tariffs, movement of labour and anti-dumping.”

The Bahamas’ negotiators, in talks with the countries that have an interest in trading with this nation, such as the US, Canada, European Union (EU) and other Caribbean nations, will be tasked with achieving the best possible ‘terms of trade’ for local businesses.

WTO membership will mean that the Bahamas formally enters, for the first time, a truly global trading system where it has to ‘play by the rules’ with 152 other countries, and not enjoy the typical ‘ad hoc’ arrangements many exporters have previously been used to.

“We want to look at the industries to protect,” Mr Galanis told Tribune Business. “We need to understand and identify sectors vulnerable to trade liberalisation.

“We don’t want to open up, for example, the transportation sector to persons in the international arena. That’s going to be very important for us.”

Mr Galanis acknowledged that the Bahamas has already signed on to the Economic Partnership Agreement (EPA) with the European Union (EU), its first-ever rules-based trading treaty, but has yet to take full advantage of it.

The Bahamas has also yet to implement all its obligations under the EPA, such as the creation of a competition watchdog.

“In a number of instances, it’s a matter of implementing things and taking full advantage of concessions granted under the EPA,” Mr Galanis added.

He emphasised that the Standards Bureau would play a key role in the Bahamas’ integration into the world economy, as it would certify that this nation’s exports met global health and safety standards – sanitary and phytosanitary standards – and were of a particular quality.