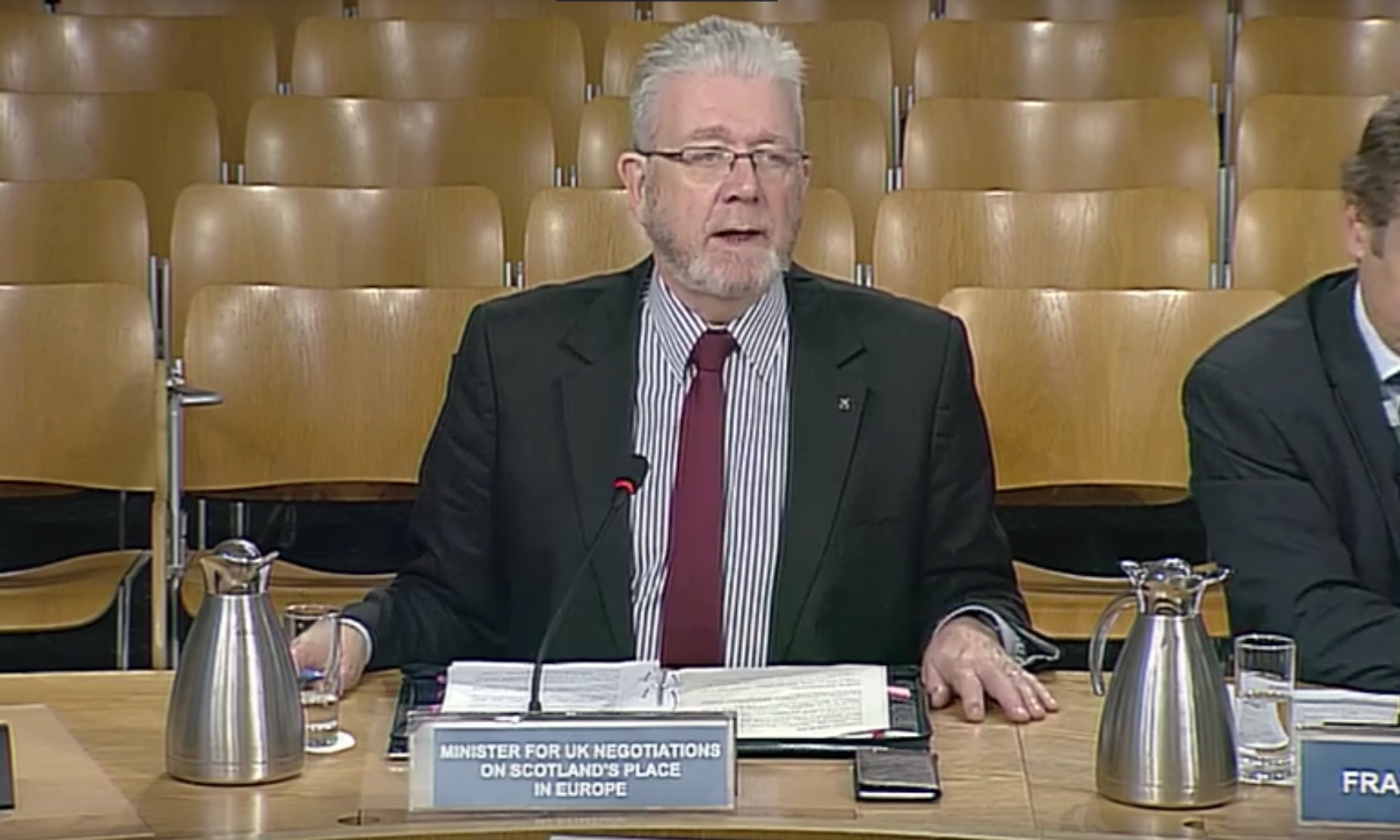 A so-called “hard Brexit” deal in which the UK opts to forge its own international trade agreements could be “a nightmare of negotiation”, according to Scotland’s Brexit minister Michael Russell.

The solution would see the UK go it alone as a member of the World Trade Organisation, and would give the country the eventual freedom to sign its own trade deals with other nations.

Mr Russell told Holyrood’s European and external relations committee that such a move would be “immensely problematic”, as he reiterated the Scottish Government’s desire to stay in both the European single market and the customs union.

He said: “In so far as we understand what the world trade option is… it is immensely problematic.

“You’ve got a far larger number of people to deal with, some of whom could create difficulties about any aspect of trade.

“This could be a nightmare of negotiation. It is not correct to say you would simply passport all your existing tariffs into the new situation.

“It is immensely complicated.”

The UK Government’s Trade Secretary Liam Fox has spoken enthusiastically about pursuing new trade deals for the UK around the world.

Committee member Richard Lochhead said: “If Liam Fox is globe-trotting trying to investigate whether trade deals are possible with non-EU countries, he is therefore ruling out being part of the customs union, because you can’t both allow the EU to negotiate with third parties and at the same time have bilateral negotiations with third parties around the world.

“Therefore the logical conclusion is the UK Government are headed for hard Brexit and to leave the customs union.”

Mr Russell replied: “We are at the present moment trying to read the runes of the situation without knowing what the UK Government wants to do, but those runes would indicate exactly what you are saying.”

Before the Brexit vote, the UK Government had warned leaving the customs union would add administrative costs to trade, and could cause border delays.

Mr Russell added: “The absence of a customs union would be more problematic for most Scottish businesses than anything else.

“I won’t say more problematic than the lack of the single market, because I think there are whole sectors for which it is absolutely vital.

“But the customs union will impinge upon any business or organisation.”