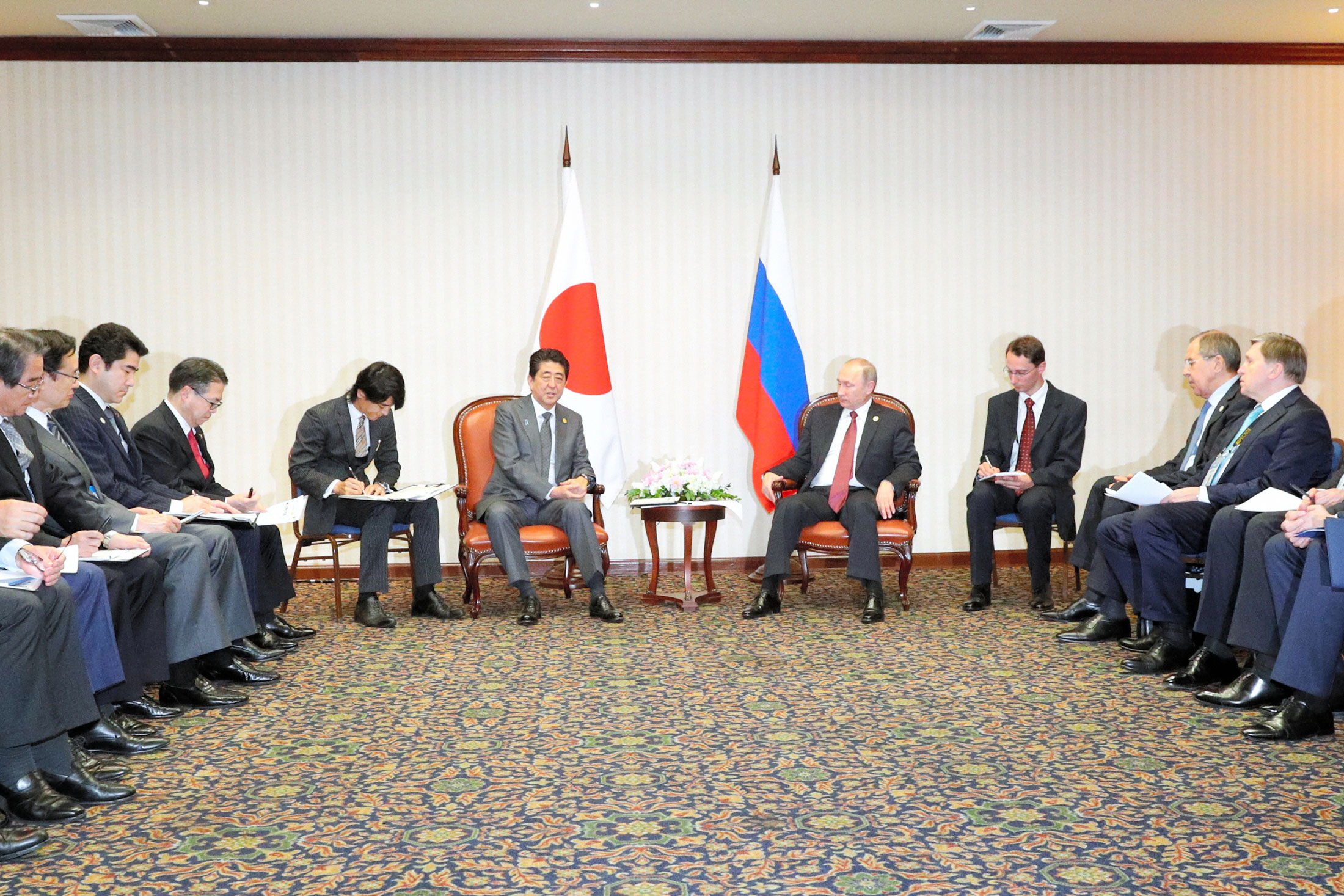 The dozen nations in the proposed Trans-Pacific Partnership (TPP) trade group took seven years to hammer out a deal. President-elect Donald Trump promises to take just one day to scrap it. His fiery anti-TPP, anti-Nafta, and anti-Chinese exports rhetoric creates opportunities for rival powers to promote their own trade agenda, says Hussain Rammal, senior lecturer at the University of Technology Sydney Business School. When it comes to global trade, he says, “there is a leadership vacuum.”

China is already moving to replace the U.S. as trade champion. “Despite its recent setbacks, globalization remains an irreversible trend of our times,” Chinese Premier Li Keqiang said on Nov. 3 at a meeting where he and counterparts from Russia and four Central Asian countries discussed the possibility of a free-trade area. China is in talks to form an Asian trading bloc, the Regional Comprehensive Economic Partnership (RCEP), that would include Australia, India, Japan, South Korea, New Zealand, and the 10 members of the Association of Southeast Asian Nations (ASEAN). The latest round of negotiations is scheduled to take place from Dec. 2 through Dec. 10 near the Indonesian capital of Jakarta.

China is also promoting regional ties via its One Belt, One Road project, which is supposed to improve transportation links with many of its Asian and European trading partners. To help fund such projects, China has started the Asian Infrastructure Investment Bank, a rival to the World Bank in Washington and the Japan-led Asian Development Bank.

The collapse of the TPP would be welcome news for Russian President Vladimir Putin. He’s been an outspoken critic of the deal and its cousin, the Transatlantic Trade and Investment Partnership (TTIP), saying they violate the spirit and rules of the World Trade Organization and would frustrate free trade. “If we want to effectively influence global economic processes, there should be no closed associations,” he told reporters on Nov. 20, after the Asia-Pacific Economic Cooperation (APEC) summit in Lima.

Yet Putin’s government has championed its own version of regional groups, such as the Eurasian Economic Union, a trade bloc it launched last year that includes Armenia, Belarus, Kazakhstan, and Kyrgyzstan. The EAEU is considering 40 free-trade agreements, including initiatives with Singapore and Thailand, board member Tatyana Valvoya told the TASS news agency on Nov. 28. The Russians are interested in linking the EAEU with other Central Asian countries, China, and ASEAN.

Among major trading nations, no country has more riding on the success of the TPP than Japan, where Prime Minister Shinzo Abe agreed to difficult concessions on opening the domestic market to more imports of beef, rice, and other agricultural products. On Nov. 21, Abe said the TPP without the U.S. would be meaningless, but the next day his chief cabinet secretary, Yoshihide Suga, said Japan still plans to lobby other TPP members to ensure it takes effect.

On Nov. 28 the ruling Liberal Democratic Party and its coalition partner agreed to extend by two weeks the current session of parliament, providing enough time for Japanese lawmakers to ratify the agreement. “Japan needs regional free-trade agreements, because a lot of Japanese production capacity is scattered across Southeast Asia,” says Takaaki Asano, research fellow at the Tokyo Foundation, a think tank. That diminishes the value to Japan of the country-to-country agreements that Trump wants. “We can’t just have bilateral deals,” says Asano. “That just worsens the spaghetti-bowl situation.”

Abe is hedging his bets. His government is trying to conclude an economic agreement with the European Union. It’s also negotiating a trilateral agreement with China and South Korea and is taking part in the RCEP talks. Japan also wants to accelerate trade ties with Mercosur, the South American trading bloc, Abe said on a visit to Buenos Aires on Nov. 21.

Trade optimists say multilateral talks can succeed through the World Trade Organization, the 164-member group that tries to set global rules for trade. The optimism persists even though members haven’t been able to reach an agreement in the latest round of negotiations, which began in 2001.

Trump’s white-hot anger over the North American Free Trade Agreement and TPP could make some sort of WTO progress easier to achieve, argues Harsha Singh, former WTO deputy director-general, since there will be less pressure to reach a breakthrough, large-scale pact. “Now the focus is on getting a deal,” says Singh, currently executive director of Brookings India. Narrower agreements will be possible on issues such as fishery subsidies or boosting the promotion of service industries. “People are trying to see where they can get some form of agreement, because you can’t get a comprehensive one,” he says.

It’s possible that Trump won’t walk away from TPP and will instead use his threat to scupper the deal to renegotiate terms that he can argue are better for the U.S. For instance, says Raj Bhala, associate dean for international and comparative law at the University of Kansas School of Law, he could try to get the other members to agree to measures that punish countries for currency manipulation. It’s an issue that U.S. senators, including incoming Minority Leader Chuck Schumer of New York and Trump’s pick for attorney general, Senator Jeff Sessions of Alabama, called for the U.S. to address during TPP negotiations. “I don’t think the TPP is dead,” Bhala says. Should the U.S. back out, he adds, the other 11 countries can change the rules to have it take effect without the Americans.

The most important business stories of the day.

The latest political news, analysis, charts, and dispatches from the campaign trail.

You will now receive the Politics newsletter

The most important market news of the day. So you can sleep an extra five minutes.

You will now receive the Markets newsletter

Insights into what you’ll be paying for, downloading and plugging in tomorrow and 10 years from now.

You will now receive the Technology newsletter

What to eat, drink, wear and drive – in real life and your dreams.

You will now receive the Pursuits newsletter

The school, work and life hacks you need to get ahead.

You will now receive the Game Plan newsletter

Even if other countries are more active in pushing trade, there’s no denying that without the Americans the obstacles are much higher. “No one else is in the position to do what the U.S. does when the U.S. decides to take this role,” says Melissa Conley Tyler, national executive director of the Australian Institute of International Affairs, a think tank in Canberra. “There are still countries that want to trade,” she adds, but when it comes to taking the lead, “there is a large hole.”

The bottom line: Russia, China, and Japan are maneuvering to lock in trade deals now that the U.S. seems likely to shun the TPP.