Putting the Populist Revolt in Its Place 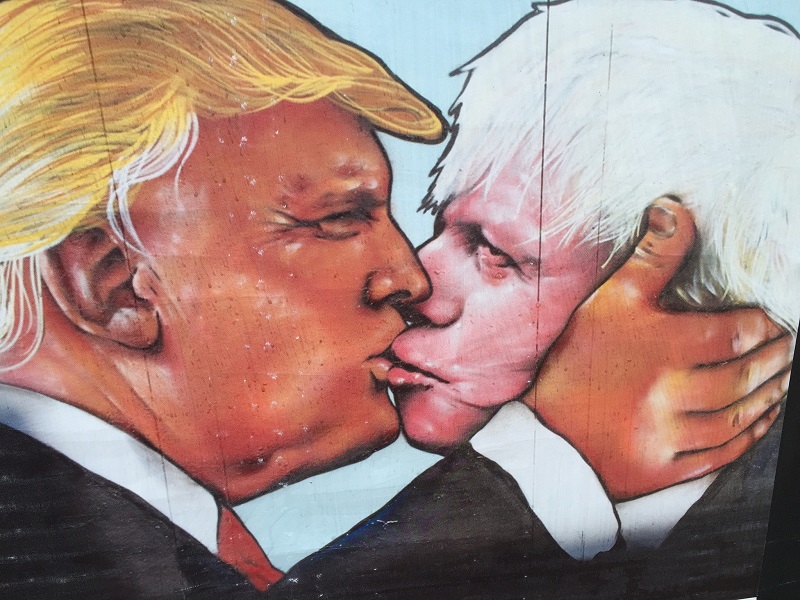 CAMBRIDGE, Massachusetts — In many Western democracies, this is a year of revolt against elites. The success of the Brexit campaign in Britain, Donald Trump’s unexpected capture of the Republican Party in the United States, and populist parties’ success in Germany and elsewhere strike many as heralding the end of an era. As Financial Times columnist Philip Stephens put it, “the present global order – the liberal rules-based system established in 1945 and expanded after the end of the Cold War – is under unprecedented strain. Globalization is in retreat.”

In fact, it may be premature to draw such broad conclusions.

Some economists attribute the current surge of populism to the “hyper-globalization” of the 1990s, with liberalization of international financial flows and the creation of the World Trade Organization – and particularly China’s WTO accession in 2001 – receiving the most attention. According to one study, Chinese imports eliminated nearly one million US manufacturing jobs from 1999 to 2011; including suppliers and related industries brings the losses to 2.4 million.

As the Nobel laureate economist Angus Deaton argues, “what is crazy is that some of the opponents of globalization forget that a billion people have come out of poverty largely because of globalization.” Even so, he adds that economists have a moral responsibility to stop ignoring those left behind. Slow growth and increased inequality add fuel to the political fire.

But we should be wary of attributing populism solely to economic distress. Polish voters elected a populist government despite benefiting from one of Europe’s highest rates of economic growth, while Canada seems to have been immune in 2016 to the anti-establishment mood roiling its large neighbor.

In a careful study of rising support for populist parties in Europe, the political scientists Ronald Inglehart of the University of Michigan and Pippa Norris of Harvard found that economic insecurity in the face of workforce changes in post-industrial societies explained less than cultural backlash. In other words, support for populism is a reaction by once predominant sectors of the population to changes in values that threaten their status. “The silent revolution of the 1970s appears to have spawned an angry and resentful counter-revolutionary backlash today,” Inglehart and Norris conclude.

In the US, polls show that Trump’s supporters are skewed toward older, less-educated white males. Young people, women, and minorities are under-represented in his coalition. More than 40% of the electorate backs Trump, but with low unemployment nationally, only a small part of that can be explained primarily by his support in economically depressed areas.

On the contrary, in America, too, there is more to the resurgence of populism than just economics. A YouGov poll commissioned by The Economist found strong racial resentment among supporters of Trump, whose use of the “birther” issue (questioning the validity of the birth certificate of Barack Obama, America’s first black president) helped put him on the path to his current campaign. And opposition to immigration, including the idea of building a wall and making Mexico pay for it, was an early plank in his nativist platform.

And yet a recent Pew survey  shows growing pro-immigrant sentiment in the US, with 51% of adults saying that newcomers strengthen the country, while 41% believe they are a burden, down from 50% in mid-2010, when the effects of the Great Recession were still acutely felt. In Europe, by contrast, sudden large influxes of political and economic refugees from the Middle East and Africa have had stronger political effects, with many experts speculating that Brexit was more about migration to Britain than about bureaucracy in Brussels.

Antipathy toward elites can be caused by both economic and cultural resentments. The New York Times identified a major indicator of Trump-leaning districts: a white-majority working-class population whose livelihoods had been negatively affected throughout the decades in which the US economy shed manufacturing capacity. But even if there had been no economic globalization, cultural and demographic change would have created some degree of populism.

But it is an overstatement to say that the 2016 election highlights an isolationist trend that will end the era of globalization. Instead, policy elites who support globalization and an open economy will have to be seen to be addressing economic inequality and adjustment assistance for those disrupted by change. Policies that stimulate growth, such as infrastructure investment, will also be important.

Europe may differ because of heightened resistance to immigration, but it would be a mistake to read too much about long-term trends in American public opinion from the heated rhetoric of this year’s election campaign. While the prospects for elaborate new trade agreements have suffered, the information revolution has strengthened global supply chains and, unlike in the 1930s (or even the 1980s), there has not been a reversion to protectionism.

In fact, the US economy has increased its dependence on international trade. According to World Bank data, from 1995 to 2015, merchandise trade as a percentage of total GDP has increased by 4.8 percentage points. Moreover, in the age of the Internet, the transnational digital economy’s contribution to GDP is rapidly increasing.

In 2014, the US exported $400 billion in information and communication technologies (ICT)-enabled services – almost half of all US services exports. And a poll released last month by the Chicago Council on Foreign Relations found 65% of Americans agreeing that globalization is mostly good for the US, while 59% say that international trade is good for the country, with even stronger support among the young.

So, while 2016 may be the year of populism in politics, it does not follow that “isolationism” is an accurate description of current American attitudes toward the world. Indeed, in crucial respects – namely, on the issues of immigration and trade – Trump’s rhetoric appears to be out of step with most voters’ sentiments.

Joseph S. Nye, Jr. is a professor at Harvard and is the author of Is the American Century Over?.