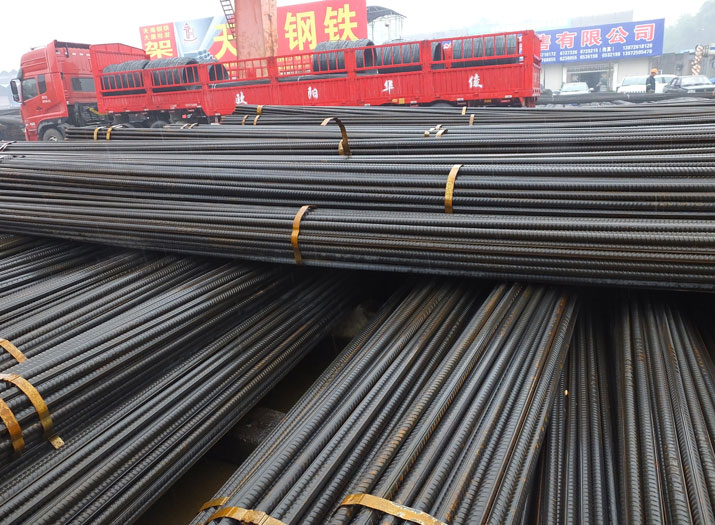 A steel market in Yichang, central China’s Hubei Province, on May 19 (CFP)

The United States refused the reappointment of Seung Wha Chang, a South Korean judge, for his second four-year-term at the World Trade Organization (WTO) appellate body last month. (Note: The WTO appellate body is a standing body of seven persons that hears appeals from reports issued by panels in disputes brought by WTO members.)

The United States said it was troubled by four recent panel decisions that Chang was involved in because they “raised systemic concerns about the disregard for the proper role of the appellate body and the WTO dispute settlement system,” according to Bloomberg BNA.

The European Union (EU) and some legal experts said the U.S. decision posed a serious threat to the independence and impartiality of the appellate body.

Statistics show that India launched the largest number of anti-dumping cases worldwide between 1995 and 2015. Of the 4,990 cases, India made 767 appeals, accounting for 15 percent of the total. In the same period, the United States and the EU launched 570 and 480 respectively.

As an emerging market, India’s anti-dumping measures are an act of self-defense. However, as global trade powerhouses, the United States and the EU are suspected of trade protectionism through the manipulation of WTO rules in setting anti-dumping measures. Moreover, China is the primary target of disputes initiated by the United States and the EU, with many anti-dumping investigations into Chinese tires, copper plate paper, solar power panels, chicken and steel products.

The United States and the EU said that Chinese iron and steel companies are selling products below market prices owing to government subsidies. At the recently concluded G7 Summit in Japan, concerns were raised about the overcapacity of China’s steel industry. Compared to the EU, the United States takes a tougher stance in trade disputes with China, given that EU members must reach agreement prior to imposing anti-dumping and countervailing measures.

According to the accession protocol that came into force when China joined the WTO in December 2001, China would automatically be granted market economy status 15 years later, in December of this year. Although the European Parliament recently passed a non-binding resolution to not accord China this status, the European Commission is nonetheless inclined to recognize China as a market economy. On the contrary, the United States opposes the acknowledgement of China’s market economy status and tries to persuade the EU to do the same.

Moreover, the Obama Administration has started 12 trade disputes against China within the WTO, more than during any previous American president’s tenure. Through the use of WTO rules, Obama’s trade wars with China have become more extreme.

In my opinion, U.S. opposition to the South Korean judge’s reappointment is not only aimed at exerting influence over global trade, but also at preventing the appellate body from making rulings favorable to China.

Additionally, Obama has initiated the construction of the Trans-Pacific Partnership (TPP), a regional trade agreement dominated by the United States and involving 12 Pacific Rim countries. After seven years of arduous negotiations, the TPP is now pending congressional or parliamentary approval from its member states. The agreement signals the establishment of a new set of trade laws formulated by the United States which exclude China, thus empowering the United States with the ability to write trade rules in the Asia-Pacific region through the TPP.

On the one hand, the United States is embarking on a trade war with China by manipulating WTO rules; on the other, it is establishing a trade agreement in the region that ignores China. This suggests that more is at stake than simply trade and the economy, as these policies underpin the U.S. Asia-Pacific rebalancing strategy.

During this year’s U.S. presidential election, both Republican candidate Donald Trump and Democrat candidate Bernie Sanders have campaigned on strong anti-globalization stances. Even Hilary Clinton, who is considered to be a more mainstream candidate, does not support the TPP. Therefore, it is likely that the U.S. Government’s position on trade will be in line with protectionism over the next four to eight years, potentially leading to escalating trade wars with its trading partners, including China.

Although the Doha round of trade negotiations has come to a standstill, the WTO’s basic principles of settling global trade disputes remain. No bilateral or multilateral trade negotiations in the Asia-Pacific or any other regions can replace the organization. Every WTO member has the responsibility of adhering to the organization’s rules to eliminate trade protectionism globally. It should be emphasized that the purpose of the WTO is to solve trade disagreements in order to ensure a fair global trade order, rather than catalyzing trade wars.

For emerging markets, accustomed to erecting trade barriers and protecting domestic industries, anti-dumping measures will hinder the elevation of their status in global trade. For developed economies such as the United States and the EU, frequent trade disputes will lead to a slowdown in the global economic recovery.

Trade and currency wars exemplify the lack of a global perspective from the United States and the EU and constitute an important reason for the lingering shadow of the global economic crisis. The United States has set a negative precedent by manipulating WTO rules and erecting trade fences through the TPP.