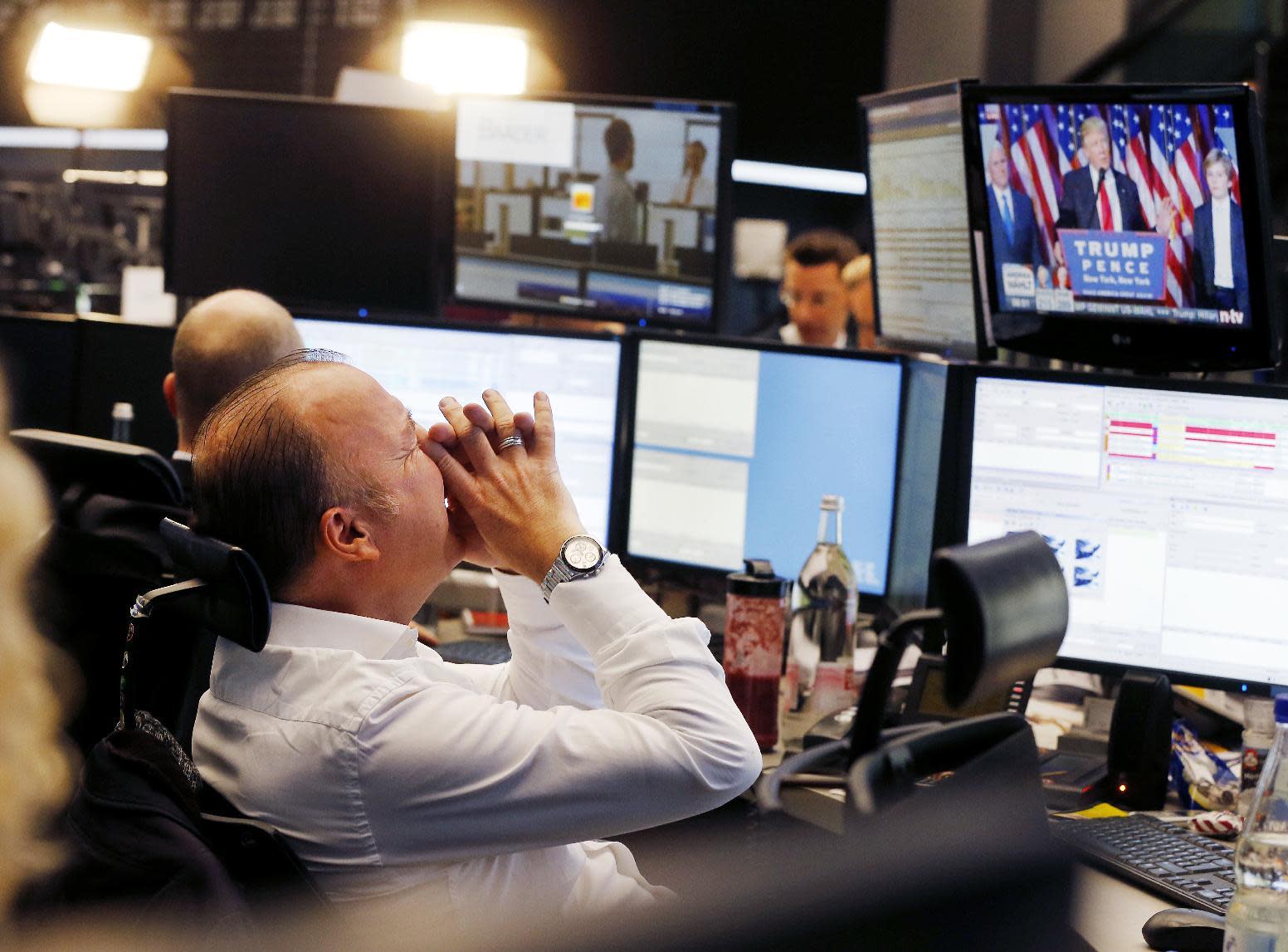 The election of Donald Trump as U.S. president creates new uncertainties for a world economy that’s already fragile, say investors and economists who wonder how far he will take his promises to tear up trade deals and restrict immigration.

The real estate billionaire struck a conciliatory tone in his victory speech, arguing he would seek good relations and partnership with other countries.

But Trump’s trashing of trade agreements — including his promise to back out of the Trans-Pacific Partnership with Asian countries — and the general lack of detail on key issues leave many uncertain about the direction of the world’s biggest economy and market.

“We simply can’t know what type of President Trump will be,” said Paul Ashworth, chief U.S. economist for Capital Economics.

“Will he be the demagogue from the campaign trail, who threatened to lock up his political opponents, punish the media, build border walls and start a global trade war?” said Ashford. “Or is he capable of becoming a statesmanlike figure who leads in a more measured manner?”

Uncertainty itself carries risks to the global economy and has been one factor slowing growth since the 2008 financial crisis and Great Recession. It can make businesses and government postpone spending on new plants, infrastructure and jobs.

Due to such uncertainty, risks to global growth will rise as companies wait to see what Washington does, said South Korea’s finance minister, Yoo Il-ho.

Trump’s campaign tapped frustration among American workers who feel hurt by globalization and the loss of well-paid manufacturing jobs. He threatened to penalize U.S. firms that shift jobs abroad. Proposals including building a wall along the Mexican border to block immigration resonated with working class voters who felt abandoned by traditional leaders. He has called for challenges to what he calls China’s manipulation of its currency for trade advantage.

Ulrich Grillo, head of the Federation of German Industries, said that “Donald Trump would be well advised not to seal off the U.S. economy from the world. Otherwise, the lack of clarity about the future course will lead to significant negative effects for the world economy.”

The U.S. is a major market for German companies like BMW and Daimler. By one estimate, some 1.5 million jobs depend on exports to the United States, the country’s biggest trading partner.

The U.S. and the European Union are already struggling to make progress in free trade talks due to anti-trade sentiment on both sides of the Atlantic. The trade section of Trump’s website has no mention whatsoever about the talks.

U.S. import barriers could hit economies such as China and South Korea especially hard as they struggle with slowing growth. China’s exports in the first 10 months of this year fell by 7.7 percent from the same period of 2015 while its latest quarter economic growth of 6.7 percent is the lowest quarterly level since the 2008 global crisis.

World trade in merchandise will grow this year by only 1.7 percent, the slowest pace since the financial crisis of 2008-9, according to the World Trade Organization.

In his victory speech, Trump adopted a softer tone but pledged to put U.S. interests first.

“I want to tell the world community that while we will always put America’s interests first, we will deal fairly with everyone. With everyone. All people and all other nations,” Trump said. “We will seek common ground, not hostility. Partnership, not conflict.”

Domestically, Trump has pledged to overhaul U.S. infrastructure, something that could boost growth through higher government spending. He has vowed to spend $1 trillion on roads, tunnels, ports and bridges, citing the interstate highway system built by President Dwight Eisenhower in the 1950s. But the funding details remain uncertain; he has emphasized private money and said the plan would not increase the deficit.

An analysis in June by Moody’s Analytics said fully adopting Trump’s proposals on taxes, trade, immigration and government spending would slash U.S. economic output and eliminate 3.5 million jobs. It said the U.S. economy would be “isolated and diminished.”

The Trump victory follows another populist election victory: the British vote to leave the European Union. And it could energize right-wing, anti-immigration and anti-globalization forces, such as Marine Le Pen, leader of France’s National Front. She is a candidate in next year’s presidential election there.

“As with the U.K. referendum, many people voted against the establishment as they believed they have been ignored for many years and the recent low growth, non-inclusive growth environment has only accentuated this feeling,” said Martin Gilbert, CEO of Aberdeen Asset Management in London.

Meanwhile, Trump’s victory is likely to lead the U.S. Federal Reserve to delay another rise to its key interest rate. The Fed had been thought all but certain to hike interest rates at its next meeting in mid-December, reflecting a strengthened U.S. economy. But the uncertainty generated by a Trump victory could prompt the Fed to wait.

Youkyung Lee in Seoul, Danica Kirka in London, David McHugh in Berlin and Annabelle Liang in Singapore contributed to this report.