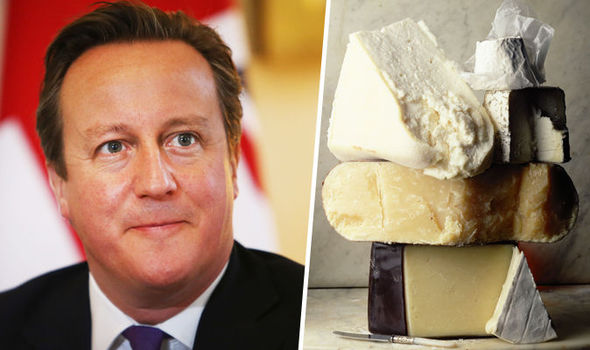 He told the Gloucester Citizen: “Protected status enjoyed across Europe by our unique products, such as Gloucestershire cider, Single Gloucester cheese and traditionally-farmed Gloucester old spot pork, will be lost.”

The Europhile warned farmers could be hit with higher tariffs for their exports if the country voted Leave.

He said: ”The farming sector contributes £9.9 billion to the UK economy and employs almost half a million people.”

“In the South West alone, more than 60,000 are employed in agriculture and more than 28,000 in food manufacturing, with the region having received around £371million in EU Common Agricultural Policy grants in 2014 supporting those jobs.

“Between 2010 and 2014, the total income from farming across the South West increased by 49 per cent, to £666million, as farmers – along with all British businesses – reaped the benefits of access to the single European market of 500 million people.

“If we leave the EU and our farmers have to operate under World Trade Organisation rules, things would be very different.

“They could be faced with annual tariffs of up to 40 per cent and huge additional costs – for example, £240million for beef and £90million for lamb.”

His comments come as US President Barack Obama urged Britons to stick with the 28-member bloc in the June 23 referendum.

Mr Obama claimed Brussels bloc does not impede on Britain’s world influence but “enhances” it.

“This kind of cooperation – from intelligence sharing and counter-terrorism to forging agreements to create jobs and economic growth – will be far more effective if it extends across Europe.”