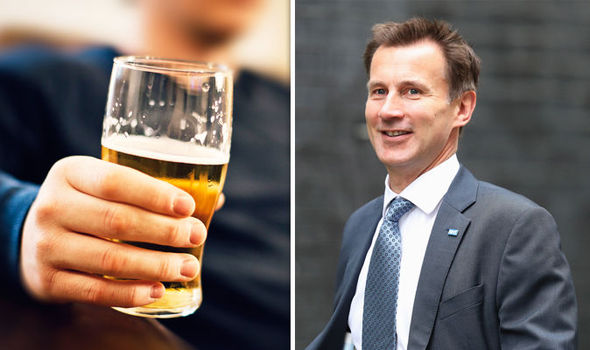 Ministers have backed kill-joy advice saying both men and women should drink no more than 14 units a week – equivalent to just six pints of beer.

The harsh guidance – from the UK’s chief medical officer Dame Sally Davies – also claims there is no such thing as a “safe” level of drinking.

Previous recommendations said men could drink as many as 21 units, or 10 pints, a week.

Miles Beale, head of the Wine and Spirit Trade Association, added: “Rather than inform the consumer, these revised guidelines will only serve to confuse.”

And spokesman for drinks industry body the Portman Group said: “It’s regrettable they have not explained to responsible adults that moderate drinking is very low risk.

“Consumers will ask why they’ve been told to stick to less than six drinks a week when the US and most European countries have much higher limits.”

The guidelines sparked a furious backlash when first published in draft form in January.

But they now make clear there is nothing wrong with occasional drinking, and that other everyday activities such as driving carry a similar risk.

Dame Sally recently told a committee of MPs Britons should consider the risks of cancer before enjoying a tipple.

“I take a decision each time I have a glass.”

The advice follows the Government’s new childhood obesity strategy which attracted criticism when it was unveiled last week.

A Department of Health spokesman defended the new guidelines, saying they will allow Britons to “make an informed decision about their drinking”.

He added: “The aim of the guidelines is to help people understand the risks alcohol may pose to their health, not to prevent those who want to drink alcohol from doing so.”