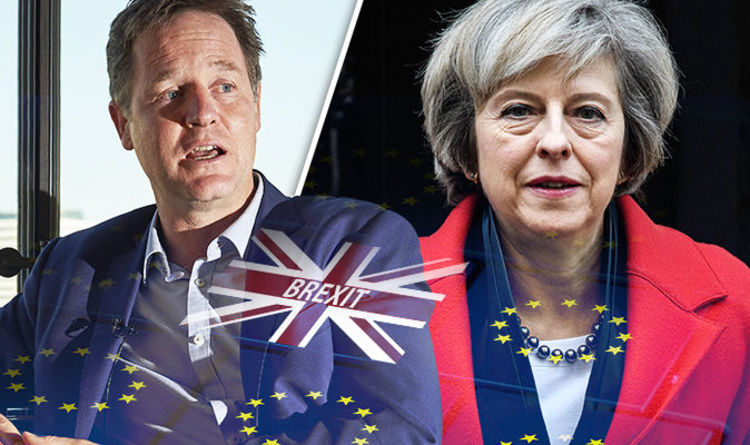 Mr Clegg said it was “astonishing” that basic information about the Government’s plans for the post-Brexit future was still not available, six months after the June 23 vote to leave the European Union.

The move comes after the stuanch Remainer met fellow Brexit-sceptic George Osborne for a secret lunch.

His demands come amid uncertainty over how much detail will be included in the plan Theresa May has agreed to publish before withdrawal talks begin under Article 50 of the EU treaties, which she has promised to invoke by the end of March.

Brexit Secretary David Davis said the Government aimed to be “as open as we can be” in the document without undermining the UK’s negotiating position.

He told MPs the plan would not be available before February as some details remained to be decided.

Mr Clegg said the plan should make clear whether the Government intends to take the UK out of the single market and customs union, how long it expects to take to negotiate a free trade agreement with the remaining EU nations, and whether it will secure an interim arrangement to tide over until that deal is complete.

Ministers should also spell out how much they are willing for the UK to pay into future EU budgets in return for market access, he said.

Mrs May should use the plan to spell out the terms under which EU nationals will be allowed to remain in the UK – effectively ditching her position that she will not offer guarantees until reciprocal rights are granted to Britons resident in the EU, said the Liberal Democrat Brexit spokesman.

He added she should explain funding arrangements for healthcare and other services for UK pensioners and other citizens living in the remaining 27 member states post-Brexit.

The plan should explain how the Government intends to meet the demand for low-skilled migrant workers and whether it will reinstate seasonal agricultural workers’ schemes, as well as offering details of additional investment in training for UK workers to fill skills gaps left by the expected reduction in migration, he said.

The document should also supply information on a host of subjects thrown into question by the Brexit vote, ranging from World Trade Organisation schedules and cross-border crime-fighting structures to support for farming, the border with the Republic of Ireland, the services sector, workplace rights, environmental protections, food prices and red tape at borders, Mr Clegg said.

Finally, the former Liberal Democrat leader said the plan should make clear whether the Government will commit to holding a referendum on any deal reached on the new relationship between Britain and the EU.

Mr Clegg said: “It is astonishing that six months on from the referendum result the public are still no clearer on what the Government’s plans are to ensure British jobs, welfare and security are protected post-Brexit.

“All we’ve had is speculation and back-tracking. The endless contradictory and simply inaccurate information that has come out of Whitehall is undermining our position across Europe and the world.

“Now the Government has finally committed to presenting Parliament with a plan at the beginning of 2017, it needs to be just that – a comprehensive plan that explains how they will ensure future prosperity for British people and businesses.”