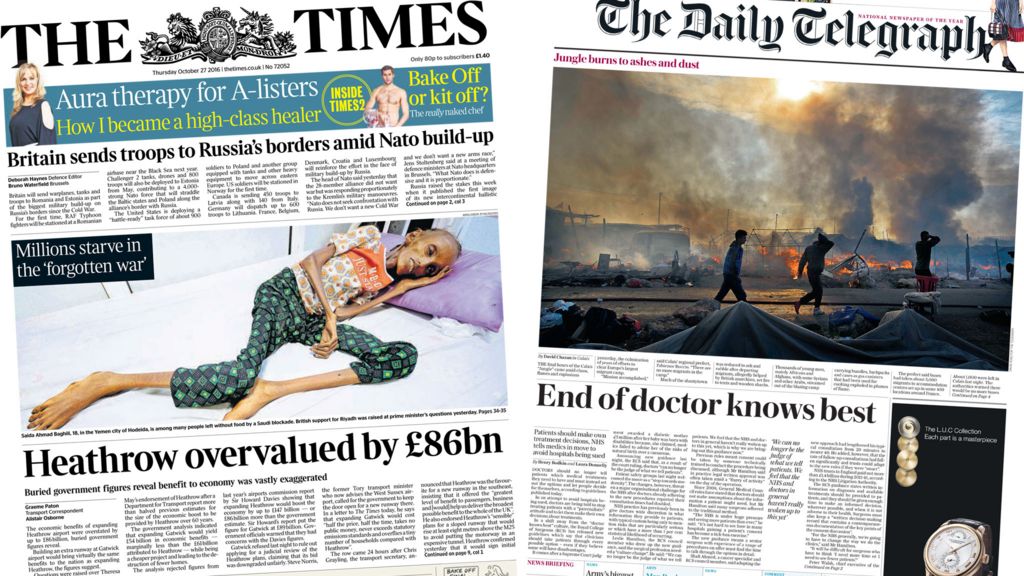 Warning – contains spoilers: do not read any further if you do not wish to find out the Great British Bake Off winner.

A new queen of the Great British Bake Off has been crowned and Thursday’s front pages all hail Candice Brown and her cake creations.

It was “perfect pastry and a love of lavish decoration” that saw the PE teacher from Bedfordshire win the approval of Paul Hollywood and Mary Berry, according to the Guardian.

The Telegraph says the 31-year-old was able to rise to the occasion thanks to a childhood baking with her grandmother Margaret. Candice claimed victory “by going back to her Cockney roots with a picnic fit for a pearly king and queen”, the paper says.

The Mirror says her bright lipstick and breathtaking bakes make her a “choux-in” for a dazzling TV career now that she has bagged the coveted cake stand trophy.

While the Express says that, famed for her pout, Candice “cultivated a raunchy image during the series” and having wowed the judges “could make up to a £1m on the back of her triumph” – with offers of her own lipstick range on the table.

But according to the ‘i’ it’s a simple life with a little vintage shop selling tea and cakes with random antiques that would be Candice’s ultimate dream.

As the celebratory flour settles in the tent many papers reflect on the “bittersweet” ending to the series which will no longer be shown on the BBC.

“As well as being a happy occasion, full of pastry pomp and sweet-toothed circumstance… the mesmeric hour of television was tinged with melancholy,” Michael Hogan laments in the Telegraph.

With the hit show moving to Channel 4, judges Mary and Paul will never again jointly decide which contestant’s pastry has the soggiest bottom, the Guardian says. Jane Martinson writes that the furore that followed the news “highlighted just how the nation has taken Bake Off to its heart”.

But neither the BBC nor Channel 4 has come out of the fight over the show well, she says, “which could cause problems in future for both broadcasters”.

In the Mirror, TV critic Ian Hyland appears sceptical about the move. “While last night’s showstopper challenge was to create a picnic fit for a queen, Channel 4 faces a much bigger task: To avoid turning Bake Off into a dinner fit for a dog.”

Facing up to Russia

Several papers reflect on the growing tensions between Russia and the West.

The Daily Mirror uses the headline “Second Cold War” as it reports on the decision to send 800 British troops to Estonia, as part of a Nato deployment.

In its editorial, the Mirror urges all parties to follow Winston Churchill’s famous maxim: “Jaw-jaw is better than war-war.”

The Daily Telegraph points to the controversy over Russian warships seeking to refuel in Spanish ports, and uses its leader column to call for a united front from Nato members. It’s the only way to deter further acts of adventurism on the part of the Russian military, it says.

For the Mail, current events demonstrate once again the centrality of Nato in maintaining Europe’s security. And as ever, the Mail’s editorial says, Britain is making a contribution that puts most of our European partners to shame.

“End of doctor knows best”, the Daily Telegraph’s headline announces. It reports that instead of telling patients which medical treatments to have, some doctors are being urged instead to set out the options, and let people decide for themselves.

The Mail says new guidance, issued by the Royal College of Surgeons, advises doctors to sit with patients for 40 minutes before operations to discuss risks and chances of success – or face being sued by patients who feel they were “kept in the dark” about possible complications.

The change has been welcomed by patients’ groups as a “step towards modernity”, the Telegraph reports, though the Times says doctors have already protested that they do not have the time to spend so long with every patient.

Elsewhere the salaries of NHS staff are making front page news. The Metro leads with a report that says some employees receive such low wages they have to rely on food banks and loan sharks.

It says the financial difficulties have been revealed in a survey by the union, Unison, which claims the research paints a “shocking picture” of the effects of the NHS pay cap.

In a statement, the government commends the dedication of NHS staff and says it has had to take difficult decisions over public finances.