Roberto Azevedo, director general of the governing body for global trade rules, insisted the UK would suffer no “vacuum or disruption” on breaking ties with Brussels.

And he recognised that the referendum vote for leaving the European bloc was not an “anti-trade” gesture.

“I will be working hard – I will work very intensely to ensure that this transition is fast and is smooth,” he said.

Mr Azevedo’s remarks were last night being seen as fresh confirmation that Britain can carve out a new role as global trading nation after Brexit.

It was a major u-turn for the international trade chief, who had warned during the EU referendum campaign that Britain could take decades to disentangle its links with Brussels. 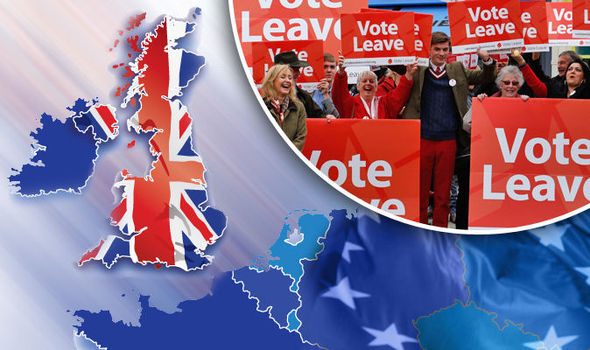 And it came as a major new report warned that British businesses and taxpayers would hammered by massive new costs for bailing-out the crisis stricken euro if the country remains part of the EU Single Market.

The UK would be “tying itself to a corpse” if it remains in the Single Market after Brexit, said the report by economic think tank Global Britain.

In an interview with Sky news, the World Trade Organisation (WTO) boss hoped for “the less turbulence the better” for the world economy through the Brexit process.

“The global economy today is not in the best shape for us to be introducing turbulence,” he said.

Asked about whether British businesses and consumers would face economic disruption through the Brexit process, Mr Azevedo said: “I’m not saying there will be a vacuum.

“The UK is a member of the WTO today – it will continue to be a member tomorrow. There will be no discontinuity in membership.

“They have to renegotiate but that doesn’t mean they are not members.

“Trade will not stop, it will continue and members negotiate the legal basis under which that trade is going to happen.

“But it doesn’t mean that we’ll have a vacuum or a disruption.”

Mr Azevedo said it was hard to foresee who long it would take for the UK to negotiate new global trade agreements. 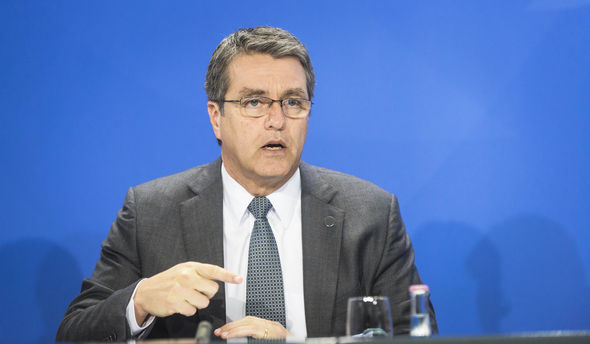 Roberto Azevedo said there would not be a ‘vacuum’

“It’s very difficult to predict but my understanding is that the UK government is fully aware of all that, we have been talking, they know of these complexities and they’re trying to handle it in the best way they can.”

He had told International Trade Secretary Liam Fox that “the WTO secretariat will be available to make the transition as smooth as possible”.

Mr Azevedo said: “Then we have been in touch, not every day, but clearly there will be a very dynamic relationship in the future.”

Asked whether he felt the Theresa May had a comprehensive Brexit plan, he said: “I think there is a major strategy.

“Since the vote there have been a lot of bright people spending 24 hours a day thinking about this and coming up with alternatives and a game plan.”

Tory MP Peter Bone said: “The idea that there was going to be some sort of economic shock is just wrong. 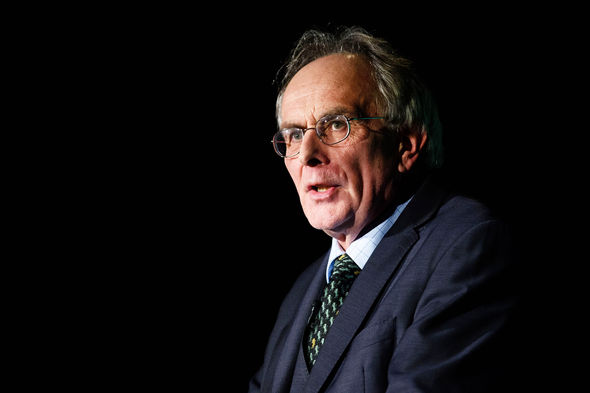 MP Peter Bone said Britain will be ‘better off’ after Brexit

“There is a lot of hot air and piffle being talked by the Remoaners. I warned during the referendum campaign that Project Fear was bogus and that has proved to be the case.”

And UKIP MEP Patrick O’Flynn said: “Project Fear is in real trouble because the basic facts are on Britain’s side when it comes to international trade.

“It is very encouraging to see Roberto Azevedo, the director general of the World Trade Organisation, make clear that it will be straightforward for Britain to resume its independent seat on that body and that there will be no seizing-up of international trade.

“Britain is in a very strong Brexit negotiating position as the euro zone’s biggest global export market and also given our huge trade deficit with the EU as a whole.

“A recent Civitas study showed that even if WTO regime tariffs were adopted rather than free trade with the EU, Britain would raise £8billion more in import duties than would be levied by the EU on our exporters, meaning we could easily compensate such companies anyway.

“These are all points that we on the Leave side made during the referendum campaign.

“The assurances given today by Mr Azevedo further strengthen the case for speeding up the United Kingdom’s departure from the European Union.”

The Global Britain report, being published today warns that the euro is facing an “inevitable decline” in the coming years. 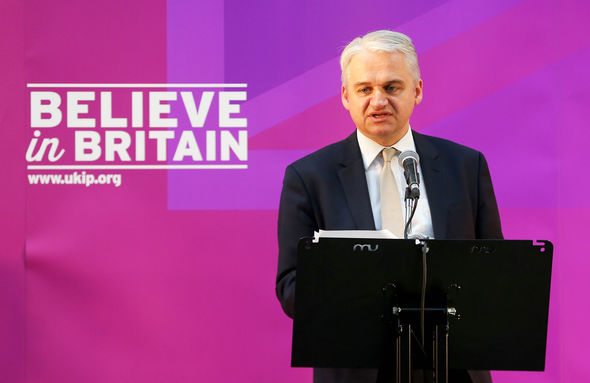 Brussels was likely to deploy a wide range of economic and regulatory measures to try to save its flagship single currency project, said the report entitled: “The Euro Currency Cul-de-sac”.

And Britain would be forced to join in the costly rescue effort if it remains a member of the Single Market.

Report author Bob Lyddon, a City banking expert, said: “The UK would be tying itself to a corpse if it seeks to join the Single Market.

“We have not escaped the liabilities and damaging effect of the Euro yet and we must do so before we are pulled down with it.

“Measured against its goals the euro has been a disaster for all but Germany and the Benelux countries that were previously linked to the Deutschmark.

“The poorer nations have in effect funded – through colossal debt – their purchase of German goods.

“When the credit runs out, as it inevitably must for the countries that cannot repay it, yet another crisis will be reached.

“At that point the UK could still be liable if we remain in the Single Market.

“The euro has failed on many of its own objectives with a trade-off for weaker economies being the surrender of control over public debt levels, interest rates and currency values, their economies de-industrialised, increasing debts to European institutions, and thus to Germany – and a complete absence of policy levers to pull in response.

“The euro has now reached an impasse.

“Designed to deliver price stability it has achieved that only when averaged across its member states, in reality some economies such as Slovakia, are suffering deflation and many are enduring catastrophic levels of youth unemployment – reaching 43% in Spain and Greece.

“The European Central bank does not see these outcomes as a problem and is content to carry on regardless of the personal suffering and social disharmony the euro is causing.”

Brian Monteith, a director of Global Britain, said: “The euro has almost been forgotten about as it is commonly thought that by voting for Brexit we have escaped its clutches, but we risk walking back into the grip of this zombie currency if we try to stay in the single market.

“The EU’s economic and regulatory policies aim to help the euro survive. If the UK remains in the Single Market British business will share the cost of saving the euro by taking on the same regulatory burdens as Eurozone member states – but with no say in their design.

“It is vital the UK leaves the single market to reduce its exposure to the euro and end the underwriting of potential euro debt liabilities by the British taxpayer.

“Leaving the EU only to go back into the Single Market is pointless and could prove worse than being a full member.”

In response to the remarks from the World Trade Organisation chief, the Prime Minister’s spokeswoman said: “We have been very clear that we are focused on making the most of the opportunities of leaving the EU, working with our partners there and looking more broadly at how we can make sure it is a smooth and orderly departure.

“We are working to address uncertainty where we can and on taking the trade opportunities ahead.”