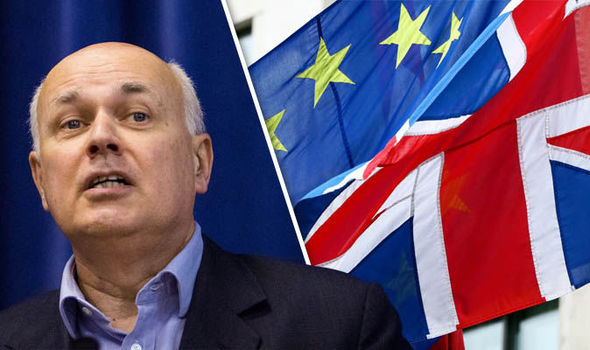 A plan put forward by a group of Tory MPs for Parliament to just repeal the 1972 European Communities Act and leave the EU immediately is “on the table” according to a Whitehall source.

The revelation comes as former Tory leader Iain Duncan Smith yesterday piled on the pressure for Britain to leave the EU as quickly as possible following the historic vote in the referendum on June 23.

The prominent Brexiteer said the UK should not necessarily seek to remain a member of the single market as such a move would involve surrendering control to Brussels.

He also predicted the Government will trigger Article 50 early in the new year and start the formal two-year countdown to Britain leaving the EU.

But a plan drawn up by former Cabinet minister John Redwood – and supported by a growing number of Tory MPs – could see Britain come out even more quickly with the repeal of the 1972 Act and then simply informing Brussels that Britain has left the EU.

EU insiders have claimed that such a move would be illegal but Mr Redwood has said legal advice he has received means that it is legal.

Mr Redwood said: “Article 50 of the Treaty states clearly that ‘any member state may decide to withdraw from the Union in accordance with its own constitutional requirements.’

He added: “In the case of the UK this means passing an Act of Parliament.”

He and other prominent Eurosceptics argue that Britain could continue with free trade with the EU and would only have to impose tariffs if it imposes them first.

A senior Whitehall source told the Daily Express that option is among those being considered. 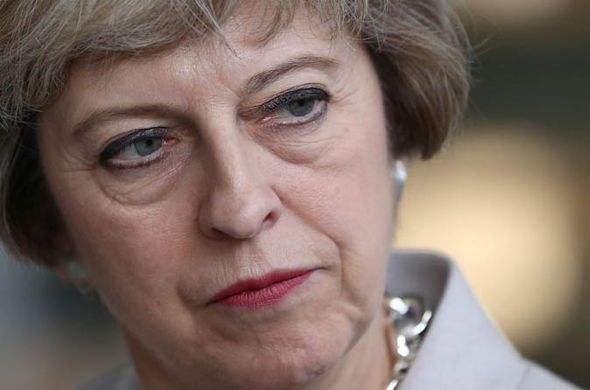 The source said: “There is no definitive legal opinion on a quick and hard Brexit so all options are being considered with the proviso that we will need to trade with and cooperate with what’s left of the EU in the future.”

Previously, the Prime Minister has said that she won’t trigger Article 50 until there is a UK approach and clear objectives for negotiations.

A Government source said that “nobody should fool themselves” that leaving will be quick and easy but the Government “will not be providing a running commentary.”

Currently Brexit Secretary David Davis is leading the strategy to Leave the EU with new Trade Secretary Liam Fox working on free trade deals around the world with at least 27 countries interested in starting a new economic relationship with the UK.

Speaking to Radio 4’s Today Programme, Mr Duncan Smith said that it would be in the EU’s interests to keep trading as normal with the UK.

Currently, the EU sells £24 billion more in goods to the UK than it buys from Britain.

Mr Duncan Smith said: “I think we would like to have, and I think it would be in the interests of the European Union even more than it might be for the UK, to maintain a trading relationship with the UK.

“Bearing in mind that we will anyway have access to the marketplace under World Trade Organisation (WTO) rules, so the question really is – do we want more preferential arrangements than that?” 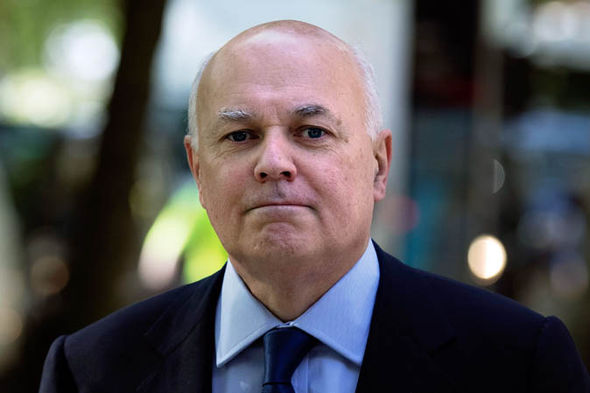 Asked if he would be happy with WTO rules, he said: “I’m saying that’s the extent of where you could be and you’d still get access to the marketplace.

“I’ve already made it clear that my personal view is we should not seek to remain a member of the customs union nor necessarily remain a full member of the single market, because that would entail putting yourself yet again under the rule of European law.

“And that was one of the key areas that the British public voted for in the process of taking back control.”

If Britain does not negotiate a separate deal, its trade with the EU will revert to WTO rules.

This would mean there would be no free movement or financial contribution and no obligation to apply EU laws, but the UK and EU would be obliged to apply to each other the tariffs they apply to the rest of the world.

Mr Duncan Smith said: “Actually, if you look across the European Union, many of those countries now are quite desperate to sort out the relationship with the UK.

“For example, Germany is going through quite a difficult period right now, their manufacturers are deeply worried about what will happen afterwards, and they want to find a way to make sure that they don’t end up having tariff barriers imposed on them as they export.

“That, of course, is possible to arrange even under the WTO process.

“What they want is, and we want, the bottom line is tariff-free access to the market and for them to do the same for us.”

Senior figures in the EU are already making it clear they fear a quick hard exit from the EU by Britain meaning the loss of its £10 billion in net contributions over night. 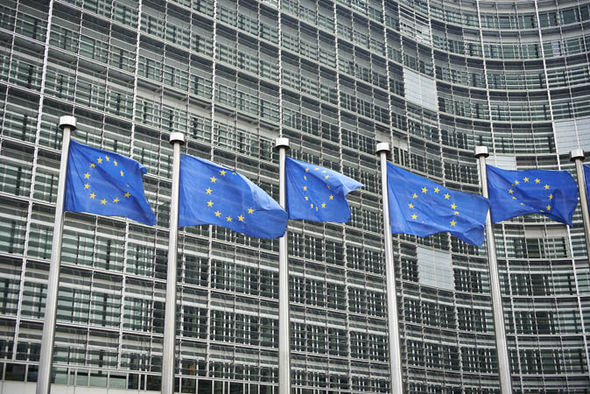 In response they have already suggested they may take legal action to try to prevent it from happening.

He went on: “If they [the UK Government] really proceeded with this, we would take them to court and eventually take counter-measures.

“One should not expect the EU would just let such a thing happen.”