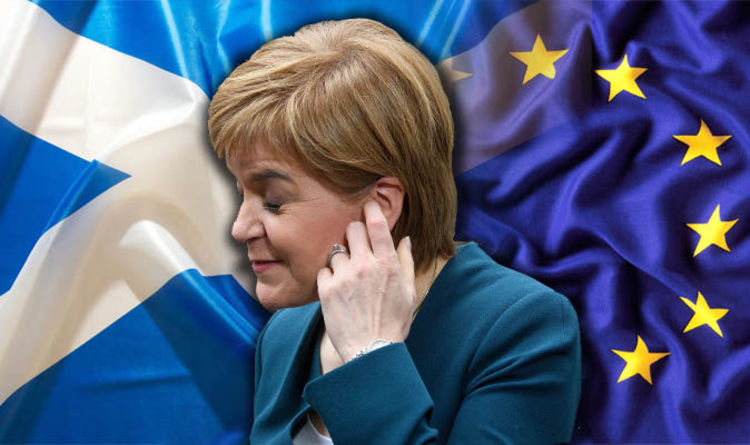 The junior Brexit minister told the Commons he could not see how one part of the UK could remain in the European single market if the rest was not.

Scottish First Minister Nicola Sturgeon has said she is looking at ways to keep the country in the trade bloc, which would probably result in different arrangements north and south of the border.

One Tory MP could be heard saying: “It’ll be a short answer.”

Mr Jones replied to Mr Mullin: “I have to say I find it extremely difficult to see how one part of the United Kingdom could remain part of the single market while the rest was not.

“I would refer you to what the First Minister of Wales (Carwyn Jones) said only the other day, when he said he couldn’t see how there could be separate market arrangements between different nations in the UK that share the same land mass.”