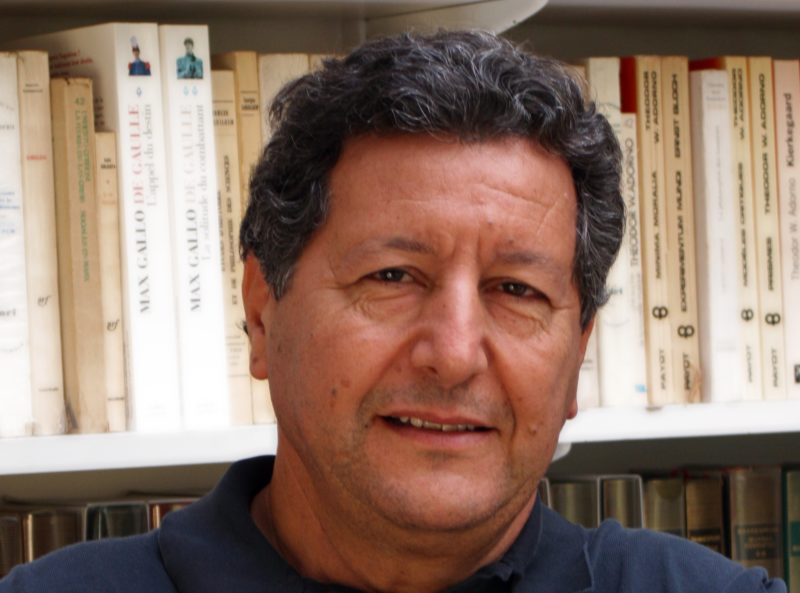 French political philosopher Sami Naïr has proposed a “transit passport” for refugees and has warned that the EU stands at a juncture; one path leads to civilisation, the other towards “barbarism”. EurActiv Spain reports.

Former MEP, philosopher, sociologist and professor, Sam Naïr is a specialist in migration and first coined the term co-development. Now he has proposed a number of measures in his new book, such as a “transit passport” for refugees.

He also warned that this is not just a matter of solving an immediate problem, but is a “problem of civilisation” and “knowing what civilisation we want”.

His proposed passport would aim to encourage organised movement within Europe, particularly in the Schengen area, and would allow refugees to find a country that is willing to take them in, instead of being left to “drown somewhere without solution or prospects”.

Naïr pointed out that the Geneva Convention and the UN’s bill of human rights both guarantee the dignity of people.

At the same time, the former advisor to former Prime Minister of France Lionel Jospin said that Brussels could do more to economically assist countries that border warzones, in order to stabilise the population and exert political pressure on those countries involved in conflicts, especially those in the Middle East.

Naïr also added that the US and the UK, those powers primarily responsible for destabilising the region, should be held to account to a greater extent, the refugee crisis included.

The latter is a crisis that Naïr maintains the EU is still in a position to deal with and believes that an area with a population of some 513 million people can “absorb” the refugees. “What are four or five million refugees, Syrian, Afghan, Eritrean, Iraqi or otherwise, to a population of more than 500 million Europeans? Absolutely nothing,” the French intellectual insisted.

To date, Europe has taken in 0.7% of refugees that have been displaced, compared with Turkey, which has absorbed about 12%.

Naïr added that it is fundamental that the “truth” must be told to the general public and that reports by international organisations like the International Monetary Fund (IMF) or the World Trade Organisation (WTO), which highlight the positive economic effects of that refugees can bring, have to be put under the spotlight.

On integration concerns, Naïr said that he knew “of no examples of immigration” where integration has not been successful after one, two, three or four generations. He added that diversity is a “fundamental law of humanity”.

Naïr admitted that “fear of the foreigner”, the economic crisis and other factors has mixed together and has been used by xenophobic and anti-establishment movements in order to weaken the traditional political parties, leading to dramatic consequences.

Jean-Claude Juncker, president of the European Commission, also came in for criticism from Naïr, the migration specialist said that his Commission is “not up to the job”.

“The only way that we are going to ensure that Europe is not lost is to start over, not economically, but politically, by building a political union between European countries, defining our common political objectives and including those who want to be involved and letting go of those who don’t. It’s the only solution,” he concluded.